Increase your chances of accomplishing your short and long-term health and fitness goals through the simple addition of the sunshine vitamin.

With summer long gone, are you finding it increasing difficult to get out and enjoy a little fresh air and sunshine? If so, chances are you’re like most Americans who find themselves deficient in what’s commonly referred to as the sunshine vitamin – vitamin D. But, while seasons may change, our basic needs do not. And, regardless of whether we’re blessed with the beautiful, scorching days of summer, or the dreary, often chilly days of fall, it’s extremely important to get vitamin D. Why? We’ve compiled a list of six of the most important reasons.

Are you becoming progressively more forgetful or even mentally sluggish? According to recent British research, there may be a way to curb this. Researchers performed blood tests on more than 3,000 European men and discovered that participants with higher levels of vitamin D displayed superior memory function and information processing capabilities than those with lower levels of the sunshine vitamin. If you’re unsure of your vitamin D levels, ask your doctor to set up a blood test.

You’ve probably heard your friends say “starve a cold and feed a fever.” Colorado and Massachusetts researchers recently discovered that the opposite might be better advice. The study found that participants with lesser amounts of vitamin D in their bloodstream were over 30% more likely to have had a recent infection than those whose blood tests indicated higher levels of vitamin D. In other words, forget your friends’ advice. Instead, listen to statistical evidence and include vitamin D in your diet.

Are your pants getting tighter? Hit the gym and leave the yo-yo diets to the celebrities. You might also want to try some vitamin D fortified orange juice. A recent 16-week study indicated that participants who consumed orange juice fortified with calcium and vitamin D had a significant reduction in abdominal fat over those who consumed the same orange juice without vitamin D. So the next time you’re in the grocery store, read the nutrition labels and choose an orange juice high in vitamin D.

Do heart problems run in your family? If so, you might be interested to know about a recent Copenhagen University Hospital study. Research revealed that participants who had the lowest levels of vitamin D were found to have had an 81% increased potential to die from heart disease, 64% greater risk of heart attacks, and 57% higher chance of early death than those with the highest vitamin D levels. Add vitamin D rich foods and beverages such as salmon and milk to your grocery list and better your odds.

5. Care For Your Hair

Everyone knows to attract the ladies you have to take care of your hair. What you may not have considered is the role of vitamin D. Researchers recently revealed that vitamin D has the ability to revive receptors in hair follicles that seemingly die and consequently leads many men to developing male pattern baldness. While more research will be conducted, these findings might be enough to prompt many to ditch their favorite stone cold beer in favor of a warm glass of milk. 7 mothers that didn’t eat for two 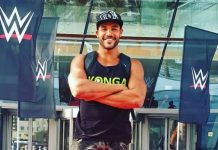