In the scalding heat of the Egyptian summer, Dominic Di Tommaso  Parkoured his way through Cairo’s famous landmarks, dashing through the Pyramids, Khan el Khalili Old Market, The Sphinx, The Nile, Salah El-Din Citadel, and the Nazlet el Semman urban area, near to the Pyramids. Running for 3 day in six locations, the free runner documented his journey in his short film Dom-ination Cairo. Had the crew not pulled it off on time, despite weather and logistical complications, the shoot would’ve been cancelled.

“I was drawn to the freedom aspect of parkour”

We stopped Dom for a little chat about his experience:

Was the shoot more or less what you’d expected?

Egypt was a mind-blowing experience and the shoot was everything I could expect and more. We got to see these amazing locations.

What was the hardest move/trick during the shoot?

The hardest move, surprisingly, was dive-rolling over the camels. It took a lot of co-ordination to place them in the right positions and then to have the cameras at the correct angles, not to mention that the sand beneath them was quite soft.

If you want to deliver one message from this shoot to your audience, what it would be?

It would be to go and visit Egypt; go and see the amazing history and culture. The people are so welcoming and the culture is so friendly. I can’t recommend it enough.

What was the biggest takeaway from the shoot?

The thing I learned the most from this shoot was to discover my physical limits. Being able to shoot for long days in this heat was really a good test to find out how much I could actually put out, while maintaining my performance over three days.

Would you say there’s an Egyptian parkour community?

There’s a strong Egyptian parkour community from what I’ve seen online, they seem like a fantastic bubbly community. I advise them to just keep doing parkour and getting the name of parkour out there in any way that will lead to legitimise it to the general public to really help the sport move forward.

Who’s Omar Mokbel and how did you come together?

He’s someone that I was recommended to hang out with by my friend Jason Paul. Omar’s a very special member of the parkour community in Egypt. He’s a lovely guy, who really wants to see parkour grow. We connected before I came to Egypt and he has been hanging out with me during the shoot. He really helped a lot. Thanks Omar!

This Interview brought to you by Redbull Egypt 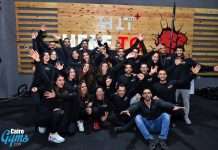 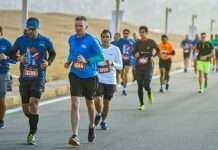 Simo Ahmed: from an amateur to a marathon runner in 3... 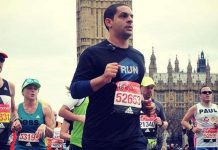