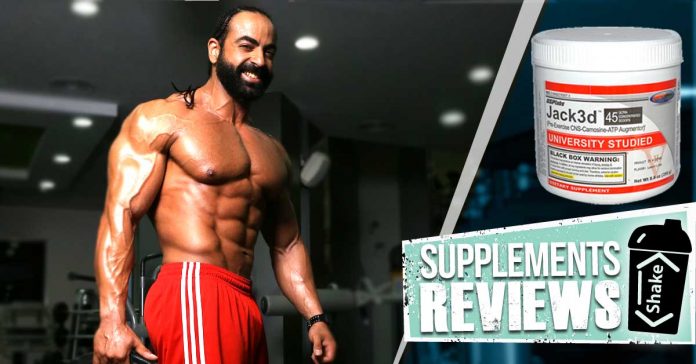 Micro engineered advanced Pre-workout product released about 3 years ago knocking out many of its similes.

Comes in three different formulas that you can differentiate just by sight as its boldly written on the container (university studies, Advanced formula, Micro Super Performance)

This product with all its formulas is based mainly on one of two active ingredients Caffeine or Arginine complex.

Jack3d with its 3 formulas offers its user stamina for long and intense workouts, fights fatigue and speeds up muscle recovery in a way.

It was banned in a lot of countries all following the Brits as it contains a stimulant known as DMAA (dimethylamylamine) that has been linked to higher than normal rates of high blood pressure, headaches, vomiting, stroke and even a death.

The UK’s medicines watchdog MHRA (Medicines and Healthcare products Regulatory Agency) has ruled it is unlicensed along with all other DMAA containing products need to be removed from the market to protect public safety.

And don’t worry you are not supposed to see that one in the market anymore. 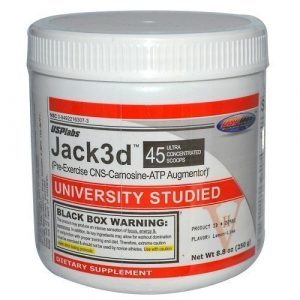 And I guess that’s why they call it advanced because they adjusted the DMAA issue.
And it contains 100mg of caffeine which promotes focus & endurances and creatine monohydrate which promotes power and recovery.

MIRO means concentrated; it has extra of everything. More caffeine 150mg which is 50% more than the advanced formula, with the arginine complex which makes the impact harder for massive effect.

Products benefits over others

Some would think these products are only used for people who are weak of not strong enough that can’t reach the desired level of performance. But that talk is absolutely wrong, because pre-workouts not only gives the power you need to finish your session with maximum performance but also it helps your mental focus to do your thing with the right form avoiding injuries and deformations. Moreover, they speeds up recovery via flowing all the nutriments right into where they belong and when they are needed, into the muscles during the workout. Nina Kabbany: The Yoga Influencer You Need to Follow!