Home Success Stories 3asab, a champion proves that age and injuries are just nothing

“Age is just a number.” Many sports champions have proven it along the years. This time we have a champion that is proving that age, as well as, a physical injury can’t hinder him from what he wanted to do. He is Muhammed Ali 3asab, the bodybuilding champion. Although 3asab used to train from an early age, the first time he joined International championships was at the age of 32 and after he was subjected to a cruciate ligament injury.

Outside of the comfort zone 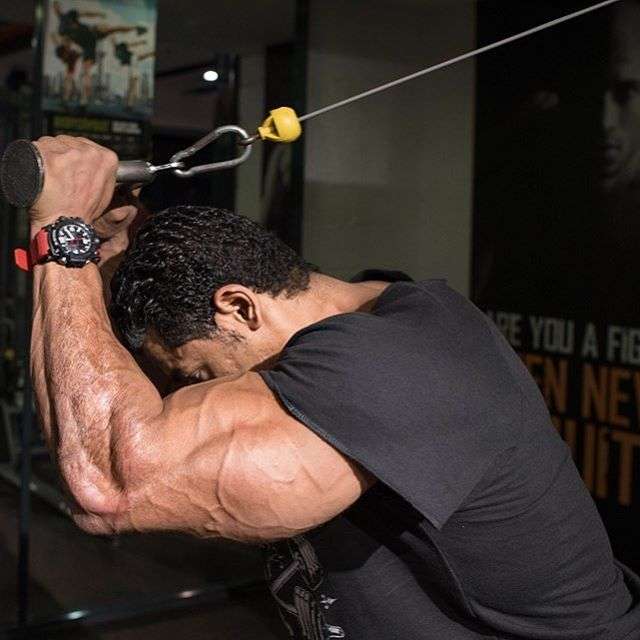 The first step was 6 years ago when 3asab decided to make a career shift from an IT specialist to a trainer and gym owner when he founded Balance and Hers gyms. Although the 2 gyms became a success and 3asab progressed in the training field which encouraged him to leave the IT field for good, this big responsibility took him from working on his own body. The challenge become more difficult when his injury took place in 2012, but 3asab didn’t give up. He spent 2013 in a rehabilitation process, then in 2014 he worked on returning his leg to its normal size. 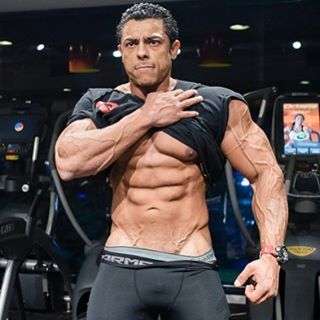 Then came the defining moment a year ago when his body was in the worst state to think of making a sports achievement. He was 104 kilos with a fatty body. But because 3asab is the kind of person who goes the extra mile, he didn’t choose to make a normal body transformation to his body, he decided to do this for joining the world championship! 3asab chose to take it the hard way because he believed that every time he used to stop before, that was because of the lack of a precise goal. That’s why he decided to put a big goal for himself to reach.

It will never be easy 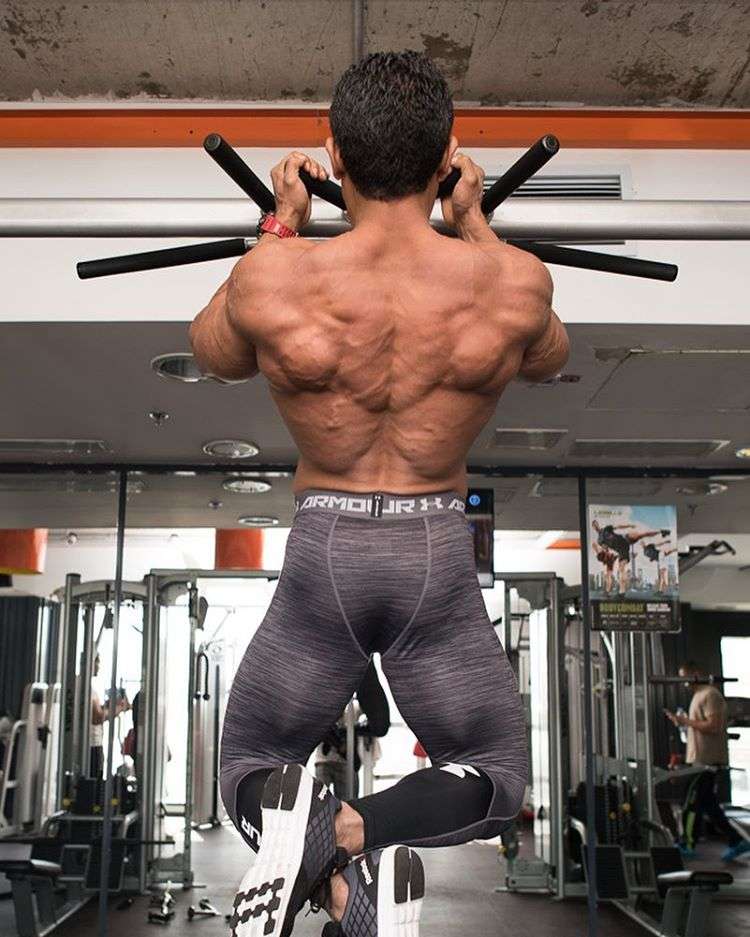 One of the most important things that helped him, aside his strong will, is that he used to train all his life. Although he quitted for a while, 3asab explained to us that any person who used to train has something called muscle memory. So when he stops for some time, and then revert back, this memory helps him. That’s why it’s not like starting from scratch. However, it was not easy at all, 3asab had to train for more than 3 hours everyday and eat 1500 calories less than his body needs.

It was not just the difficulty of the the training and nutrition plan, but the real challenge was that 3asab had to take this experience alone! After training side by side to the whole national team for bodybuilding, he had to travel to the championship alone when their visas were rejected because they weren’t supported by official documents from The Ministry of Youths and Sports. This was very shocking for 3asab as they used to train together and support each others. It was very scary for him to stand on stage alone! 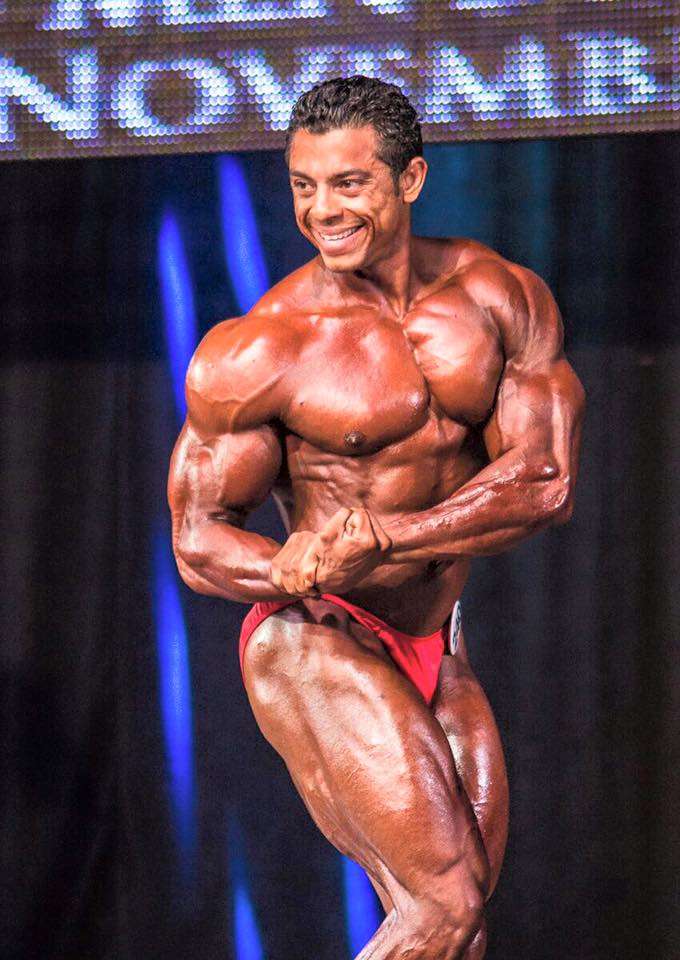 3asab was qualified to the top ten, but he didn’t manage to take any places. 3asab clarified that he was expecting this because it was not easy to make it from the first year.

Then he was qualified to Mr Olympia of Jordan with much moral support as this time the whole national team travelled with him. The team won the first place and 3asab got the eighth place.

From 3asab’s point of view, what distinguishes him the most, aside will and persistence, is that he always competes with the spirit of a child who is not afraid to lose or that people might mock him. This what made him believed that he could do it to the world championship despite all the discouragement he received from all his family and friends. 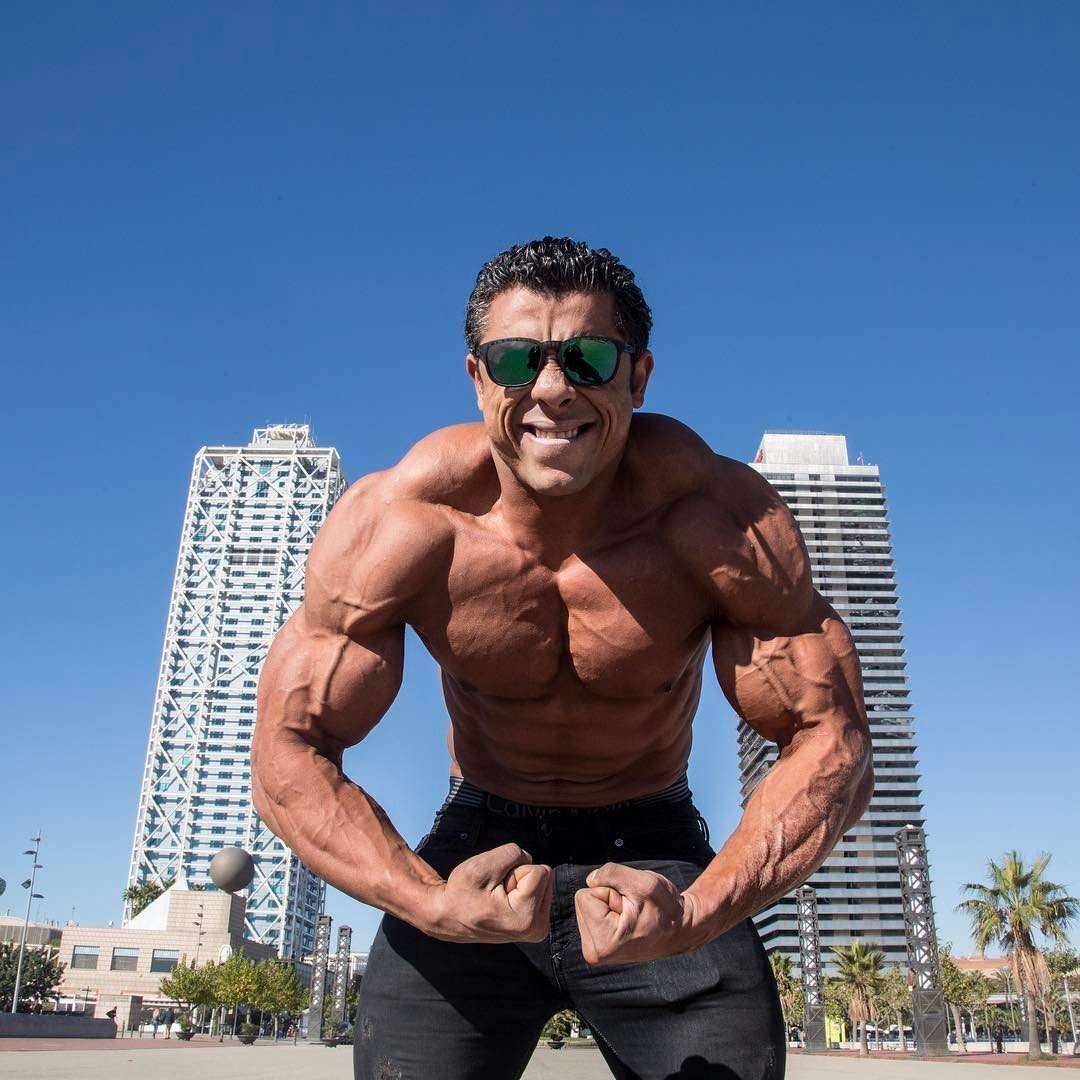 In a sport like bodybuilding, taking supplements is very common and this doesn’t usually happen in a proper way especially among teens. According to 3asab, teens shouldn’t think of supplements as an option because at this stage their bodies and hormones are still developing and in a very good condition so they have to exploit this opportunity instead of depending on supplements. They should focus on building their muscles, not take supplements before the age of 21 and under the supervision of their coaches, and not think of joining a championship before the age of 16 in all developed countries. 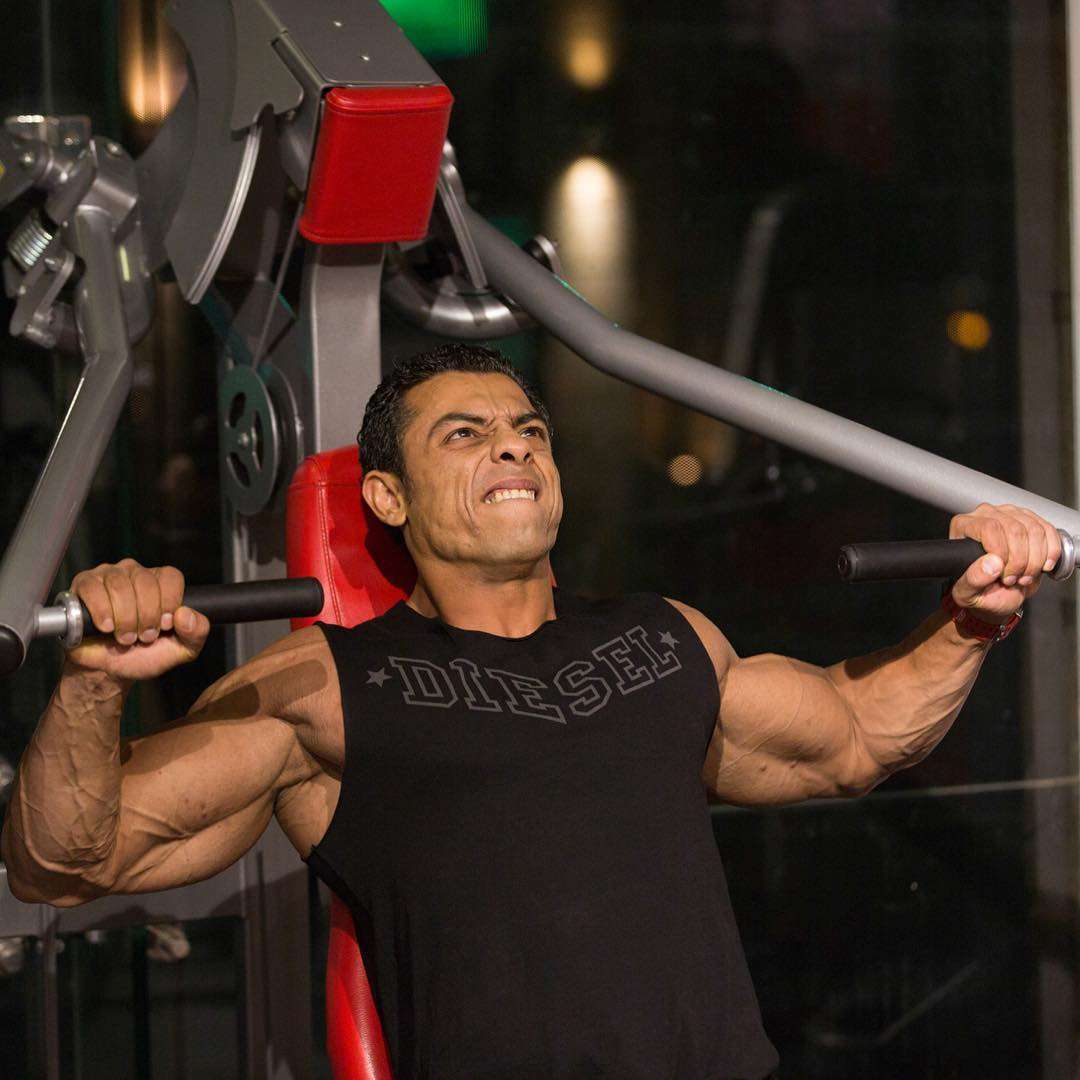 There is a claim that bodybuilding, being focused on white fibers, doesn’t actually strengthen the muscles on the long term. No better person to explain this to us than 3asab. 3asab clarified that there are some sports that fall under the category of endurance like triathlon and other are considered strenght ones which are high intensity olympic lifting that reaches 90% or more. Bodybuilding is in the middle, its intensity ranges from 70 – 80%, so it’s in between endurance and strength. This mean that a bodybuilder can lift weights as heavy as a strength player, make big number of repetitions, and do cardio for 2 and a half hours daily which proves that his endurance is high. 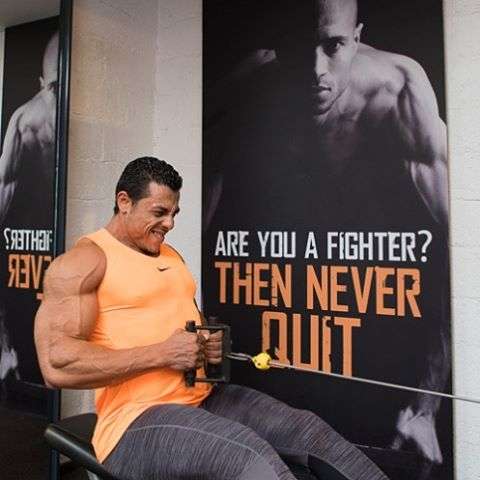 Although it’s one of the old sports that Egyptian progressed in, it doesn’t take the needed support. 3asab explained that bodybuilders need huge support especially nowadays because of the deteriorated financial state that makes affording supplements, needed food nutrients, and training with a professional coach difficult for them. Therefore, they need support from the state and sponsors as well.

3asab’s actions are louder than words

At the end of this fruitful rich interview with 3asab, when we asked him to give an advice to youths, he advise them with what he really did. He assured that nothing is easy and whoever want to be a champion, should know that the road won’t be paved. He gave an example of Mohamed Ihab, the weight lifting olympian. 3asab said that Ihab faced many hard conditions, he didn’t have the enough money and he didn’t receive any moral or financial support from the union, on the contrary, but he persisted to contunie and whenever he worked harder, he receieved offers from sponsors.

3asab‘s second advice to youths was to be different and to not follow the same path of others. 3asab sees that because a champion is a different person, he shouldn’t be like others, he doesn’t necessarily have to work in a full time job like all his peers. He has to get outside of his comfort zone and take risks. 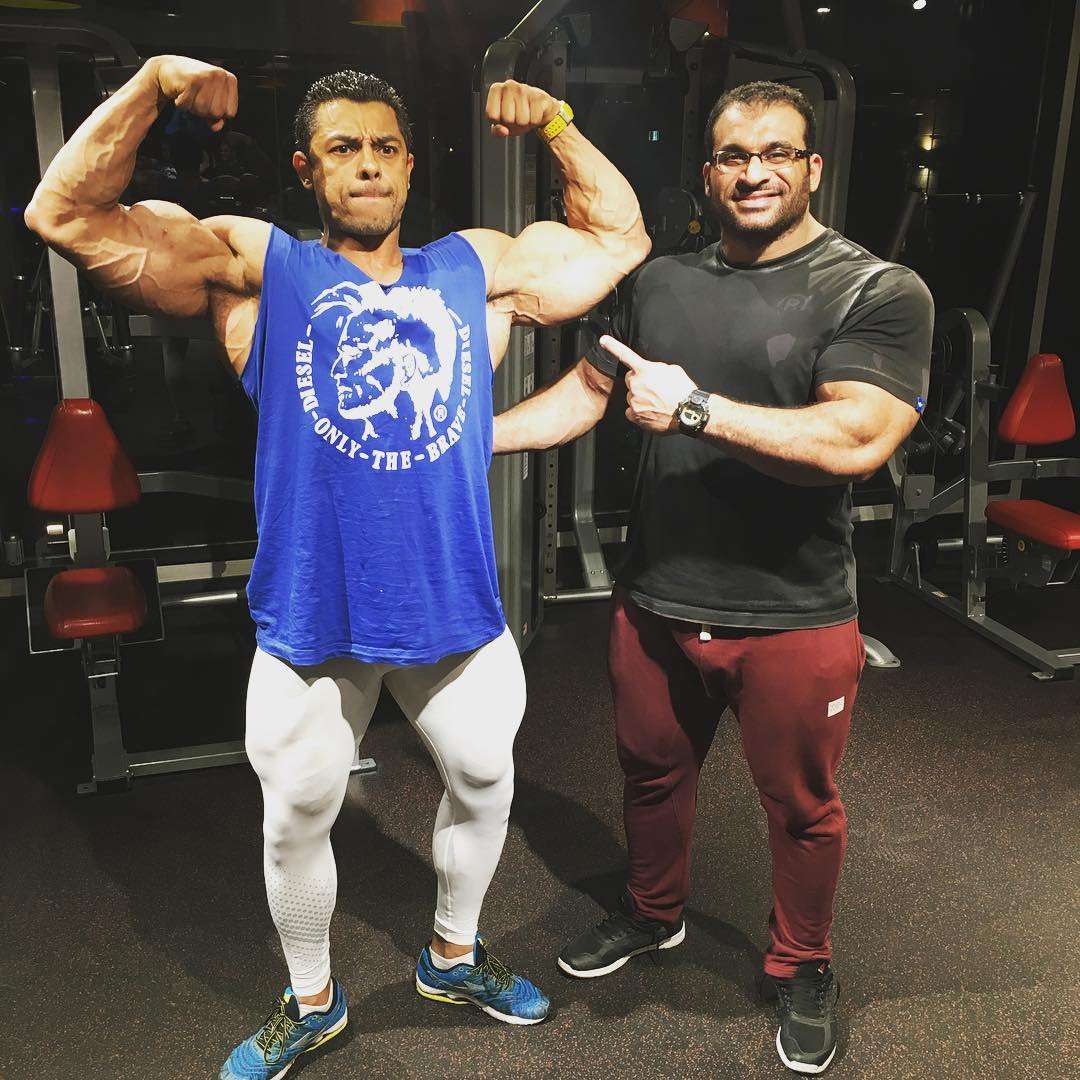