Home News 9 Actors Who Aced Their Physique in Ramadan 2022 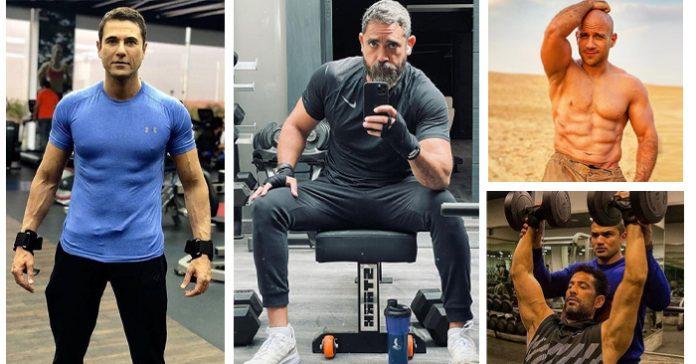 Ramadan series this year are full of art, and besides art, drama, comedy, and action, fitness played a role too! We bring to you 9 actors who have made an appearance with a Physique that didn’t come easy, there was a lot of training behind the scenes!

Asser’s appearance in the adaptation of the American television series “Suits, has dropped jaws! The Egyptian version revolves around Adam Mansour and Zain Thabet, who face many challenges together. We know he won the fitness challenge!

Al Aa’edoon is following up on Ramadan 2021’s Hagma Mortada 2, with the outstanding Amir Karara taking the lead!  The series is back with events inspired by the files of the Egyptian General Intelligence and one fit karara!

Ezz plays one of 3 employees in different military sectors working behind the scenes through a dangerous time Egyptian history, the revolution, emerging with a physical revolution of his own!

Amr Saad – The star returns this year with a new social drama series, “Touba”, he shows up with a great physique throughout the episodes!

As for the star Khaled Al-Nabawy, he returns this Ramadan with his new series “Rageen Ya Hawa” and a body that has done some great work-out!

Mekky never fails to amaze! He returns to television with season 6 of the popular comedy series “El Kabeer Awy,”, it’s hard to not notice the muscles; so much happens behind the scenes!

Mohamed Ramadan plays Maher in El Meshwar, and although his character attempts to hide a big secret, it’s no secret he’s been training well for that body!

Amr Mahdi makes a great appearance in the Ramadan series” Ragaen ya hawa”.

There’s a lot of sweating behind the scenes!

Jomana Yasser returns to life after her heart stopped beating.