Home News A Race Through History: Pyramids Half Marathon 2020 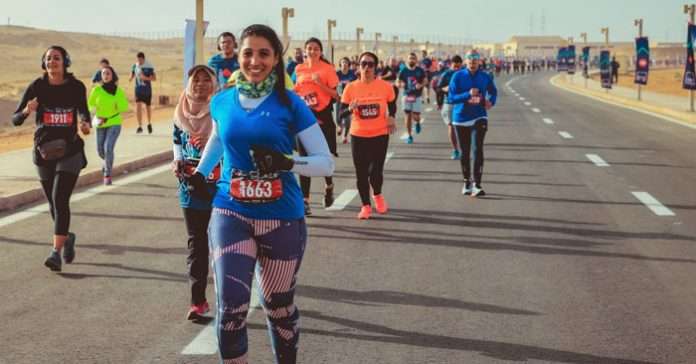 The TriFactory is proud to announce that its flagship running event at the Great Pyramids of Giza will take place on Saturday, February 22nd, 2020, featuring three exciting distances: the 21K, 10K, and 6K. The Pyramids Half Marathon will feature brand new race courses, building on the success of the inaugural event in 2019, that will see athletes from all over the world running right through the heart of the Pyramids.

The Pyramids Half Marathon is an amazing opportunity for runners of all ages and abilities to experience the last remaining Wonder of the Ancient World. Last year’s event brought together 3600 runners representing 77 different nationalities, and The TriFactory is looking forward to welcoming more runners to the 2020 edition of the event.
The Pyramids Half Marathon boasts 100% paved roads which are entirely pedestrianised during the course of the race, a major advantage for runners that is in line with international standards. All three races are also timed using the MyLaps timing system, the same technology deployed at the Olympic Games, further cementing the Pyramids Half Marathon’s pedigree as an international calibre road running event.

Registration for all three races at the Pyramids Half Marathon – 21K, 10K, & 6K – opens on Wednesday, October 16th. Runners can visit www.pyramidshalfmarathon.com to find out more about the event and to complete their registrations.