Home News After a very shocking retirement in October 2019, Mohamed Ehab might not... 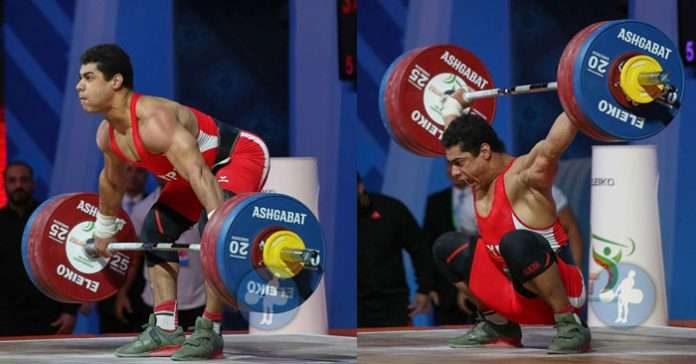 Mohamed Ehab is an international weightlifting phenomenon, and his accomplishments sure do speak for themselves. Olympic Champion, World Champion, African champion, and world record holder, Mohammed has had an athletic career like no other, and it’s going to be a very long time, if ever, before anyone could math it.

Ehab started weightlifting when he was 8, and has been practicing ever since. He comes from a family of athletes, where his father was also a weightlifting champion, and he studied at the faculty of physical education, specializing in weightlifting. This very strong background of his came in super handy while pursuing his weightlifting career.

Last October, Mohamed Ehab’s retirement announcement came as a shock not only to Egyptians, but to the world as a whole. In 2016, the International Weightlifting Federation (IWF) handed Egypt a 2 year international ban after 7 weightlifting youths tested positive for doping. The entire team was sentenced: the athletes, the coaches, and the medical crew. There were attempts to exempt Mohamed from this decision, given that none of the senior team tested positive. Just when things started looking  hopeful, 5 of the senior team athletes tested positive, destroying whatever chance Ehab had left. Devastated by his ban from participating in the Olympics that he’s been ever so hard training for, Ehab announced his retirement from the sport of weightlifting.

Even though things are not looking so great, Mohamed’s love for the sport and his burning desire to bring gold home from the Tokyo 2020 Olympics make it almost impossible for him to lose hope. He will continue training for the Olympics until the end of the qualifications period, which is in April 2020. If the ban is lifted, Ehab will honorably represent Egypt in the Tokyo 2020 Olympics; if not, Mohamed will finalize his retirement once and for all and will be shifting to coaching and pursuing his master’s degree.

Despite how frustrating and unjust this all may seem, a team is a team in the world of sports; you either rise together, or you bring each other down. Wherever life puts him, and whatever he chooses to do next, Mohamed is for sure going to be as exceptional as he is an athlete.