Home News Ahmed Ezz: From an actor to an MMA fighter 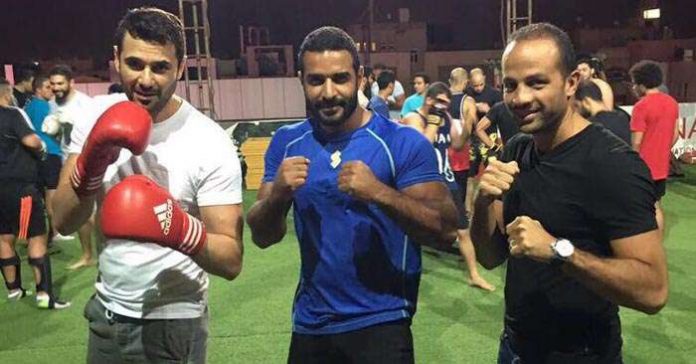 Ahmed Ezz’s latest movie ‘the cell’, was a huge success. We conducted an interview with one of his trainers Sherif Mayamy and asked him some questions about the movie preparations and the training Ahmed Ezz went through, keep reading. 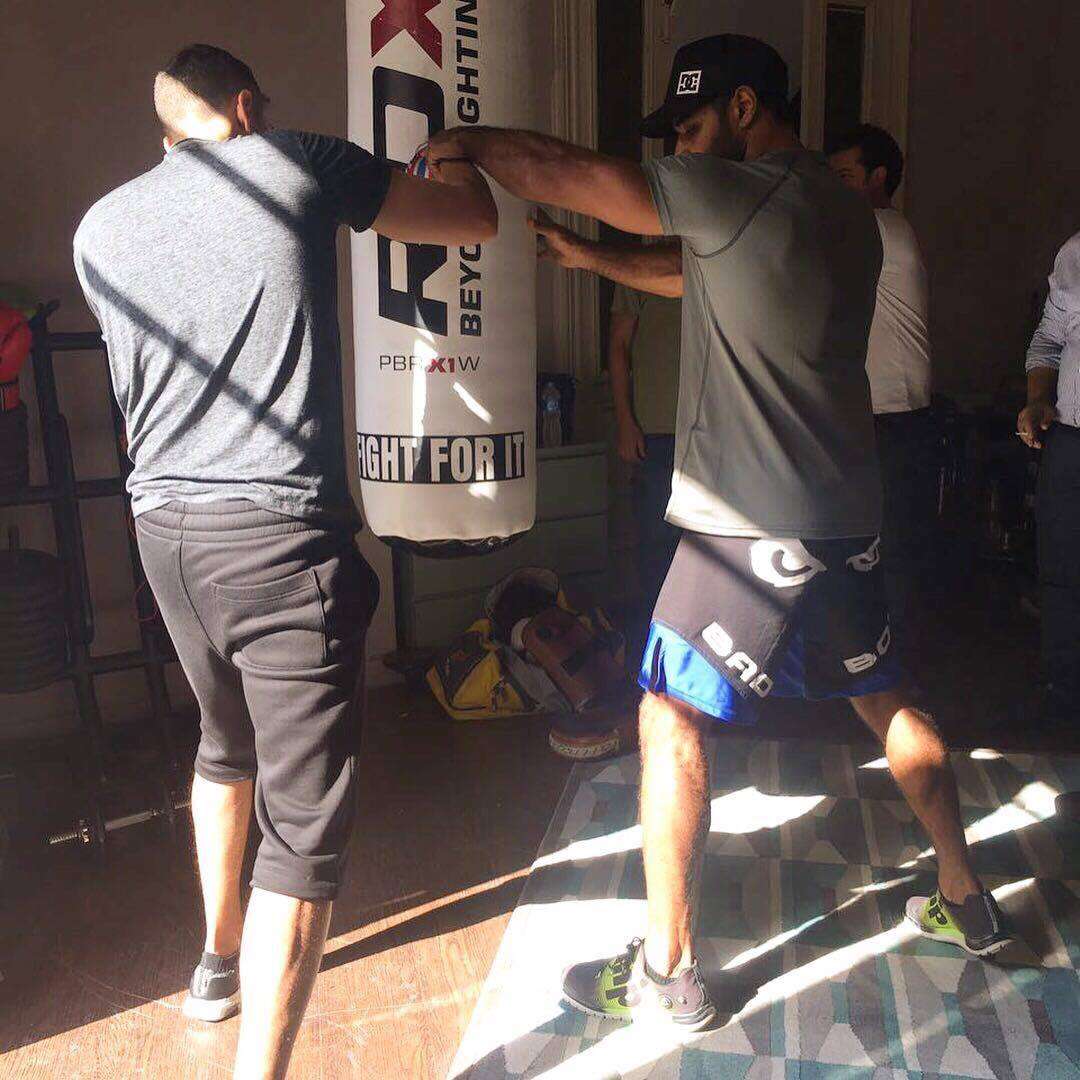 What kind of training and preparation did Ahmed Ezz go through for the movie? Some people think that it’s easy being an actor and personalizing characters, but it’s not. Ahmed Ezz went through 3 different phases of training to get there.
1) Gym preparations
2) Martial Arts
3) Gun-using

Can you tell us more about each phase?

The writer wanted the character to be in a certain shape and that’s what the gym preparations were for. It took Ezz between five and six months to be ‘in character’. During that phase, he was also given nutrition plans to complement his training. These plans were given by me and Ezz’s coach.
His martial arts training was done at The Fight Zone Egypt and it took him a month and a half to perfect every movement. During this period, I was with Ezz step by step to get the job done.
Finally, his gun-using training was done at the police academy and it lasted between two and three weeks.

What about your part with the martial arts? 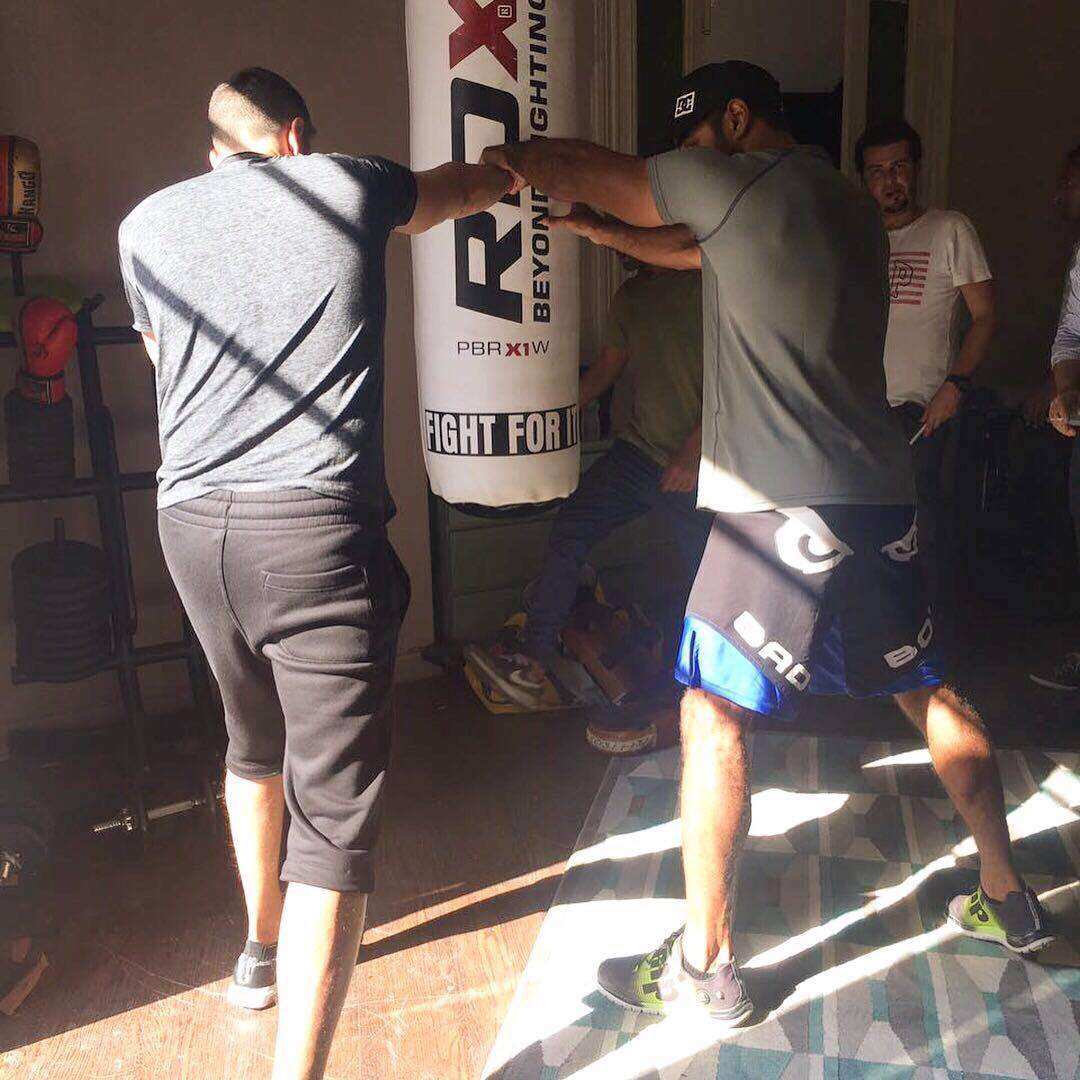 My part wasn’t easy; Every movement took us so much time to get right. Every movement was filmed more than once, so we can pick the best of them all. I remember it took us around four hours to do a certain fight scene. However, I had a goal in mind; I wanted to offer something unique and didn’t want this to be just a ‘typical fight scene’ in a movie. This is why I introduced the movement ‘superman punch’, where Ezz jumps and twists his entire body, which we all saw in the movie.

What was your favorite moment on set? 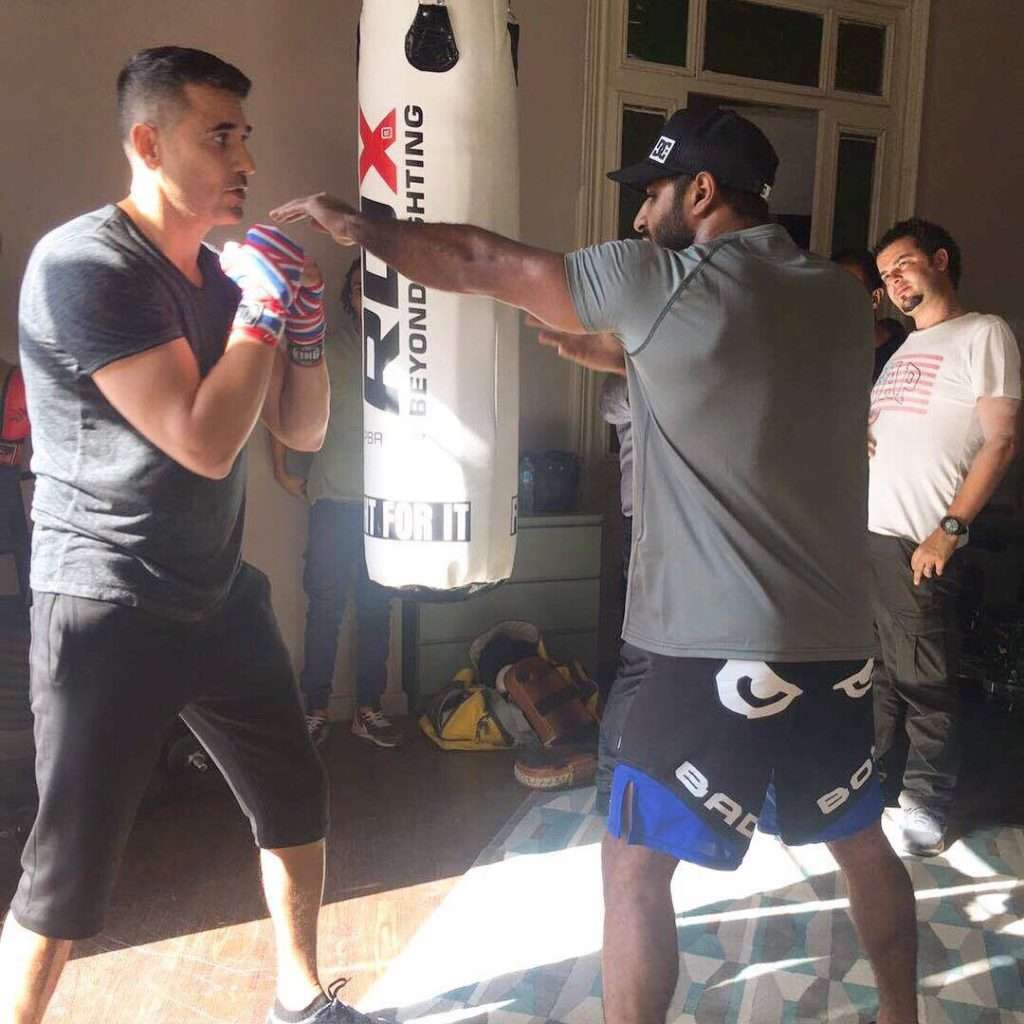 When I train, I sometimes lose myself in the process; at some point, my voice started getting louder and I started shouting. I only started paying attention when I saw everybody on set laughing. We had a good laugh that day.

What would you tell our readers who are interested in MMA?

Preparing an MMA fighter has more than what meets the eye; It’s not just about getting the move right or perfecting the technique. It’s more about the soul of a fighter. If you don’t believe in your skills, you will end up imitating or shadowing other people. Part of my job is to get people to believe they can actually stand up and fight, sometimes it takes months to get them believing in themselves. However, once they do, the results are always amazing. A fighter has to be strong enough to dominate the opponent, throw powerful punches and kicks, and be able to resist a constant application of force. He/she has to be powerful and fast and have enough endurance to perform intensely for five-minute rounds. Training programs have to include all of the above qualities, without compromising one another. We train kids, ladies, adults of different ages and fitness levels.
When star Ahmed Ezz came to fight zone during his movie preparations, he was eager to learn all about kickboxing and MMA. We didn’t only teach him how to punch and kick, we also provided lots of details on how to wear hand wrap, fighting positions, the body posture during the different techniques, and more. Our goal was to convince the audience that he is a real special force officer. Every detail mattered; we wanted this to be very realistic. Lots of movies failed in the past because the actors weren’t perfecting their characters. Nowadays, audiences are very well educated and informed.