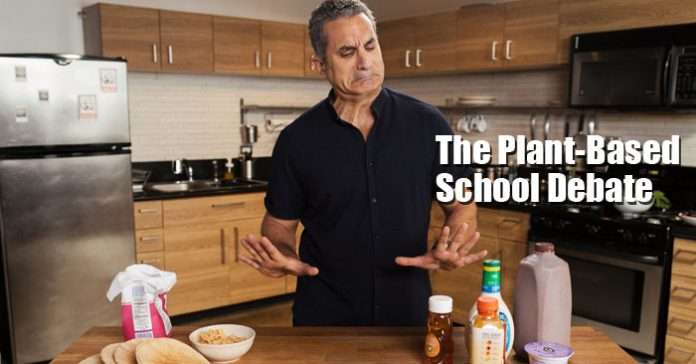 In 2017, Bassem Youssef published a post saying that he has been following a plant based (Vegan) diet for over 4 years ( 6 years now). Bassem stated that he believes eating meat, and animal based products is nothing less than addictive, and that avoiding all non-plant based foods is the better option for both humans and animals alike, live healthy and let the animals be!

Bassem Yousef recently started  his TV show “Plant B”, an all vegan sanctuary! His website is showered with recipes and success stories about people who have improved their quality of life, by either losing weight, or reversing the symptoms of their disease.

The parallel view however has been opposing this idea long before. Many people say it is essential to eat a specific amount of meat, and others stress on the benefits of dairy products. Memes have taken the internet by storm after the show started to air, mocking the vegan diet.

The world is split between ideas of  pro-vegan, anti-vegan, and being your doctor, studying and understanding what your body needs, and providing it with the right quantities!

Although different opinions and schools arise regarding the most healthy diet habit, most people believe you should follow your own school, and that probably neither is right or wrong! What do you think?!

10 Suhoor Recipes to Prepare In 5 mins