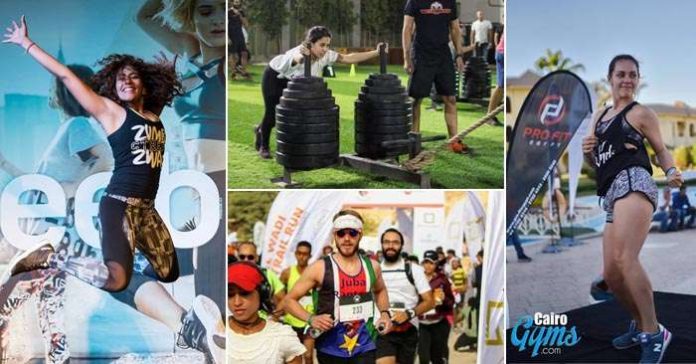 It’s time we say goodbye to another year! 2017 was filled with lots and lots of happy moments that have turned into happy memories. To celebrate the new year, we decided to open our 2017 memory box and share with you some of the best events that took place this year in the fitness community. 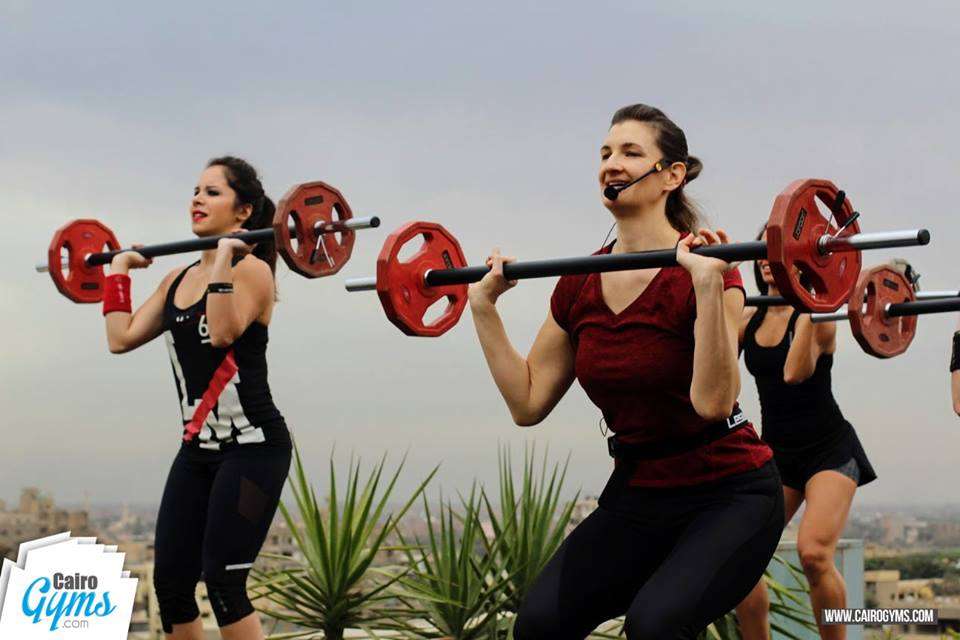 A celebration that took place all over the world. In Egypt, it was at Gold’s Gym Maadi. 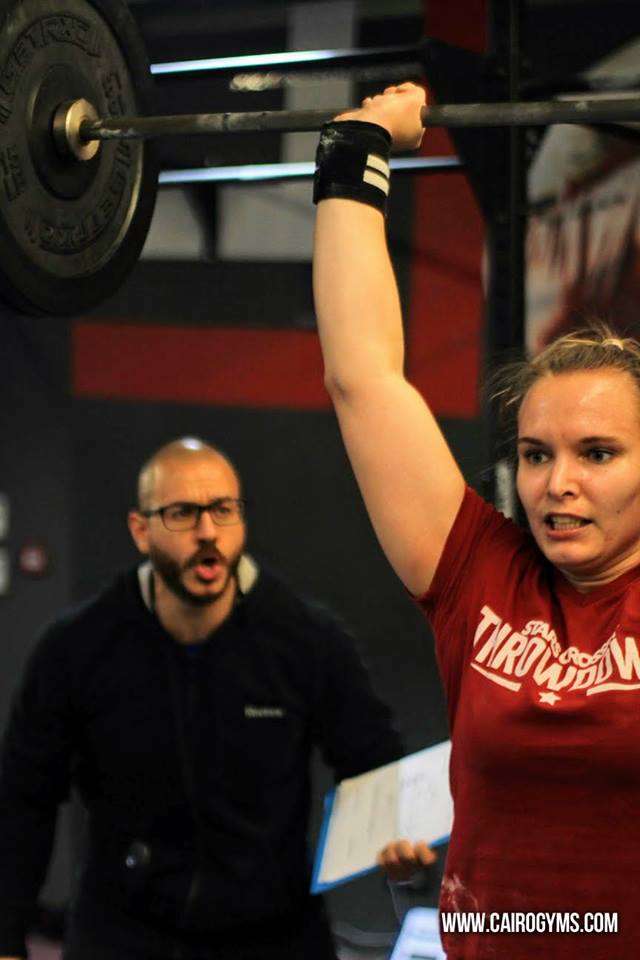 In celebration of the grand opening of their newest box at Mountain View 1, New Cairo they had a huge Throwdown.

Aswan 42 – The Magdi Yacoub Heart Foundation Marathon by The TriFactory 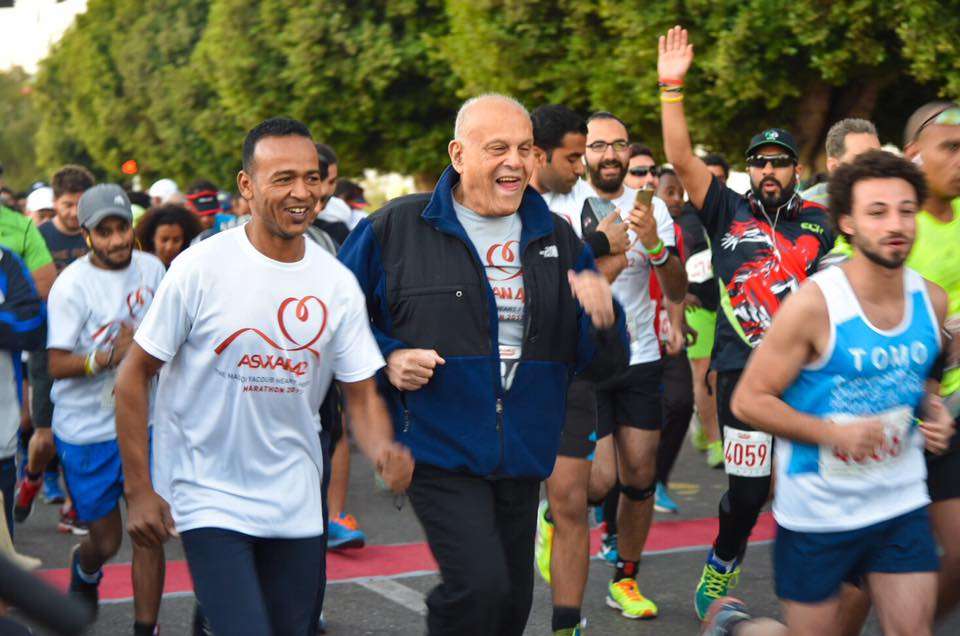 The 2017 Official Annual Party on Wheels 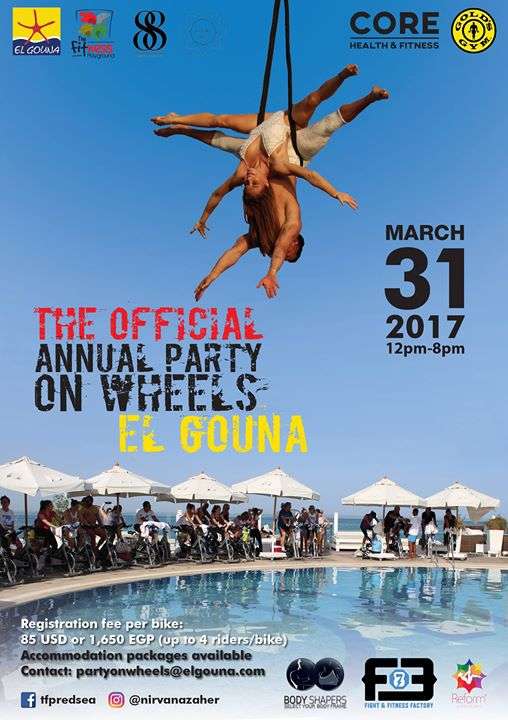 For the fourth year, the annual Party on Wheels® was held in Gouna. This was not just an ordinary bike riding event; It was also 8 unforgettable hours at Club 88 Pool and Lounge of non-stop live music, acrobatic performances, top-notch presenters, and mind-blowing entertainment tricks. 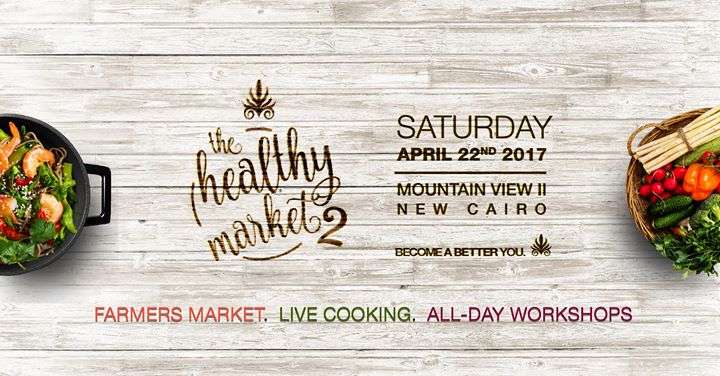 An event that combined all the health conscious food brands under one umbrella.

Rise of hers by hers 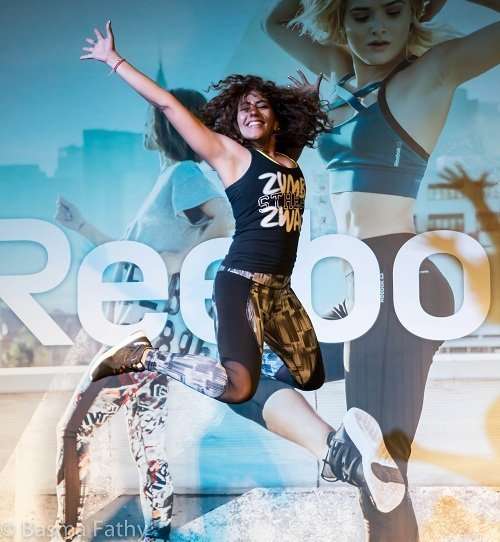 In celebration of their 5th anniversary, they hosted a massive party in Fairmont Heliopolis. The cause of the party was to stand next to women rising above diseases; 5% from tickets sales was donated to Baheya foundation. 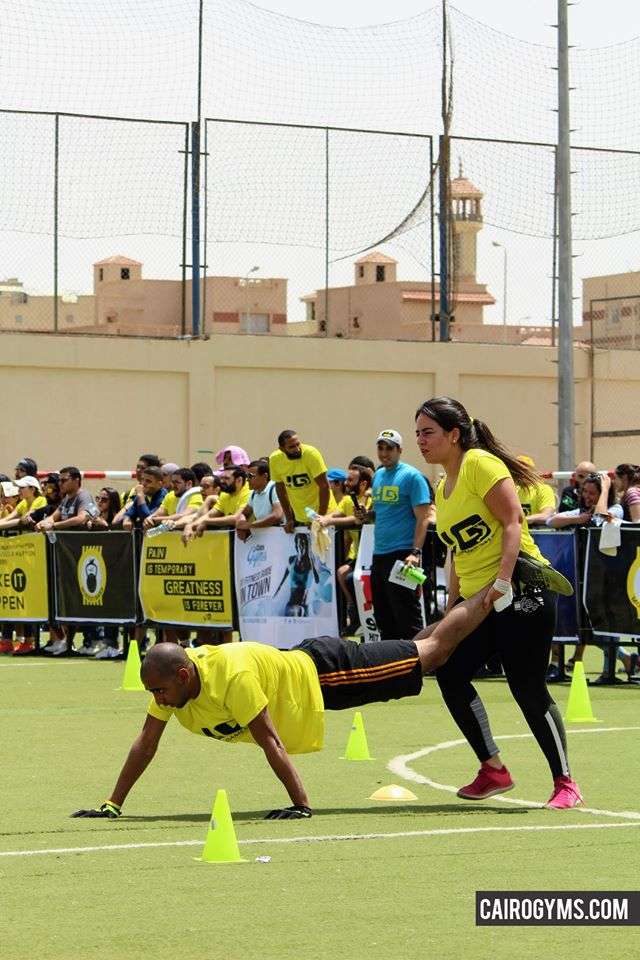 The first fitness competition in Egypt that is dedicated solely for all the beginners to CrossFit and to fitness. 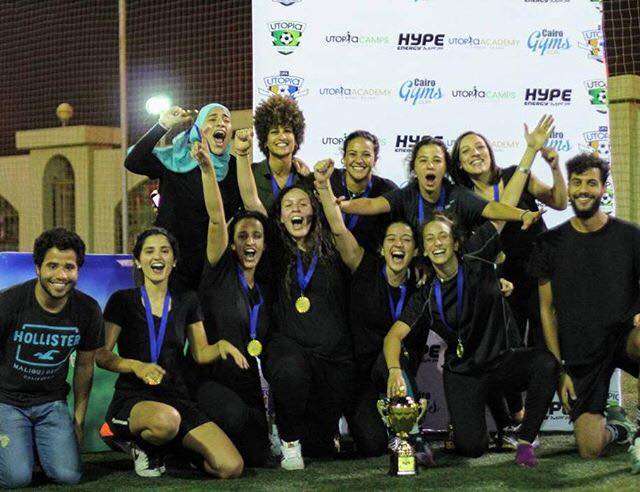 A big football tournament for girls with huge money prizes

SilverGiant Throwdown – CLASH of the Giants 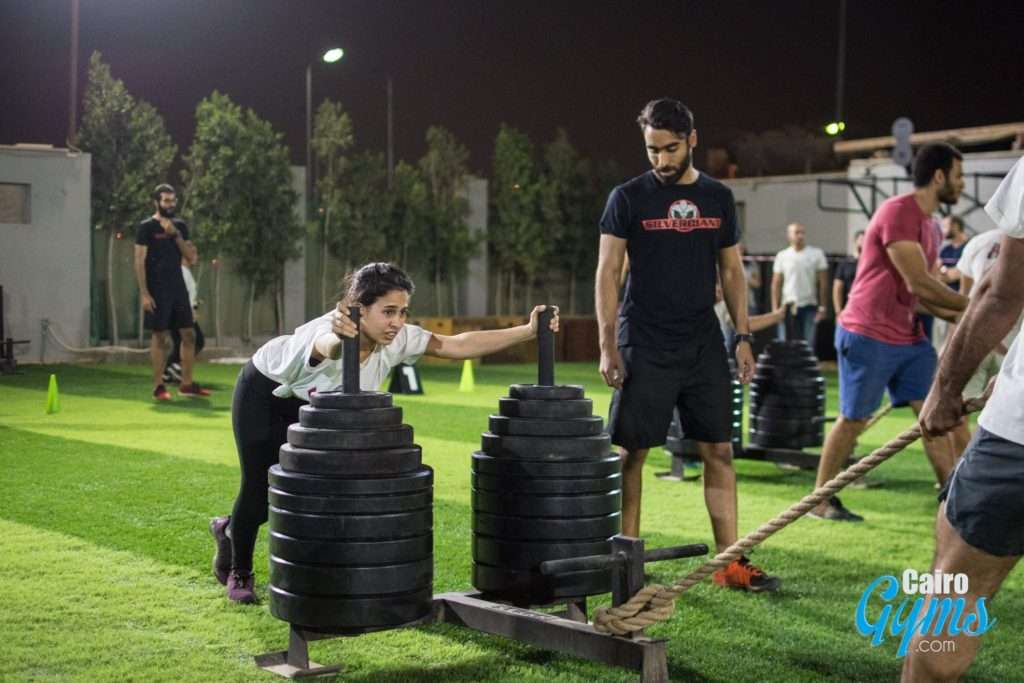 In celebration of their new facility, they had 3 days of fun and challenging competitions. 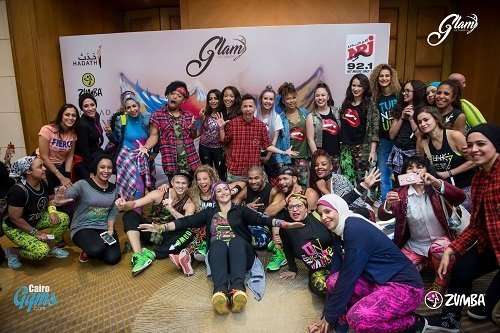 The event started with a huge welcome party at the Conrad hotel featuring 15 international Zumba® presenters alongside your all-time favorite Egyptian instructors. The next stop was a 5 days luxurious Nile Cruise between Luxor and Aswan; the trip was all about great music, fun company, majestic scenery, and Zumba.

Corporate games by in the zone sports 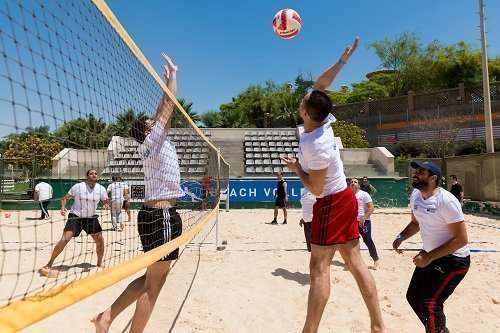 14 companies battled against each other in 16 different sports and games. Event was organized by in the zone. 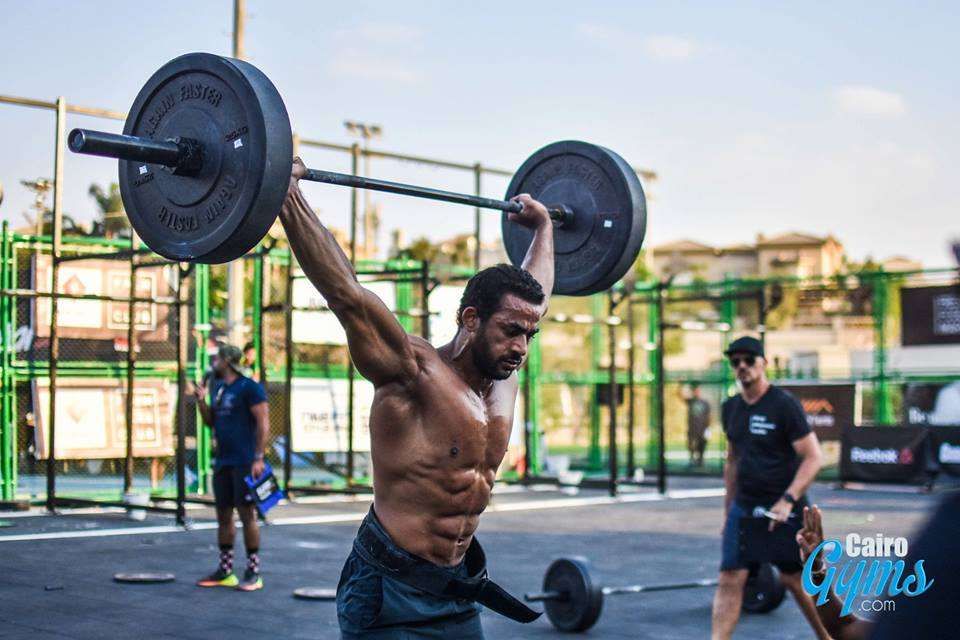 500+ athletes in 3 divisions & 11 different categories battled it out over the title and a total cash in prizes of 25,000+ $. Event was organized by in the zone.
CairoGyms coverage 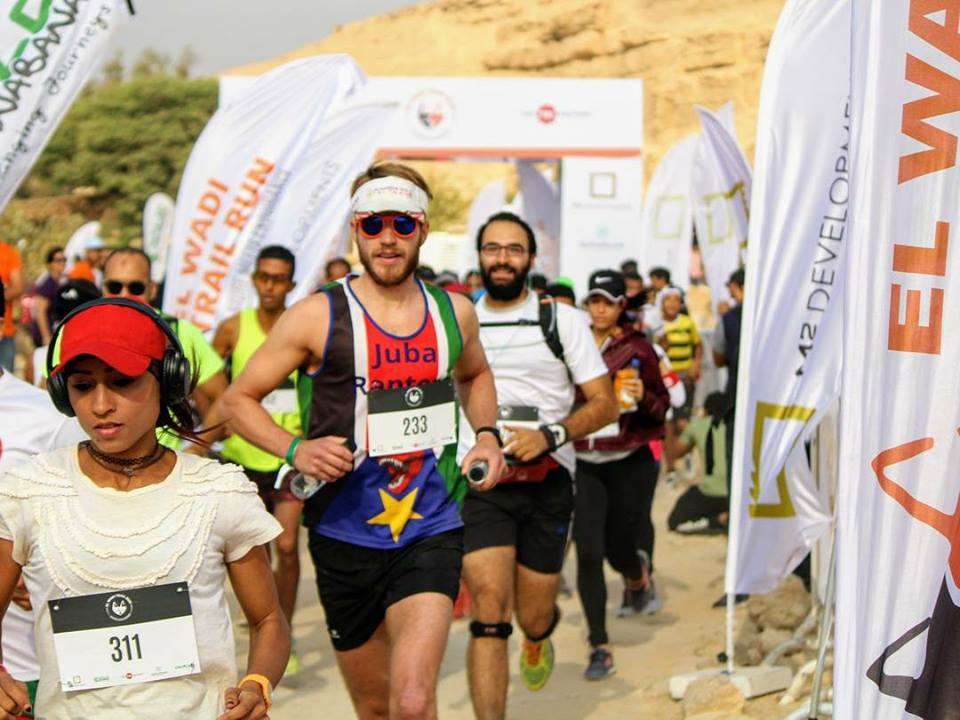 A 25K or 5K race through the rocky hills of Wadi Degla Protectorate in Cairo. 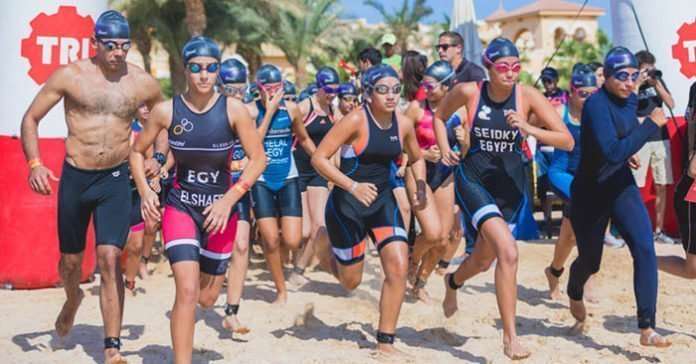 For the fourth year running, the Sahl Hasheesh Triathlon brought together more than 1,000 competing athletes from 26 nationalities and more than a thousand spectators for a weekend of sport and triathlon on the Red Sea. 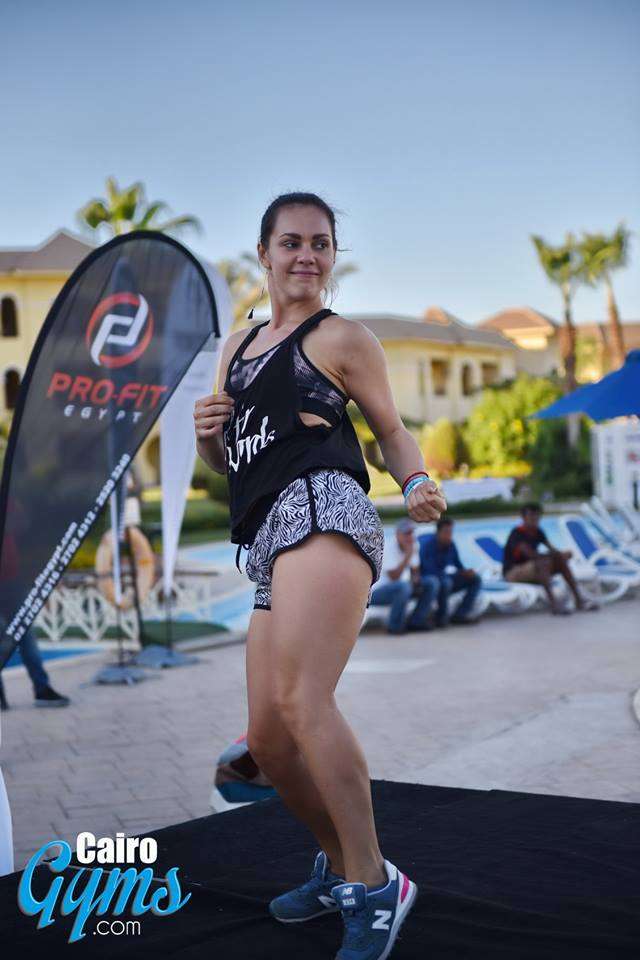 Four complete days of fitness, dance, shows, competitions, and parties with the best performers and instructors of the ARAB COUNTRIES, all the way from Lebanon, Tunisia, Algeria, Jordan, Morocco, Kuwait, and Egypt. 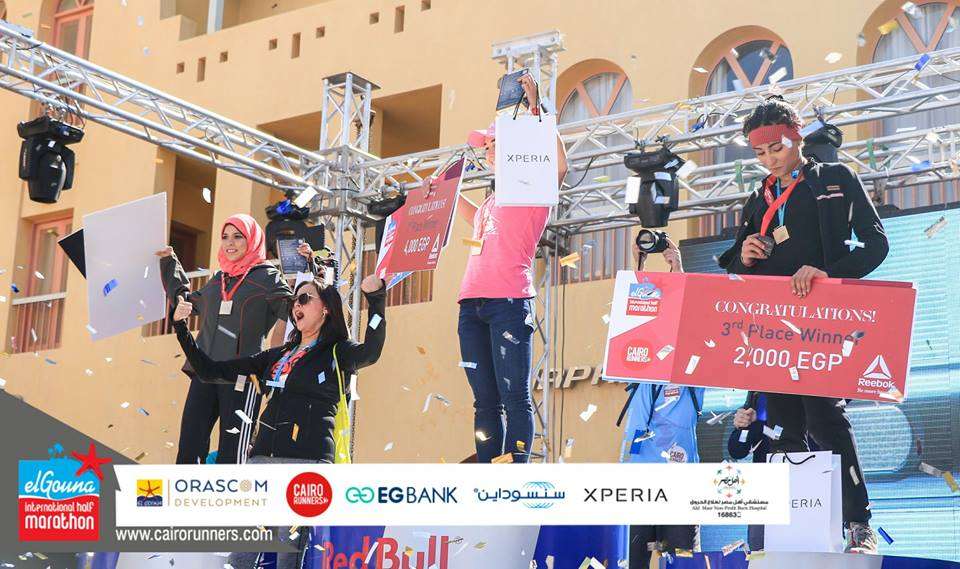 The event was officially accredited by the IAAF, and is now recognized around the world as an international event.

In honor of Breast Cancer Awareness month, FitSquad partnered with Baheya to raise awareness and funds for their women’s clinic. 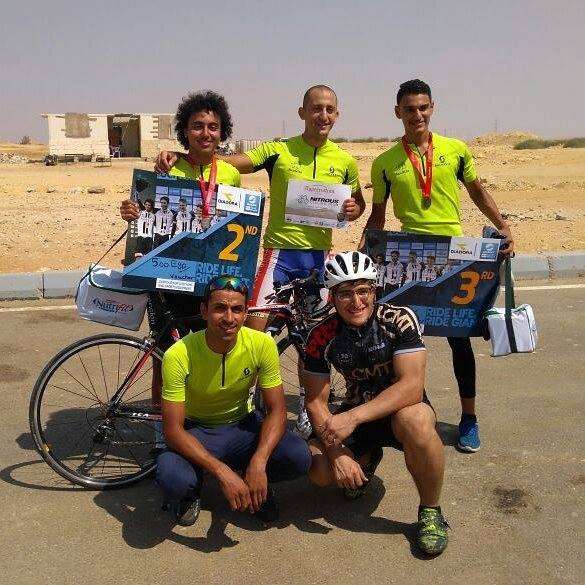 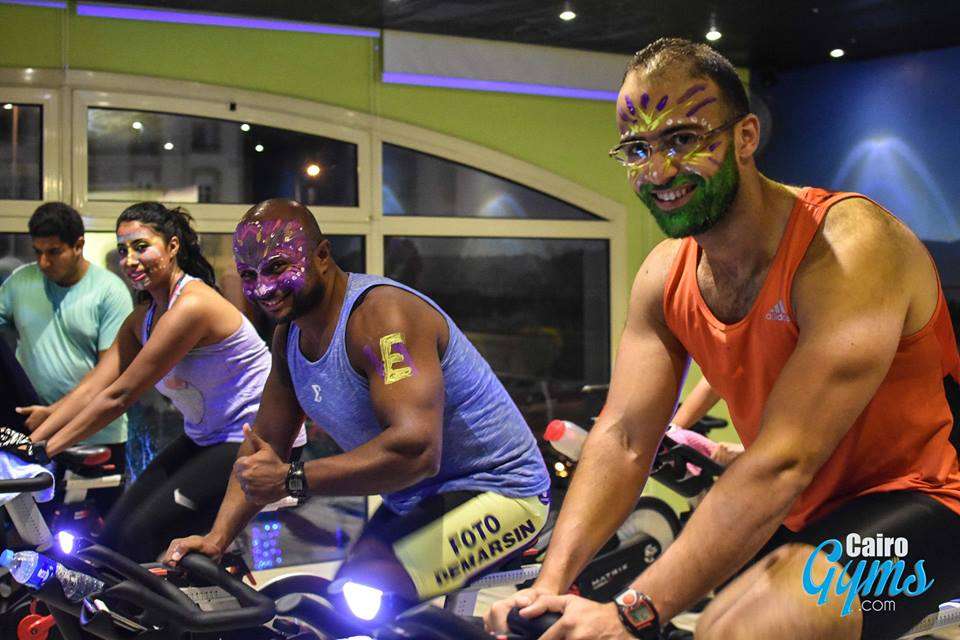 In celebration of their second anniversary, they hosted an indoor cycling party with lots of awesome music and colors. 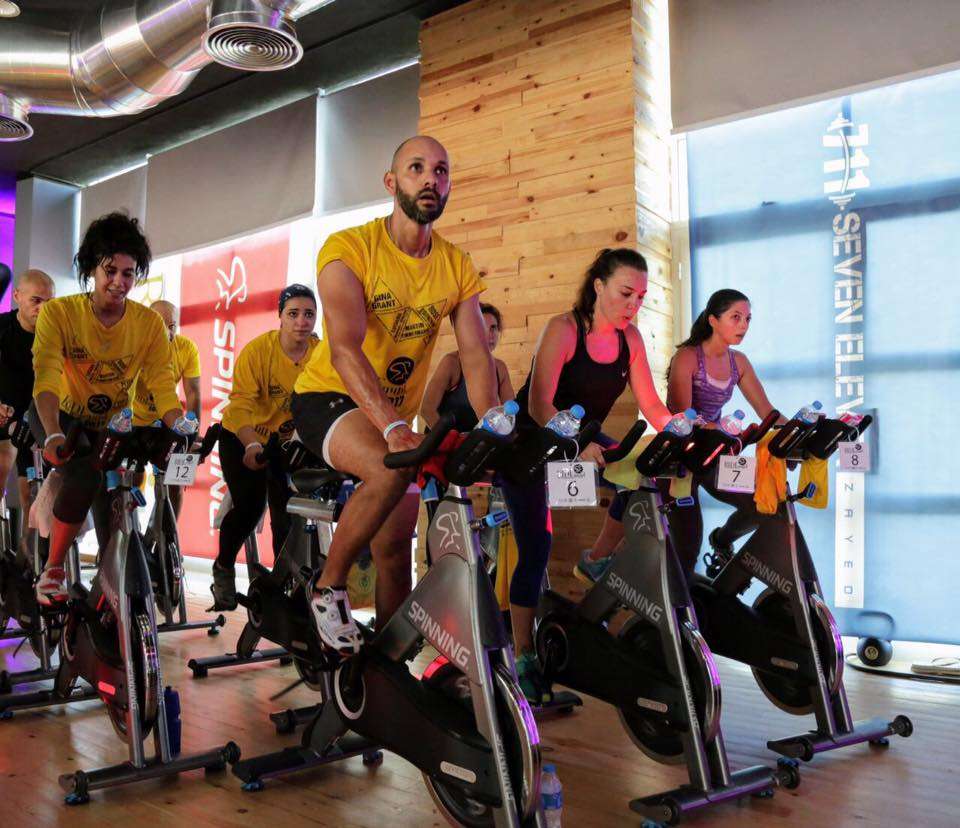 Six hours of non-stop spinning with 6-International Master Instructors from around the Globe. 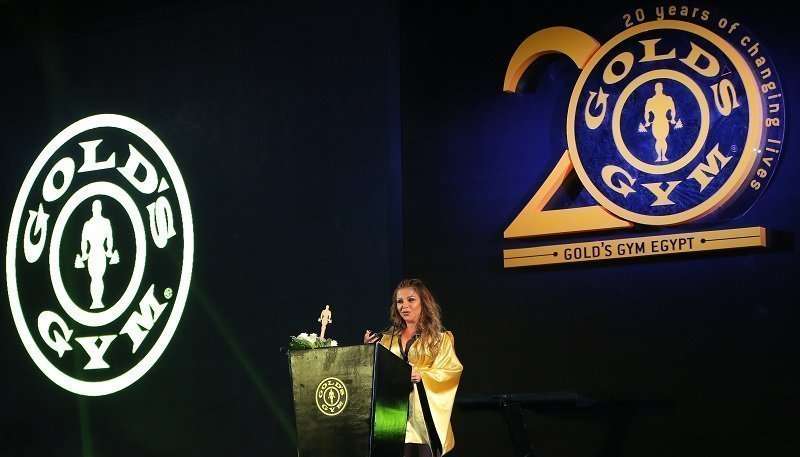 SWEAT the Stigma Competition with Fitsquad 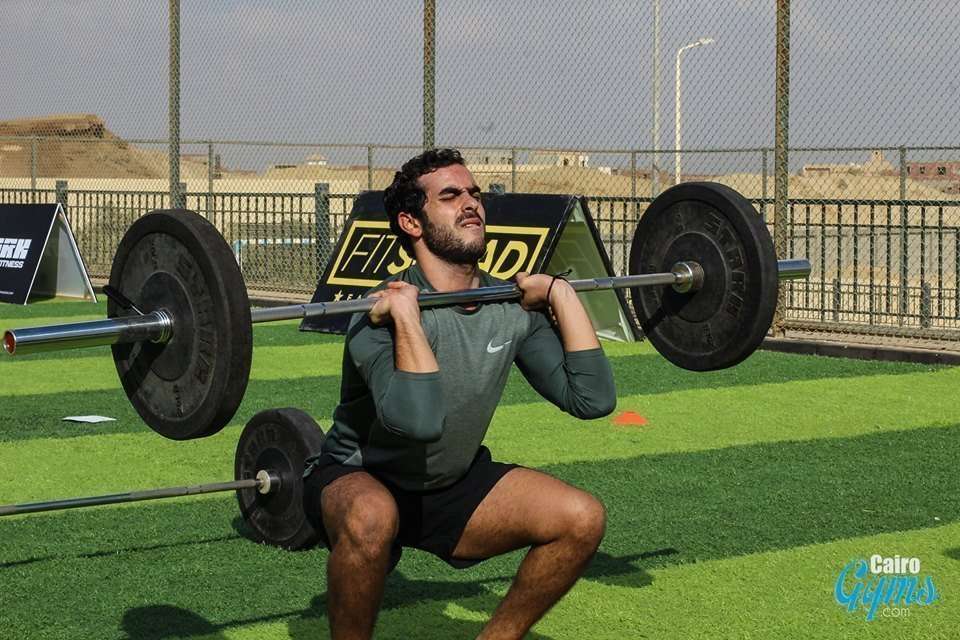 For world Aids day, FitSquad hosted a competition at Platinum Club in partnership with UNAIDS to raise awareness for HIV and the 11,000 Egyptians that live with the virus every day.

On the bike with October Cyclers 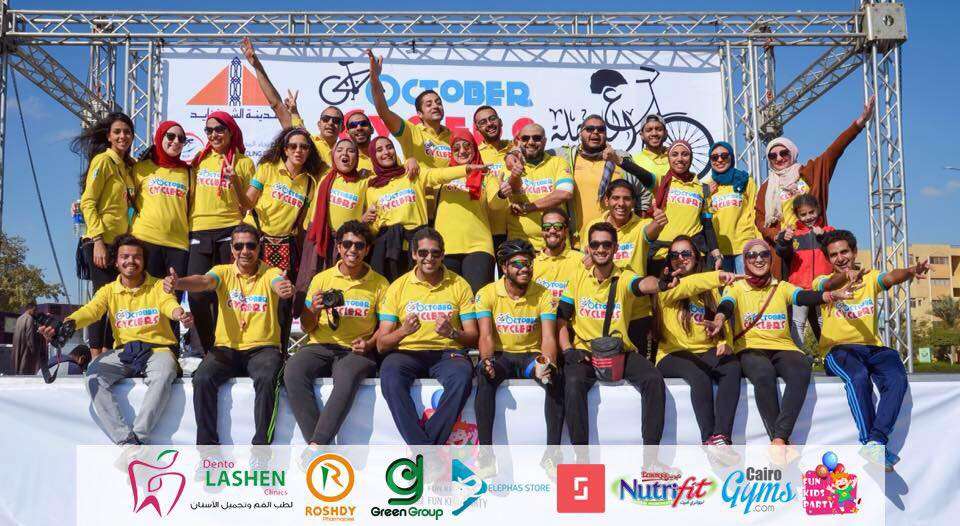 A day of cycling with awesome music, a color festival, a nice food court, and much more. 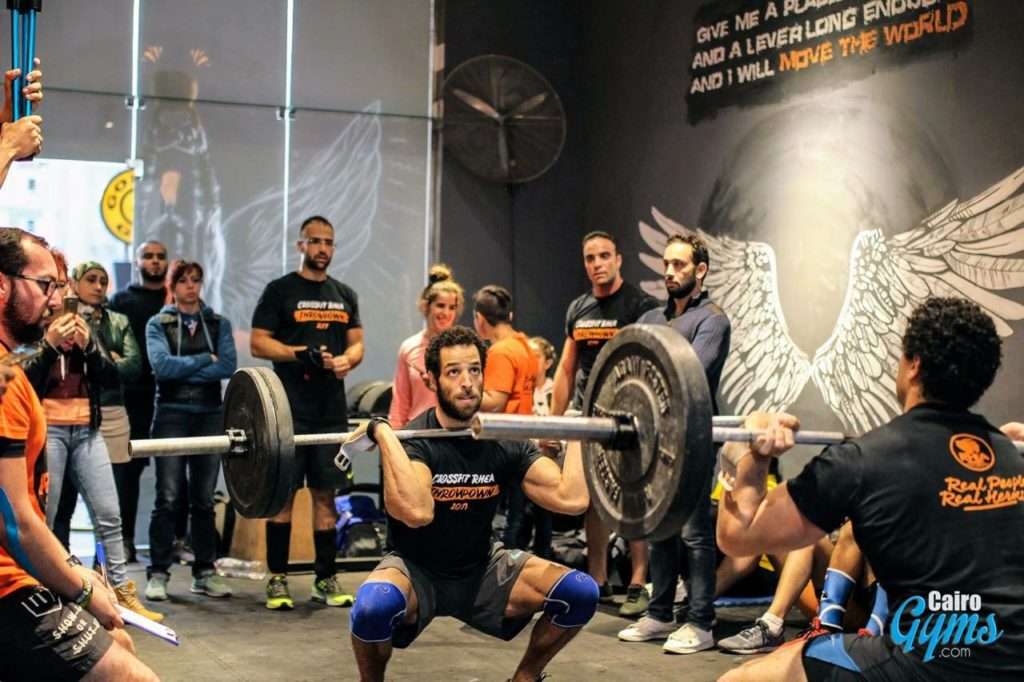 CrossFit RHEA celebrated one year hard work of their members by inviting top CrossFit athletes to compete alongside. 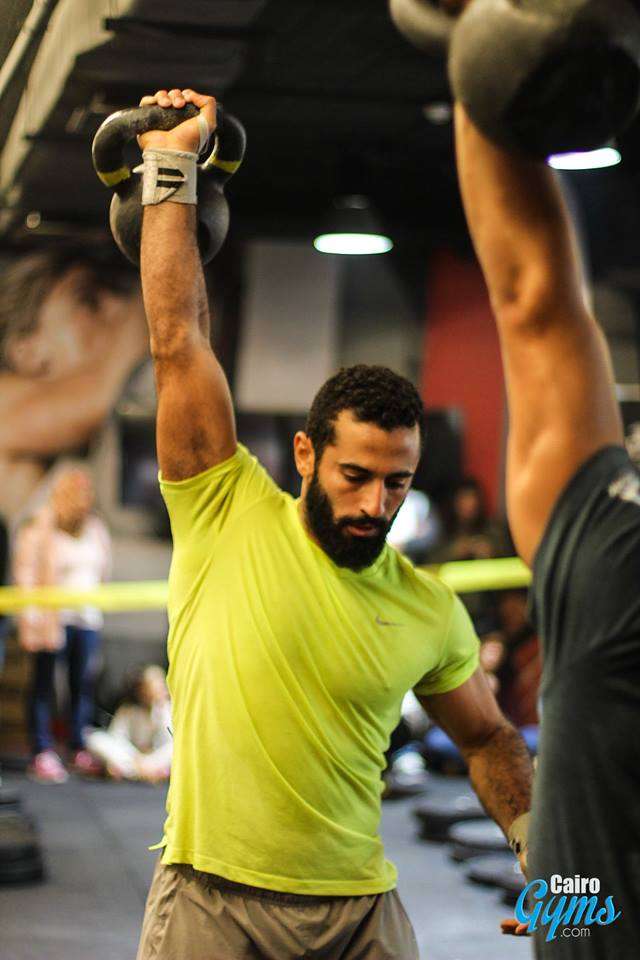 The first functional fitness league in Egypt, Africa, and the Middle East.