Home Success Stories Cavio and The Fitness Industry: The Making of a Successful Entrepreneur 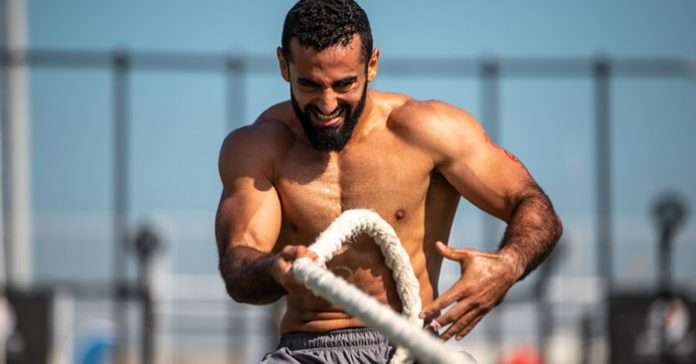 Abdelrahman Alaa, aka Cavio, is a 29-year-old entrepreneur, pharmacist, and an ex-soccer player. After graduating uni, Cavio had a very well-established pharmacy career while still doing soccer, but recurrent adductors and back injuries kept getting in his way. He dug deep into health and fitness in search of a solution, and that’s when he found CrossFit. Already an athlete, he turned to CrossFit to improve his soccer performance, but little did he know that it would change his entire life. He fell in love with the workouts and could not get over his newly founded passion for helping others unleash their full potential.

As a CrossFit athlete, Cavio has been one of the 5 fittest athletes in Egypt for the past four years. He became a CrossFit Regional Team Athlete in 2018 then, along the way, was 1st place finisher at Egyptian Fitness Throwdown and Second Fittest in Egypt in 2017.

Cavio eventually quit his pharmacy career to follow his true calling and moved on to create one of the biggest fitness entities in Egypt: HIT Clan Egypt. The Clan is a team of 30 of Egypt’s best coaches operating in 5 locations and serving over 1k+ athletes every month. Only a few days ago, The Clan carried out its first Katameya Residence class, marking the launch of HIT Clan’s fifth location. The other 4 are Concord Plaza (New Cairo), SunCity mall (Sheraton), Concorde El Salam hotel, and Heliopolis Club.

As HIT Clan’s founder, Cavio’s vision has always been to build a strong fitness brand. From the get-go, he chose to invest heavily in both his coaches and his members; he believes in delivering consistent value to the members and in constantly refining HIT Clan’s services. The challenge was to be able to develop a passionate team that has similar goals and speaks the same language, and Cavio could not possibly ask for a better group of people than the one he got.

Along his journey, Cavio learned that the effort he puts in is the reward he receives. He is proud of the community that he’s created along The Clan’s 6-year journey and is humbled by the number of people who transformed –and continue to transform- their lives at HIT Clan.

On an ending note, Cavio had a few words to say

“I would like to thank everyone for their support and trust, they’ve brought us a very long way and I personally never take that for granted. Thank you for believing in HIT Clan. I would also like to thank the team that helped bring my dream to life, I am eternally grateful.

For those who have never experienced The Clan, I would like to cordially invite you guys to come and check out our programs, you’re definitely missing out!”