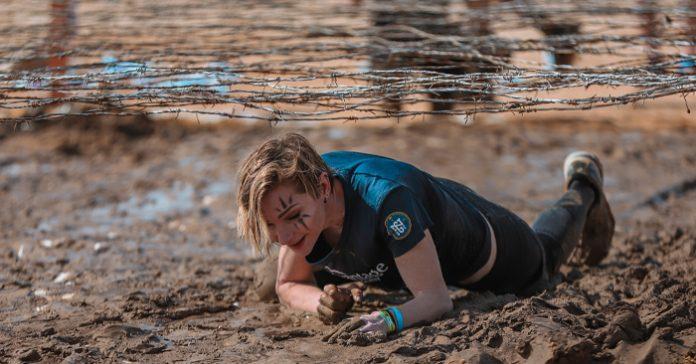 Diana Karim is an athletic performance coach originally from California, USA, that moved to Egypt with her husband and two daughters back in 2018.  Growing up, she competed in many sports but her real passion was tennis. Diana went on to play division 1 College Tennis in the US and later compete on the woman’s professional circuit before her career was cut short due to repetitive injuries. Her experience as an athlete helped spark a new passion: fitness.

Diana’s fitness journey began after she stopped competing. “I always loved the back-end work off the court… I saw how much fitness helped me in my matches and I decided to pursue it further and help other athletes from my experiences.”

On the desert land

Ever since her landing in Egypt, Diana has had the opportunity to work with many great athletes. Besides working privately with athletes of Seasons Club in 6th October, Diana is also the director of fitness for Advantage Tennis Academy. Her profession scopes out many angles of the sports realm, being specialized in performance training for alpha athletes and youth athletes, in addition to being a sports injury specialist. Nearly, she has worked with athletes of all sports: swimming, tennis, basketball, handball, football, squash, volleyball…. “What I love most about my job is helping athletes reach their greatest potential and seeing their hard work transfer to what they do on the court, track, or field.”

What is even greater is how she tackled negative schemas in youngsters and equipped them with a prosperous mentality and perspective towards fitness..”

“One of the most rewarding parts of my work is when I work with my younger athletes. When I first came to Egypt I realized most kids here have negative feelings about fitness. I made it my goal to teach them that fitness does not always need to be hard or feel like torture. Fitness can be fun! I love being creative so one of my favorite things to do is come up with new ‘games’ to play with my young athletes that get them to work hard without feeling like they’re actually working hard! Also, I found that if you explain to athletes why they should do an exercise and how it will benefit them, they realize the value of it and appreciate it so much more. Her care for fitness-nourishing kids was not a passing cloud. Earlier this year, Diana teamed up with ELFIT to create a fitness competition for kids: ELFIT Juniors, a fitness competition for ages 6-17 that tests all elements of fitness; endurance, strength, speed, and agility. As the Technical Director, she formulated all the workouts for the competition based on her experience with youth athletes and knowledge of what kids are capable of when they put their mind to it. The event took place last March; it was a spectacular success. The next ELFIT Juniors will run parallel to ELFIT’s main event on November 11th in New Capital City

Back in March, Ski Egypt held its first Ice Warrior Challenge. Ice Warrior Challenge is an obstacle race first put on by Ski Dubai that challenges athletes and fitness enthusiasts to run and complete obstacles inside their facility all in freezing cold temperatures. Not realizing it was a competition, Diana signed up for the challenge at Ski Egypt because it sounded like fun. “I’ve always been a huge fan of obstacle course races. I try to participate in all the Tough Mudder Races and other fun/challenging fitness events around Cairo… I love obstacles, I love running, and I love getting dirty.” Despite her lack of preparation, and to her surprise, she ended up winning the race. “Maybe it was the competitive athlete in me or the Red Bull I downed before the race. But really, I had no idea how I managed to pull it off!”

As a reward, Ski Egypt gave the first place winners in men’s and women’s elite divisions an all-expense paid trip to Dubai to partake in the iconic Ski Dubai Ice Warrior Challenge. Diana knew this event wasn’t going to be a walk in the park…. Ski Dubai is double the size of Ski Egypt and the other athletes that she would face were going to be experienced and ready to put up a fight.

Unleashing her warrior soul, she decided to take her knowledge of training athletes and put together a program to prepare herself for the race ahead. She knew she needed to be light on her feet, agile and able to endure the hills. Here’s a breakdown of what she did to prepare herself for The Ice Warrior Challenge:

Run (3-4 running workouts a week): 5-10k around her compound and in the desert (focusing on uneven terrain),  Shorter distance sprints between 200-400m focusing on maintaining speed – done mainly on the treadmill or track, Incline Running – hills and more hills – varied between uphill sprints and longer distance inclined runs (400-800 meters).

Decreased lifting load: She continued training her main lifts (deadlifts, squats, cleans, split squats), just decreased the load mass and increased the volume. Diana explains that lifting heavy weights does not BULK you up, in fact it can lean you out and create more muscle mass, but it can slow you down if you need to be light, agile and quick. She made sure to keep the load below 70% of her one rep max and focused more on explosive movements under a load.

Taekwondo: 2x a week with her TKD coach Abdallah Osama (former Egyptian TKD champion and silver medalist in world championship). TKD consists of a ton of footwork, flexibility, power, speed, agility and endurance. One of the best martial arts for all around athleticism.

Climbing! Over a year ago Diana discovered her passion for climbing. She tries to go indoor bouldering at a nearby climbing facility at least once a week (she goes to Ascent in sheikh Zayed) “climbing has helped me so much with my grip strength and overall upper body strength. Monkey bars and rings used to be my biggest hurdle but now, they’re my favorite obstacles!”

Stairs! One of the most underrated training tools for most athletes. Stairs are a great way to train not just cardio, but improve agility and build foot and ankle strength without impact.

On September 22nd Diana departed for Dubai to put her efforts to the test. The challenge was held early morning on the slopes of Ski Dubai. She showed up at 6:00 am to already find many elite athletes already warming up and fully prepared for battle. This left her feeling nervous and skeptical of her capabilities.  When it came time to race, all these thoughts left her head and her focus was on the finish line.

Diana claimed that the Dubai race was one of the hardest endeavors she has ever endured. Approximately 45min of continuous arduous effort. Some of the obstacles she encountered were sand bag shuttle runs, crawling under a vehicle in the snow, climbing up a rope ladder then sliding down a steep slope on your behind, carrying a bag of ice while running up the slope, wading through icy water, monkey bars, shoveling snow into a giant barrel and then having to dump it out, running up impossibly slippery icy hills, and of course “THE HILLS…. many, many, many hills”… all achieved in the freezing cold (-4 degrees Celsius)! The biggest surprise was when she found out mid race that everyone in the elite division had to do the course twice. No doubt, it felt deeply rewarding for her when she just finished the race, nonetheless of anything.

When the race was finished and the names of the top three were announced, Diana was extremely proud she was among them because the other competitors were clearly seasoned athletes.

But an icy surprise exploded out of the frost, revealing her name as the winner of the 1st place! There, she was shocked, as this was one feat she didn’t realize she was still capable of achieving.

Diana’s journey was not only defined by the pain and the sweat of the fitness ground. At 18, she was diagnosed with Attention Deficit Hyperactivity Disorder (ADHD), a neurodevelopmental disorder that impacts one’s ability to regulate things like attention and emotions. It’s characterized by deficits in focus, energy level fluctuations, impulsivity, difficulty completing and organizing tasks, forgetfulness and restlessness. October is ADHD awareness month. Awareness of the disorder is low, especially in Egypt where there is this widespread misconception that it only affects kids. Both adults and children are subject to ADHD, in fact many adults go undiagnosed and have difficulty in day-to-day functions without the knowledge that there is treatment and support for this condition. Diana has learned to manage and accept her “neurodivergent” brain. “For me, ADHD can best be described as feeling chronically overwhelmed. Sometimes I feel the need to get everything done all at once and get so overwhelmed I just shut down. When I find something that interests me, or spikes the dopamine in my brain, it’s literally the only thing my brain will allow me to focus on. What I’ve learned to do is give myself small “rewards” for getting tasks done by allowing myself to partake in my latest hobby or interest… for example; 10 minutes of scrolling social media to research my latest fixation (like new TKD skills or climbing techniques) in exchange for folding the laundry or washing the dishes.”

After her victorious return from Dubai, Diana managed to meet up with the head of marketing team of Ski Egypt and they set down some promising ideas for upcoming Ice Warrior Challenges.