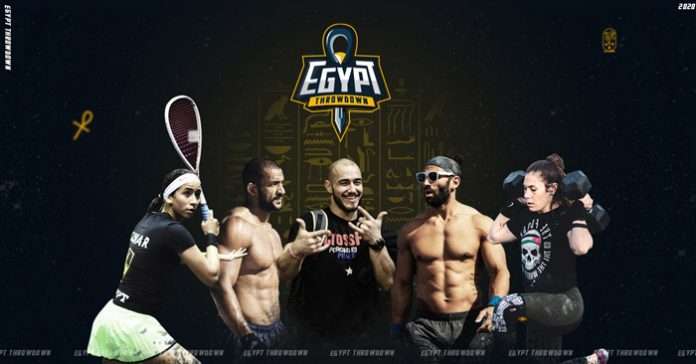 Comparable to the very CrossFit Opens, Egypt Fitness Throwdown is here to blowout the fitness scene after the longest break in history. This non-profit competition’s main objectives are to reignite athletes’ passion for competition and remotivate people to become more consistent with their healthy lifestyles.

The competition will take place online over the span of four weeks. Each week, the competitors will have to submit video footage of them performing the announced workouts and will be qualified accordingly. Finalists will then compete for a huge monetary prize and, as goes without saying, eternal bragging rights.

The competition brings together some of the biggest names in the Middle East’s fitness scenes, but what makes this competition a true game-changer is its all-inclusive ideology. For the longest time, Egyptian international champions and Olympians have been shunned from Egypt’s fitness world, but that’s about to change. Founder of Egypt Fitness Throwdown Mohammed Ashour created an entire division for different sports professionals and Olympians and named it the Fit Division. This aims to give them back part of the spotlight that they have been denied for the longest time, and hopefully earn them their very much deserved spot in the fitness scene. The division includes very bright Olympic fencers like Ziad Elsissy, Nada Hafez, Yara El Sharkawy, Salwa Gaber, Sherwet Gaber, and Nardine Shawky. Olympic pentathlete Haydy Morsy, triathlon world champion Fatma Hagras, and badminton Olympic champion Hadia Hosny are among the team as well. Other divisions include the Scaled and the Rx division, allowing all fitness levels their room in the game. Among the Rx division are the fittest man in Egypt and the Middle East Mohammed Omda, the fittest Palestinian female of 2020 Dara Al-Kayyali, fittest Kuwaiti female of both 2019 and 2020 Hajer Jamal, and Amin Attalla.

With Wolfpack Training as their technical partner, the competition has a designated website with its scoring system and a simple interface to facilitate the flow, so definitely pay it a visit. The leaderboard will also be available on the website to be viewed at all times.

With very symbolic registration fees, you too can take part in the competition that will definitely have its place in the books. You now have the opportunity to play among world champions and CrossFit stars; a once in a lifetime chance if you ask me!