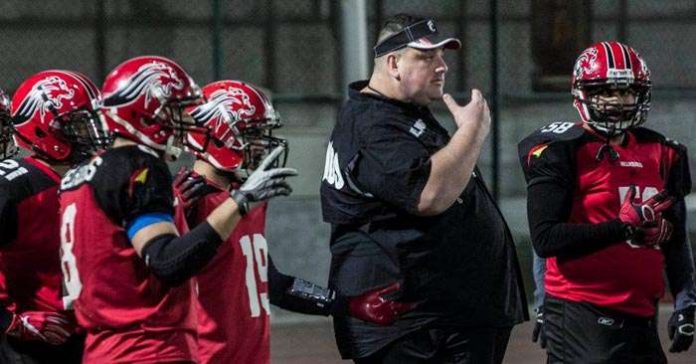 The Egyptian National Football League saw its fifth and final week of the regular season with 2 teams fighting over the remaining spot in the playoffs. First game had the MSA Tigers facing the Cairo Bears, and second game had the Cairo Hellhounds facing the GUC Eagles. 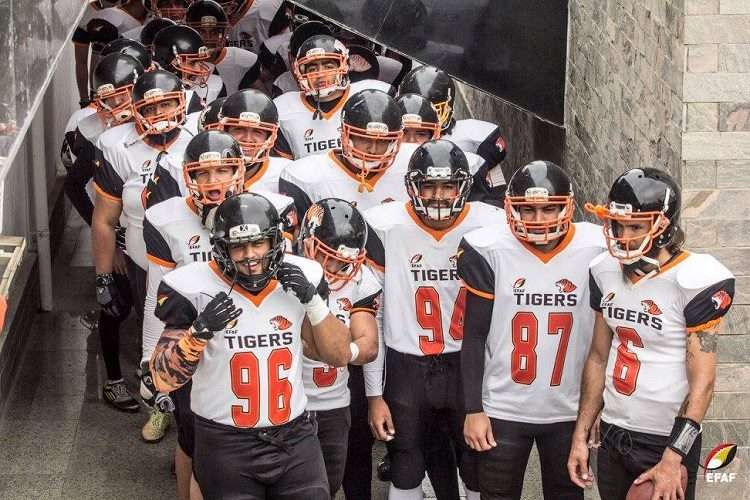 First game had the Bears looking for a first win against a tough opponent, with the Tigers looking for not only a win, but as big a win as possible to beat the Hounds at the point differential and make it to the playoffs, this resulted in the game with the biggest score difference in the 2017 season.

The Tigers dominated the game, with QB Taylor Budd running with the ball for 2 TDs, 1 receiving TD by Hussam Tarek and an impressive 4 rushing TDs by Loai el Damanhoury.

Tigers defense had 5 tackles for loss, 4 fumble recoveries, 2 interceptions for a total of 105 yards and 3 deflections. 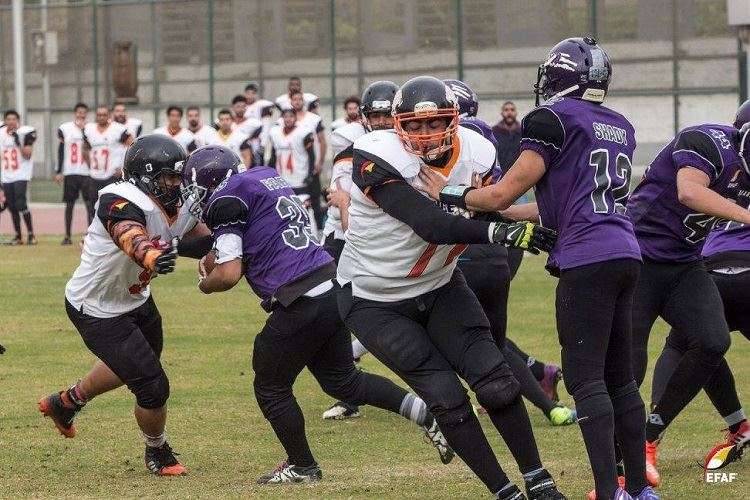 The Tigers finished the regular season with a final point differential of 45, which meant that the Hounds needed to win their game against the Eagles by a margin bigger than 34 points to make it to the playoffs or else the Tigers would take the spot.

MVP goes to MSA Tigers Running Back Loai El Damanhoury. Loai was a great contributor to his team’s great win against the Bears, putting up points on the scoreboard to secure his team’s position in the playoffs. Loai had 164 rushing yards at 9.7 yards per carry translating into 4 TDs. 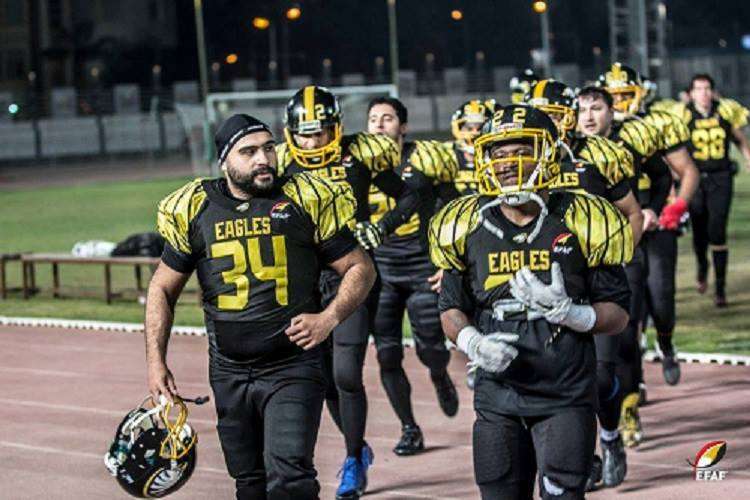 This game represented the latest in a three-year rivalry between the Eagles and the Hellhounds. So far, in 2 regular season games and 2 championship games, the Eagles came out on top. The hounds were looking to change that but had the extra pressure of needing to win by a big margin (at least 34 points) in order to make it to the playoff.

The Eagles scored 1 receiving TD by Seif Sweillam, the Eagles star receiver who made a comeback after suffering from an injury since the beginning of the season and 1 rushing TD by Triston McCathern.

Notable performers in the Hounds offense are Ashraf Mohamed with a big 33-yard catch and Ali Samir with a total 82 rushing yards with 6 yards per carry.

Hounds defense had 8 tackles for loss, 2 interceptions and 3 deflections.

Game 2 also had a special guest in attendance, Robert S. Beecroft, Ambassador of the United States in Egypt attended the game and showed his enthusiasm for seeing the sport played in Egypt. He also expressed his admiration to the level of football being played in Egypt and predicted that the sport would have even bigger success among young Egyptian athletes in the future.

MVP goes to GUC Eagles Linebacker Mohamed Abdelaty. Abelaty was a star member of the Eagles Defense that effectively neutralized the Hounds offense. Aty had 5 tackles, 2 tackles for loss, 1 sack and 1 fumble recovery. 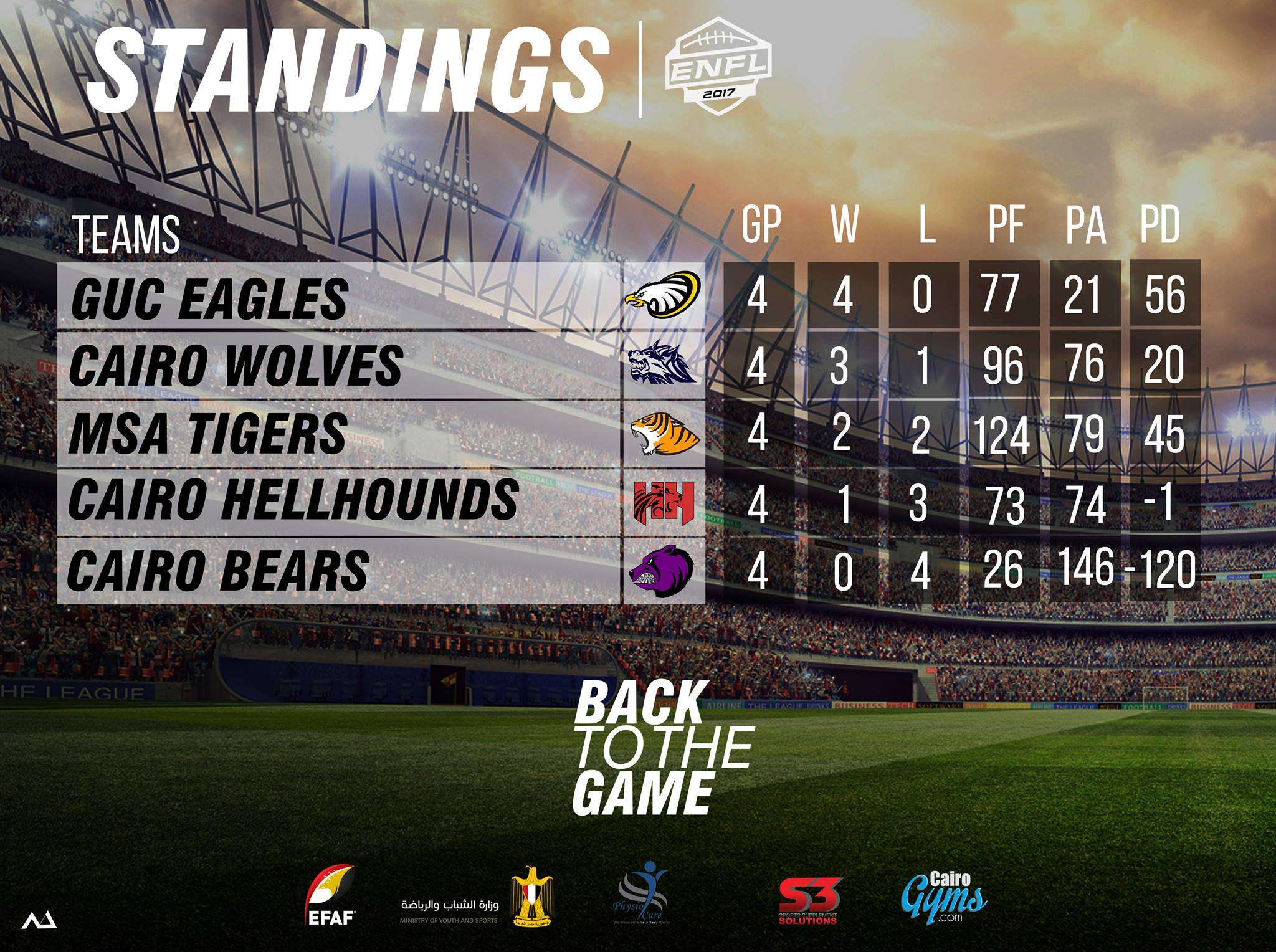 With this final week, the Hounds and the Bears ended their season and the Tigers will face the Wolves in the playoffs on March 31st, with the winner moving on to face the Eagles at the Egyptian Bowl III on April 7th.