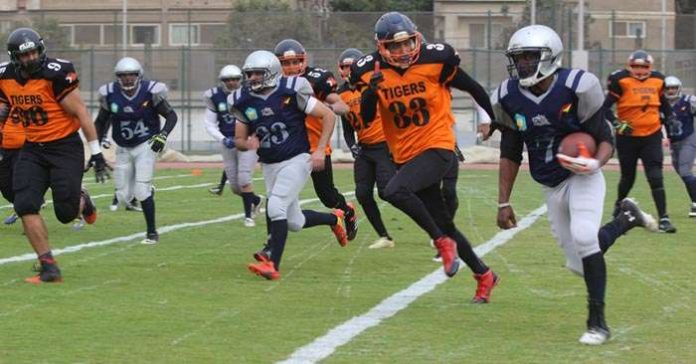 The Egyptian Federation of American Football (EFAF) launched its men’s football league last Friday, February 17th with a high attendance, reaching 800 at the peak of the day. The opening day witnessed 2 games; The MSA Tigers vs The Cairo Wolves and The Defending Champions, The GUC Eagles vs The Cairo Bears. 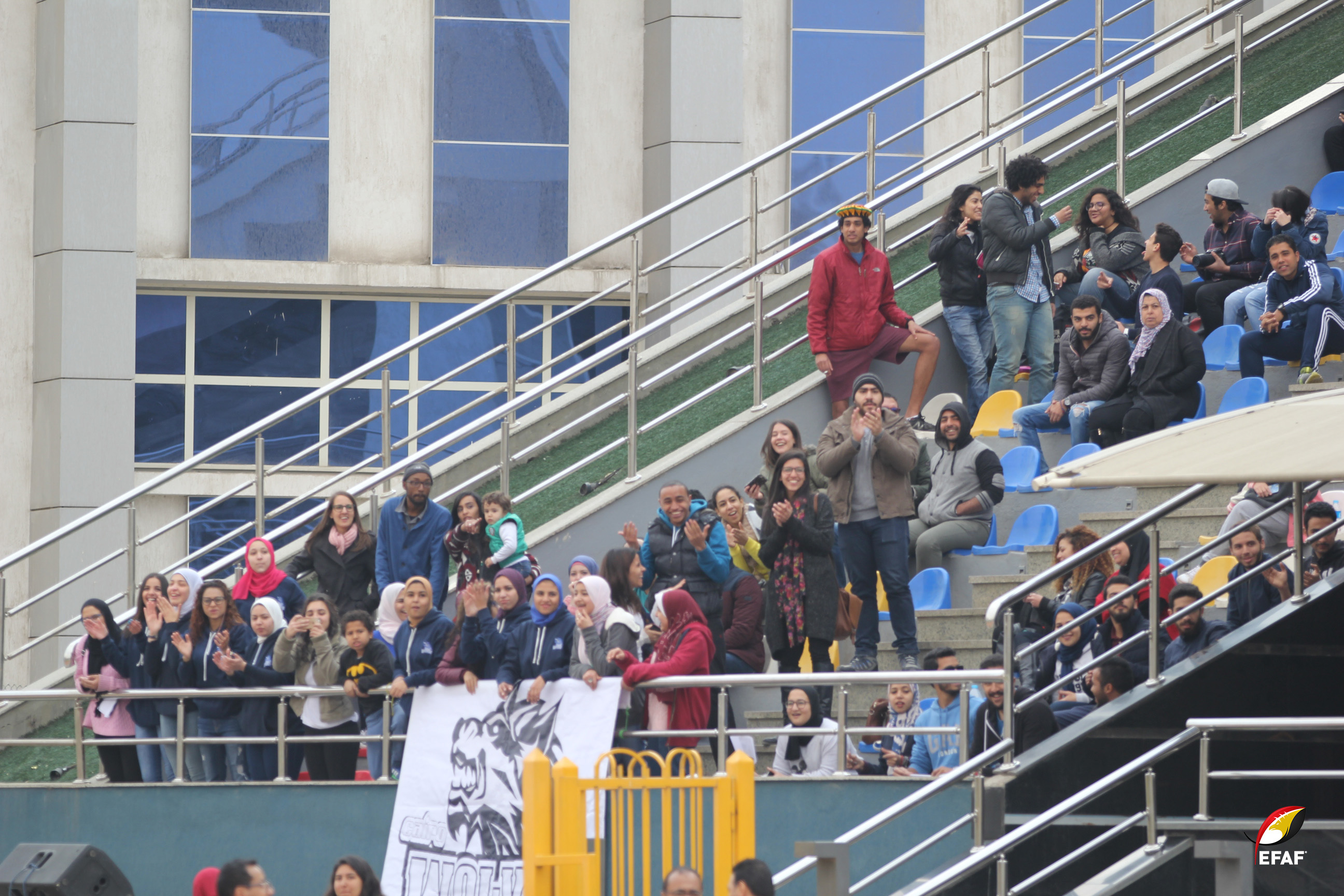 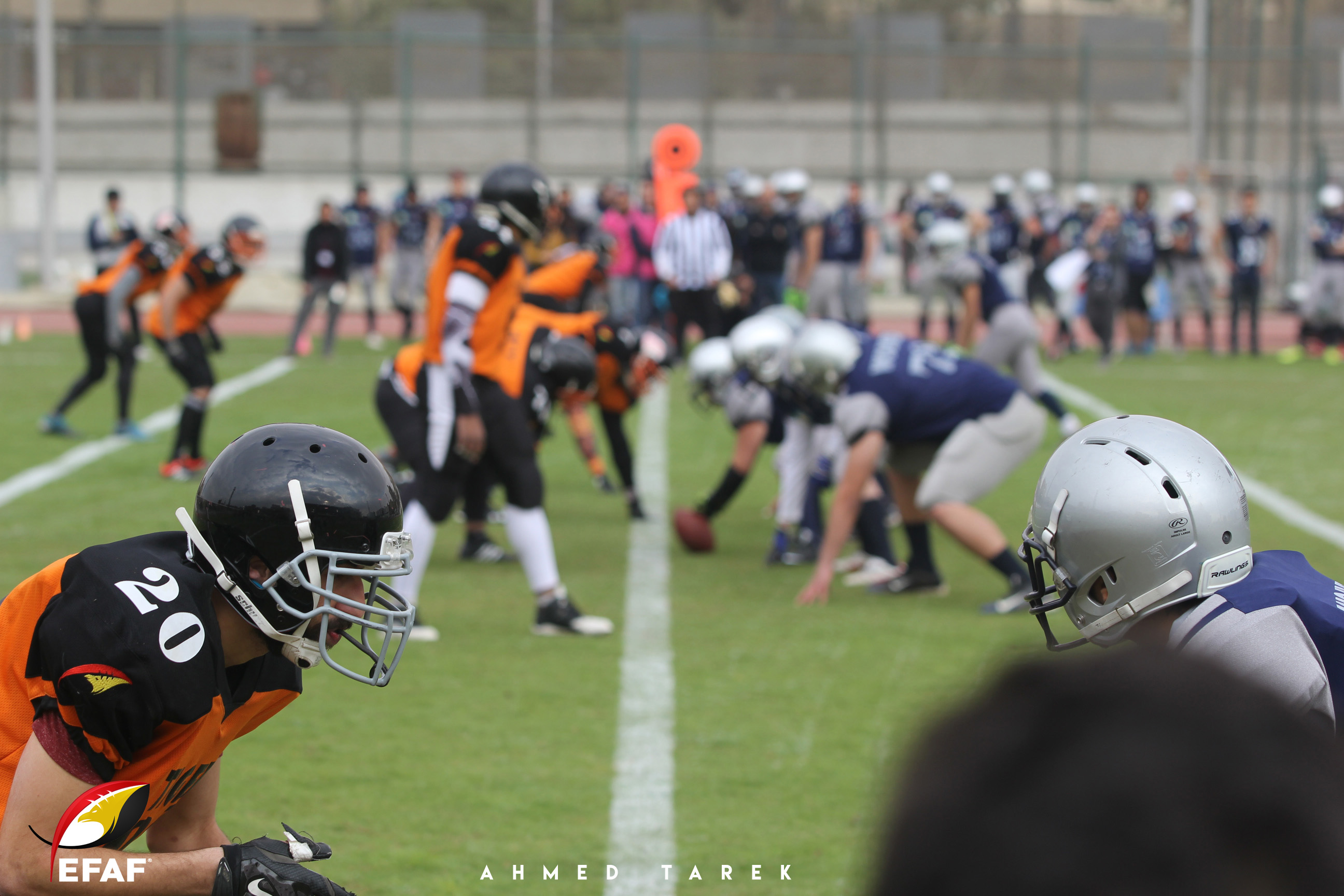 The Cairo Wolves managed to pull off the biggest upset of the league in recent years, beating The MSA Tigers off the bat with a kick return TD by import RB/Returner/Safety Kendall Owens. The Wolves continued to dominate the game, leading increasing their lead to 16-0. The Tigers made notable comebacks in the game with import QB Taylor Budd putting in 199 passing yards with with 1 TD and 20 rushing yards with 2 TDs. However, that was not enough to stop the Wolves who won the game 36-30, leaving everyone in a state of surprise. 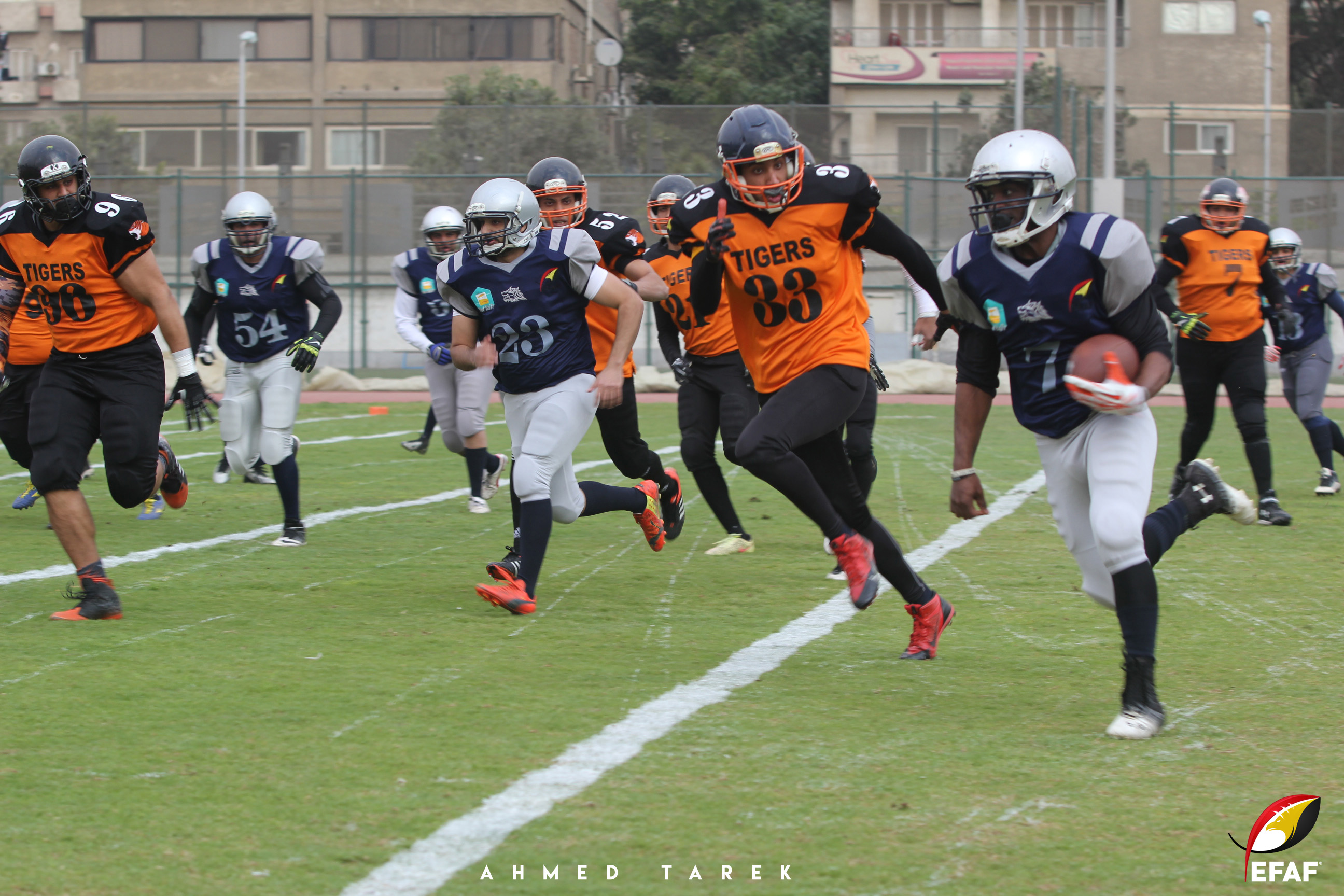 The Wolves defence had a great performance with a total of 9 tackles for loss, 6 sacks, 2 interceptions and 1 safety, most notably, their defensive line that performed against the famously gigantic Tigers Offensive Line, with Mohamed Ashraf, Eslam El Nady and Ibrahim Naguib bringing in a combined 7 tackles for loss, 5 sacks, 2 forced fumbles and a safety. 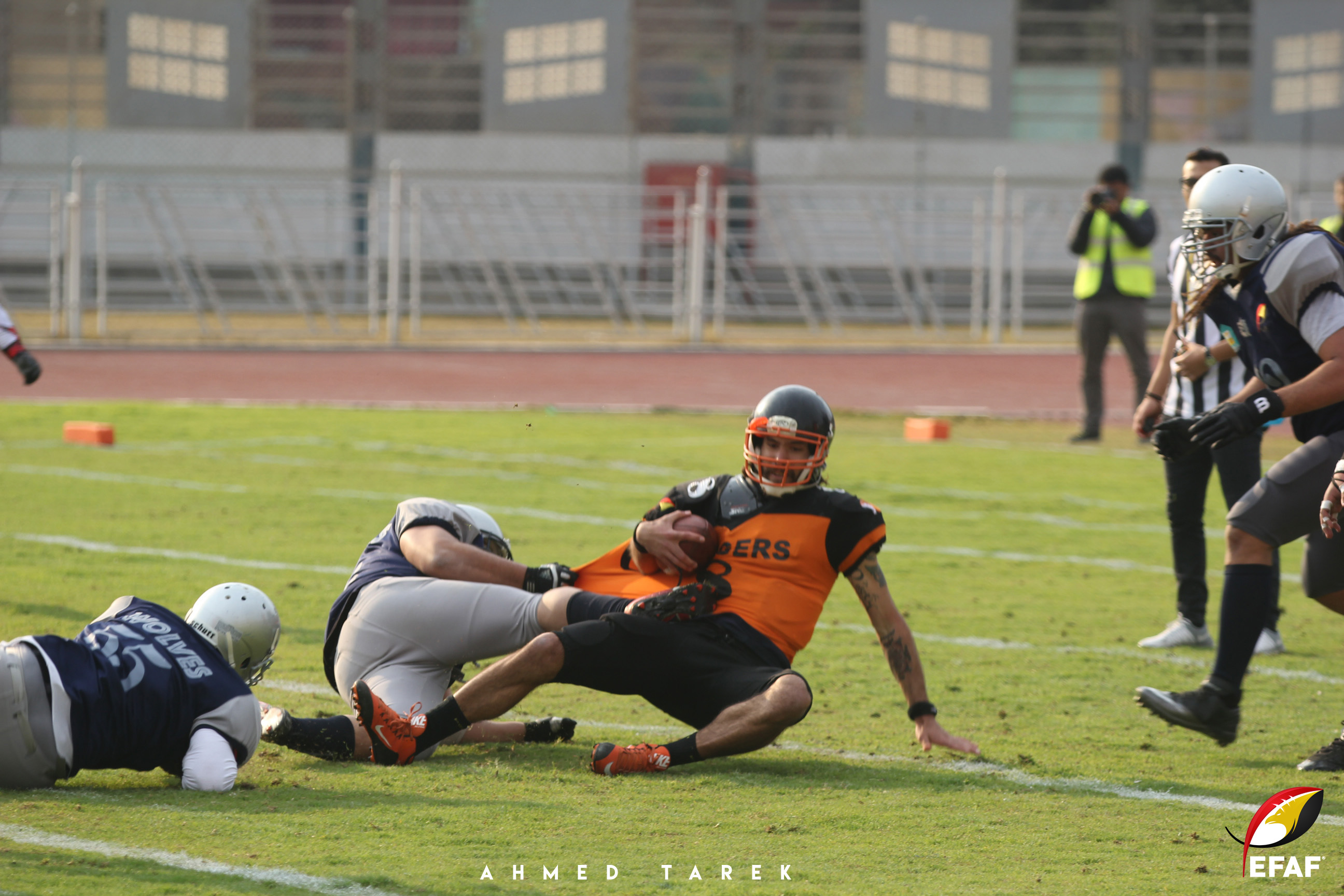 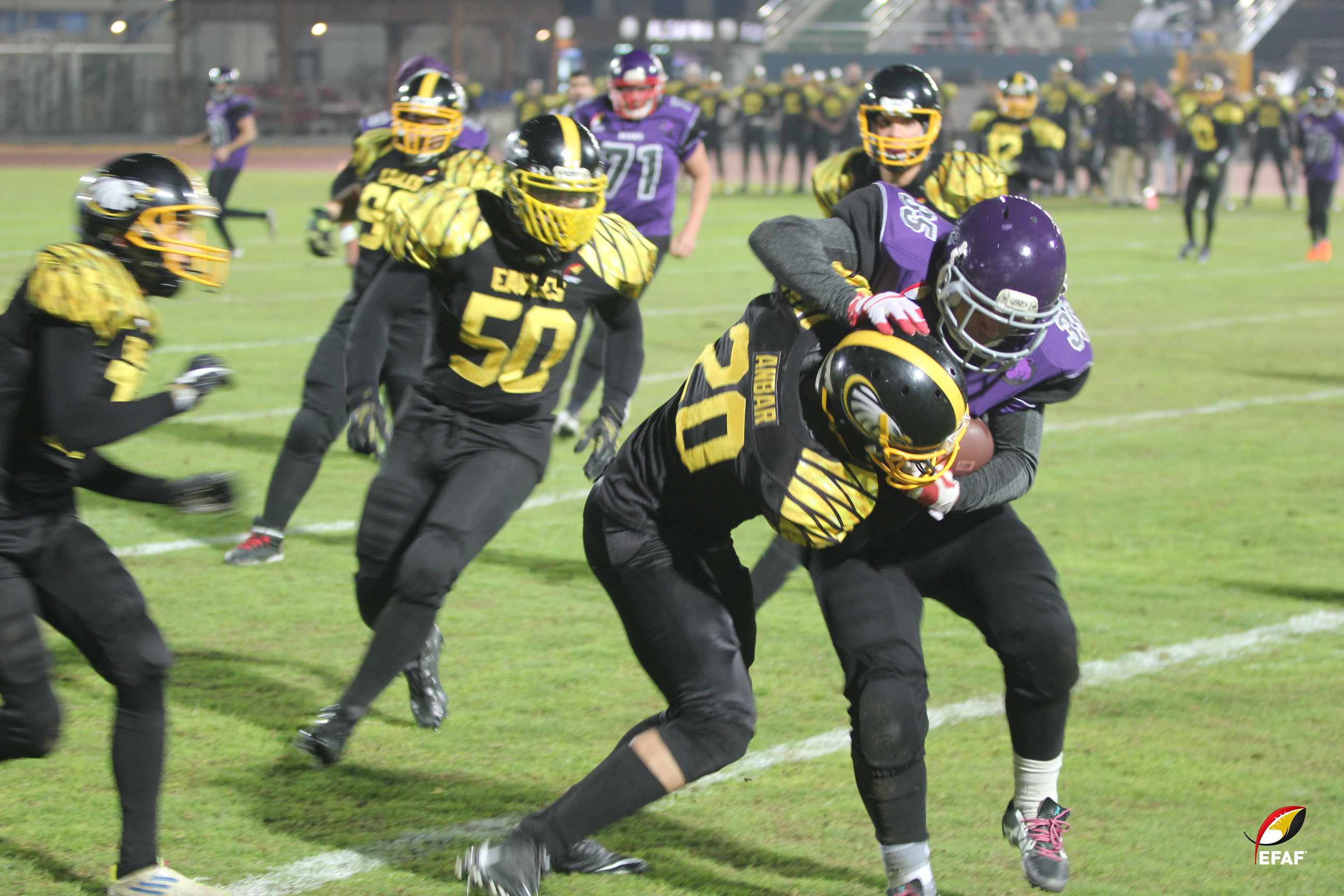 The GUC Eagles followed suit, with import RB/Returner Triston McCathern scoring a kick-return TD at the start of the game. The Cairo Bears , under the leadership of Head Coach Antonio Banks, put up quite a fight against the defending champions, applying a heavy-blitzing defence against The Eagles offense, resulting in a 5 sacks, 3 forced fumbles and 2 interceptions, 1 of which resulting in The Bears’ only TD by Joe Said, who ran the ball an impressive 70 yards and into The Eagles end-zone. Other notable players include Linebacker Ehab Gamal with 5 tackles for loss and 3 sacks. The Eagles’ offense accepted the challenge and went on to score 2 more TDs, 1 by Receiver Hazem Shawkat and another by Running Back Youssef Salman, ending the game 21-8. 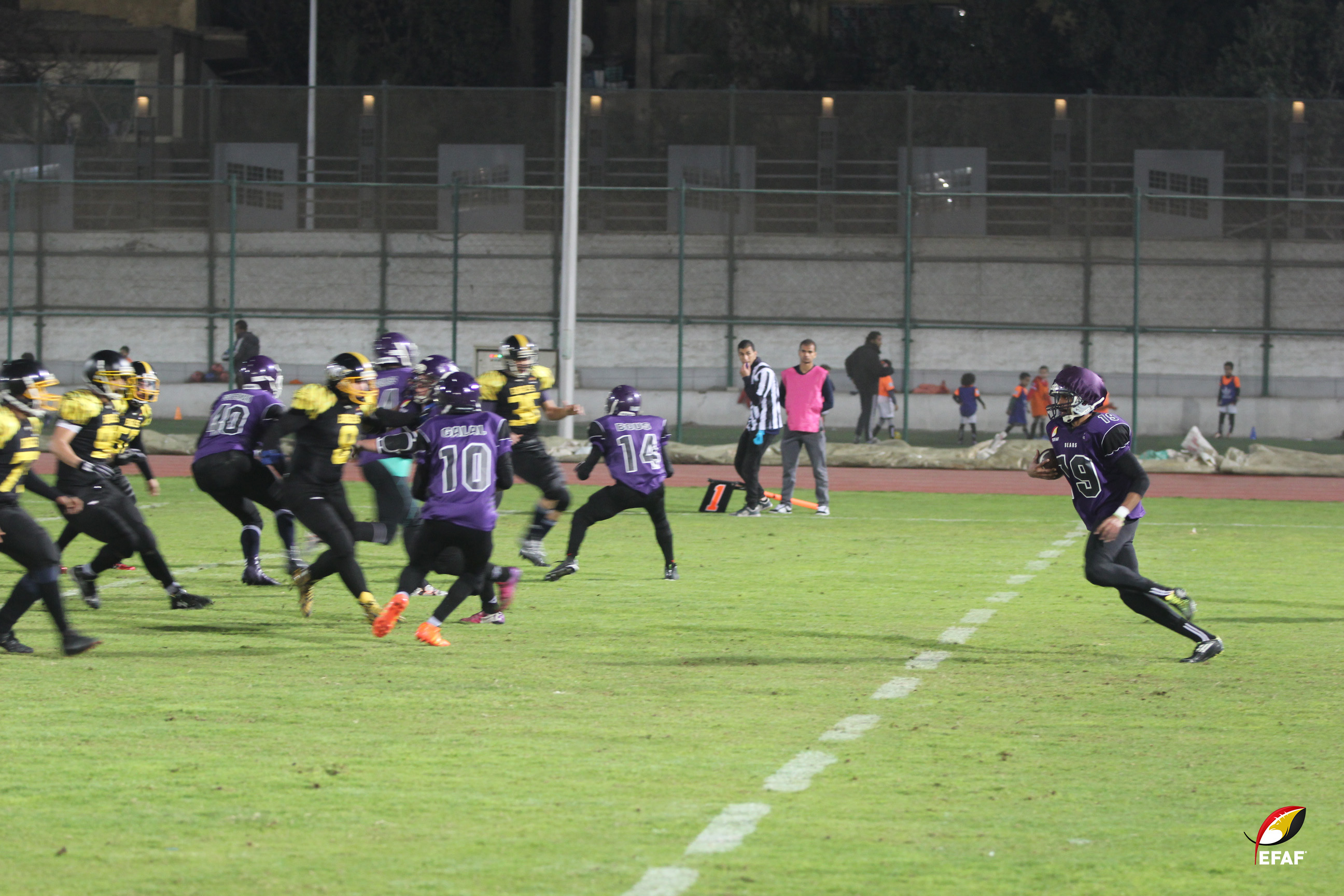 The Eagles defence also performed admirably, only allowing The Bears offense a 100 yard gain for the entire game, with a combined 5 tackles for loss, 1 critical interception by Defensive Back John Gabra and 1 sack resulting in a safety by Linebacker Ahmed Mansy. 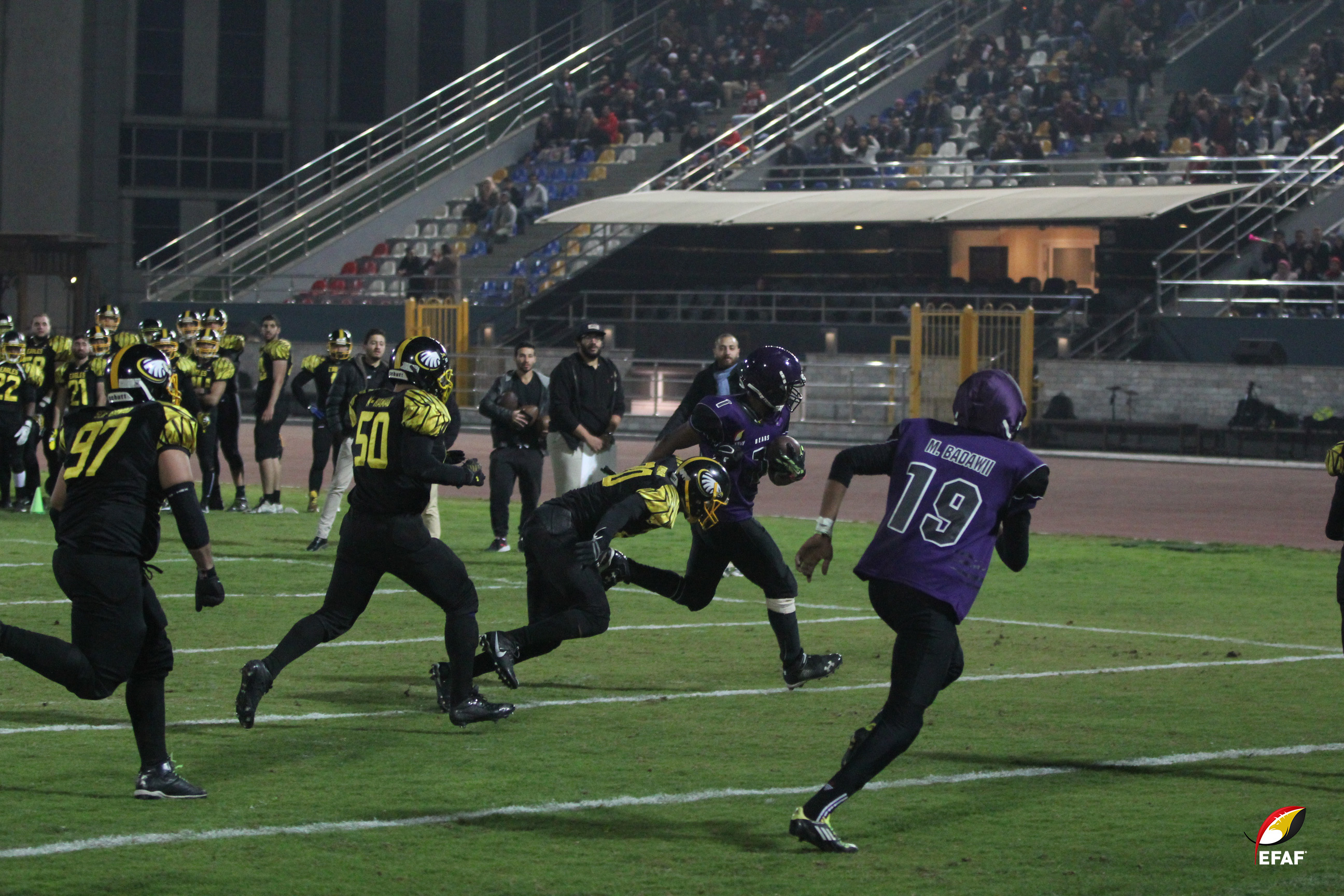 Game MVP goes to Eagles Safety Muhammad Anbar, with 5 tackles and 1 deflection that altered the course of the game and were able to incapacitate The Bears Offense. 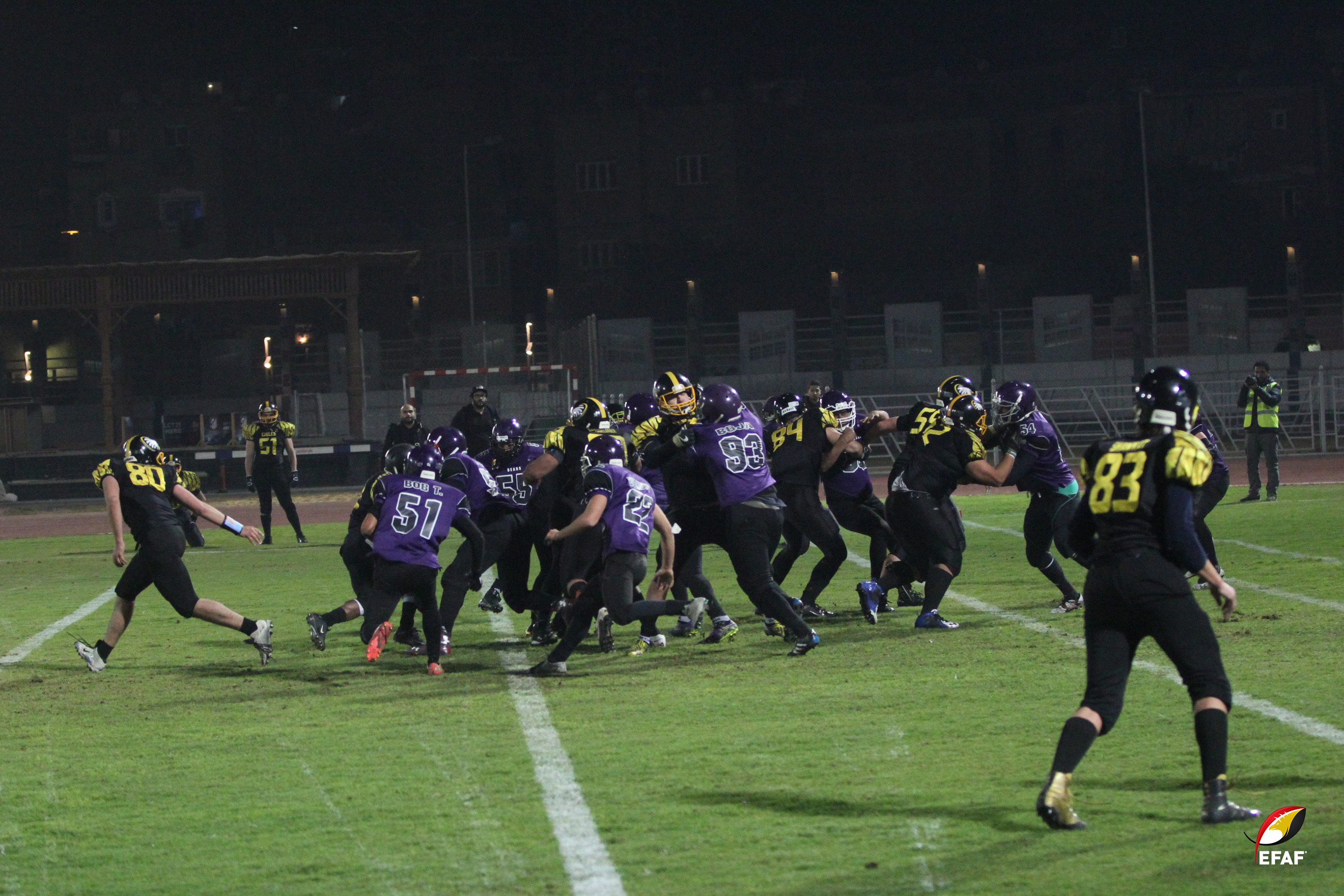 This week proves that all teams have stepped things up this season and that no predictions are guaranteed.