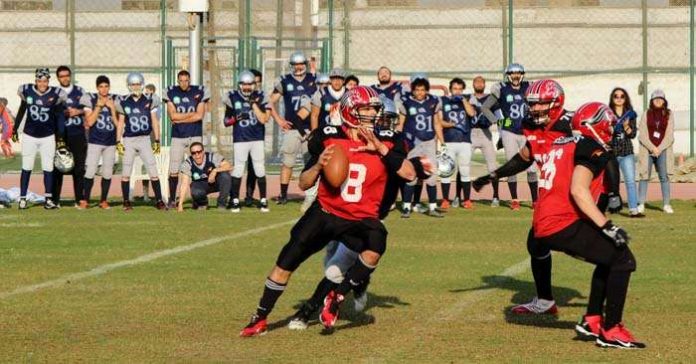 The 2017 Egyptian National Football League (ENFL17) had a strong second week which saw two games: The Cairo Hellhounds season debut against the Cairo Wolves and the GUC Eagles against the MSA Tigers. 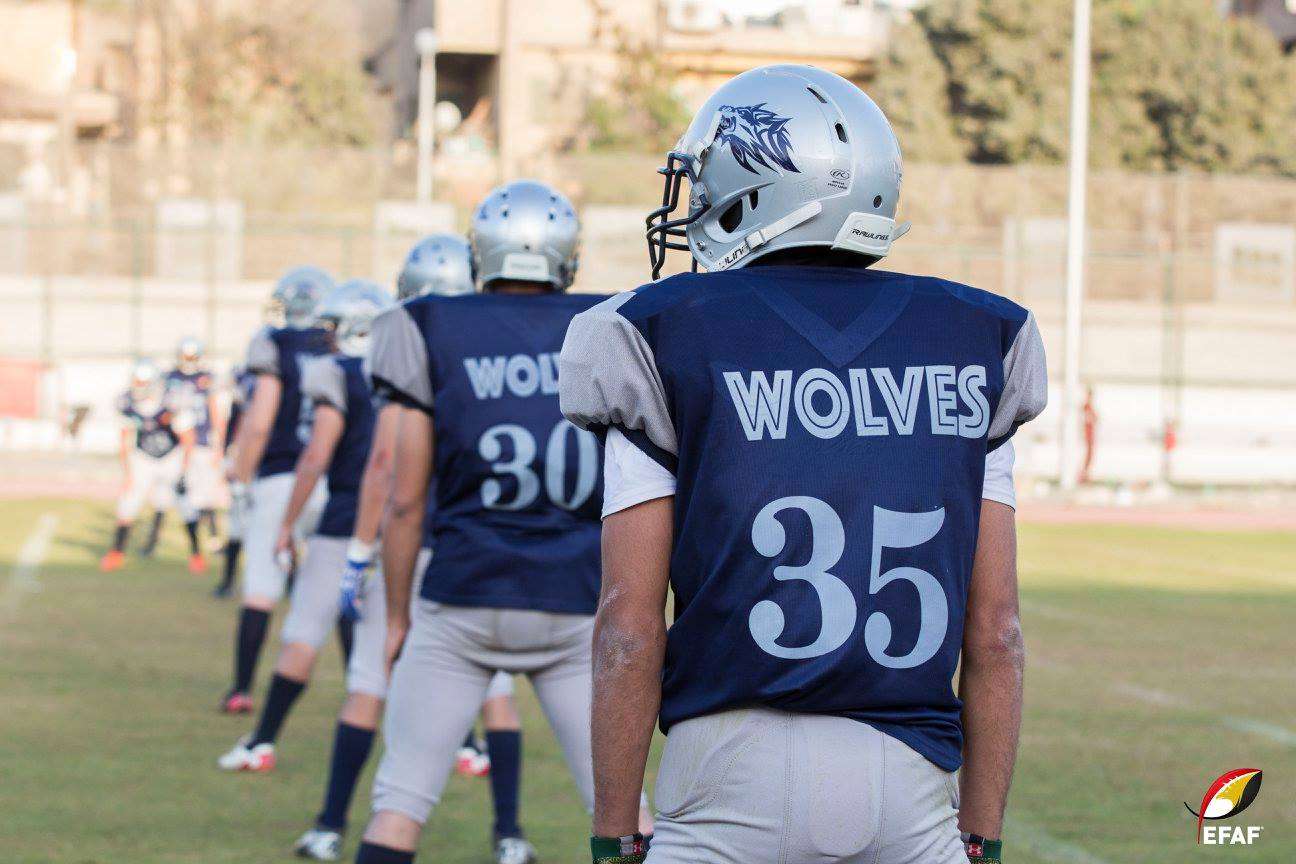 The Wolves continue on the warpath with their second win against last season’s runner up. What made their victory that much sweeter is the fact that they were actually down until the 2 minute warning then came back to win the game. At the helm of this win for the second week in a row is import Running Back/Returner/Safety Kendall Owens who was able to shine both offensively and defensively, having 10 receiving yards, 55 return yards, 46 rushing yards, completing a 31 yard pass and scoring 3 TDs. Owens also performed defensively with 3 tackles, 1 sack and 1 forced fumble. The Wolves Defense had a total of eight tackles for loss, 1 deflection and 2 sacks. 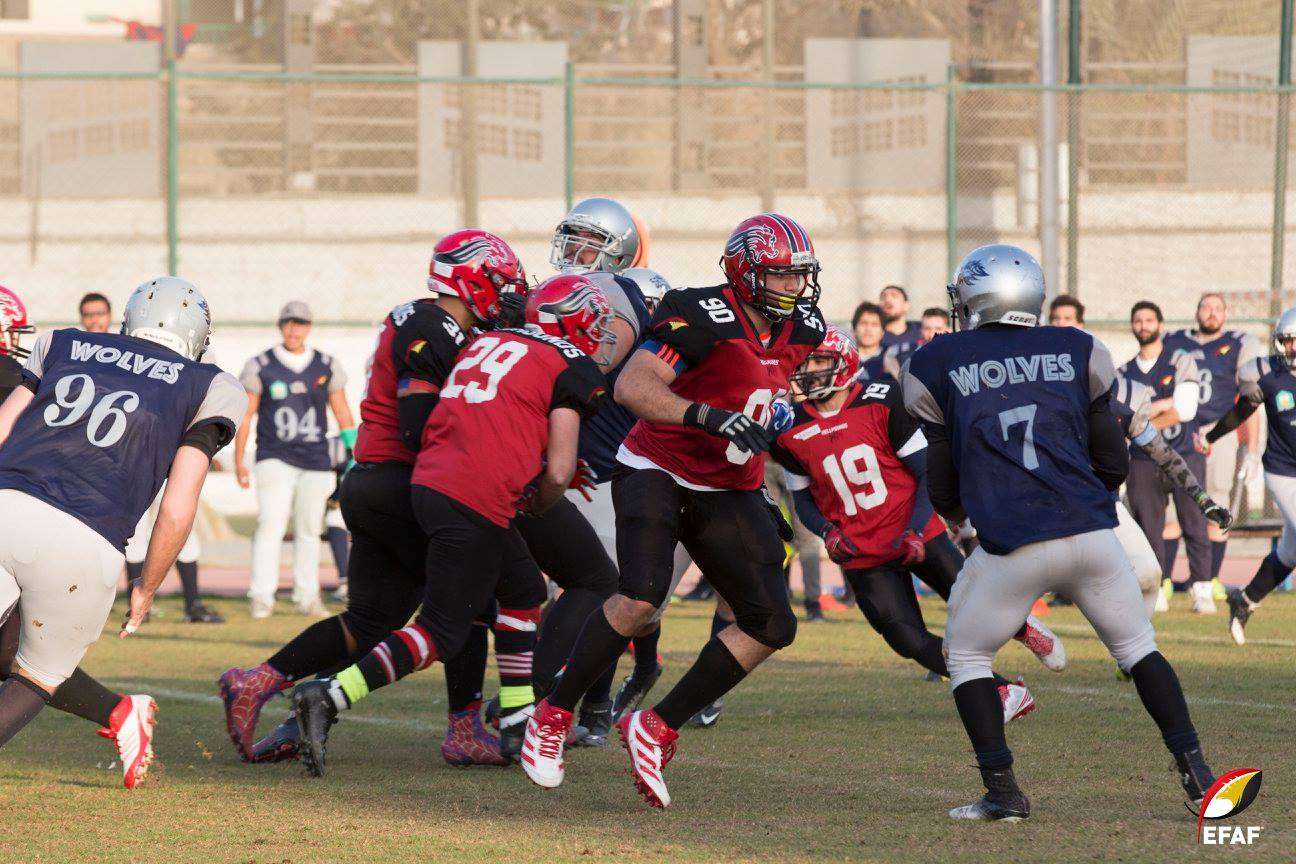 The Hellhounds also had a great performance, with receiver Mohamed Abdel Moneam totalling 142 receiving yards with 28.4 Yards per Reception and 2 TDs and Running Back Ashraf Mohamed with a total of 49 rushing yards with 5.44 yards per carry. Hounds defense had a total of 3 tackles for loss, 1 deflection and 3 sacks. 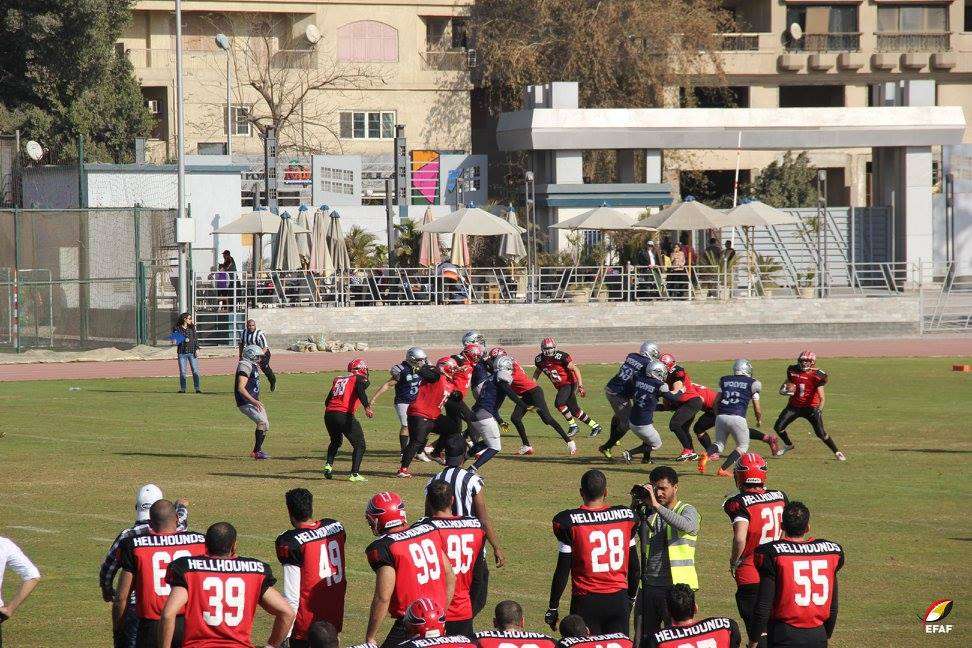 Game MVP was awarded to Hellhounds Quarterback Youssef Hamed who, despite the Hounds not coming out on top at the end, still delivered a stellar performance for his team with 164 passing yards with 82% completion, 73 rushing yards and 2 TDs. 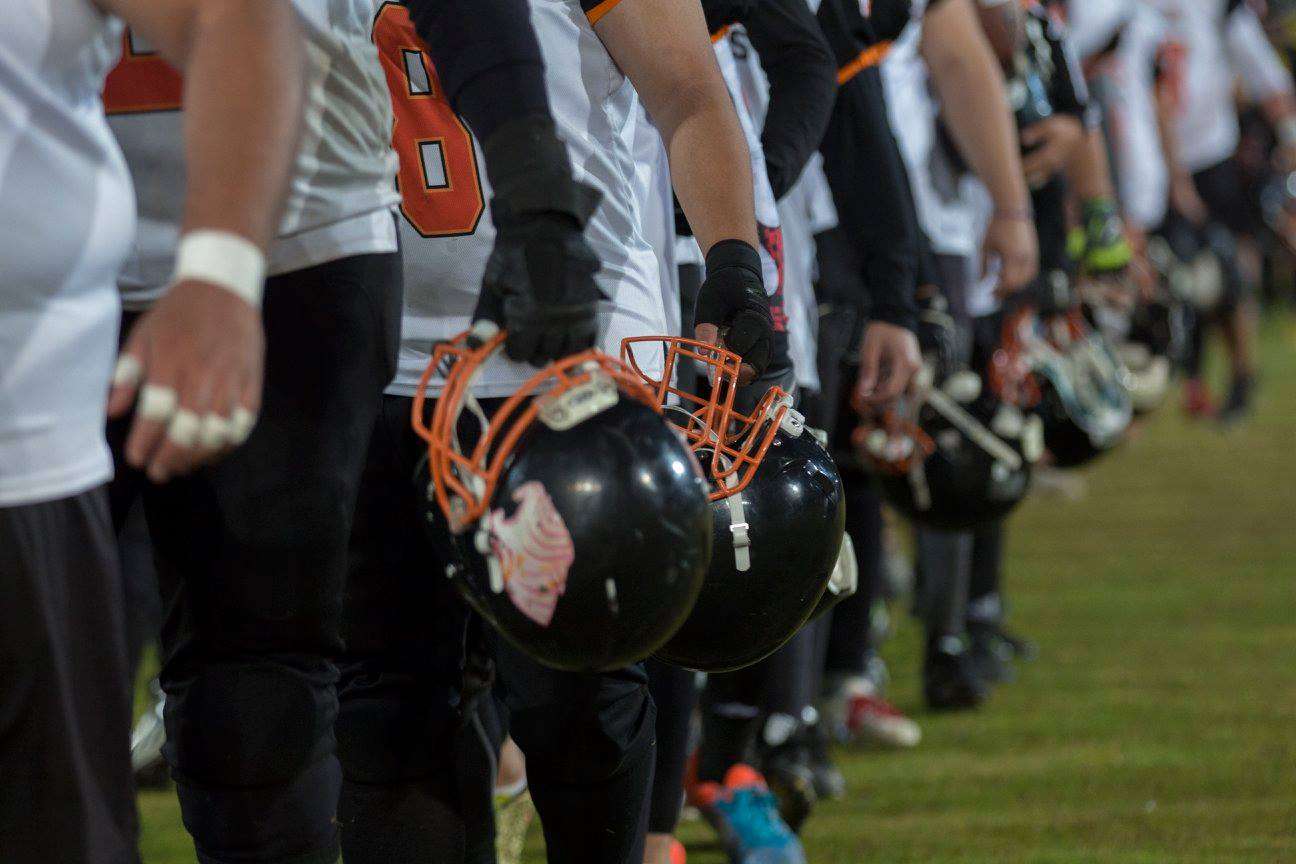 The MSA Tigers faced off against defending champions the GUC Eagles, in an attempt to make up for last week’s loss to the Wolves. The Tigers actually were first on the scoreboard by running with the football for a TD. The Eagles were able to come back with a safety and 2 TDs by Running Backs Triston McCathern and Mahmoud Zaghloul, the latter coming in near the end of the 4th quarter to seal the win. 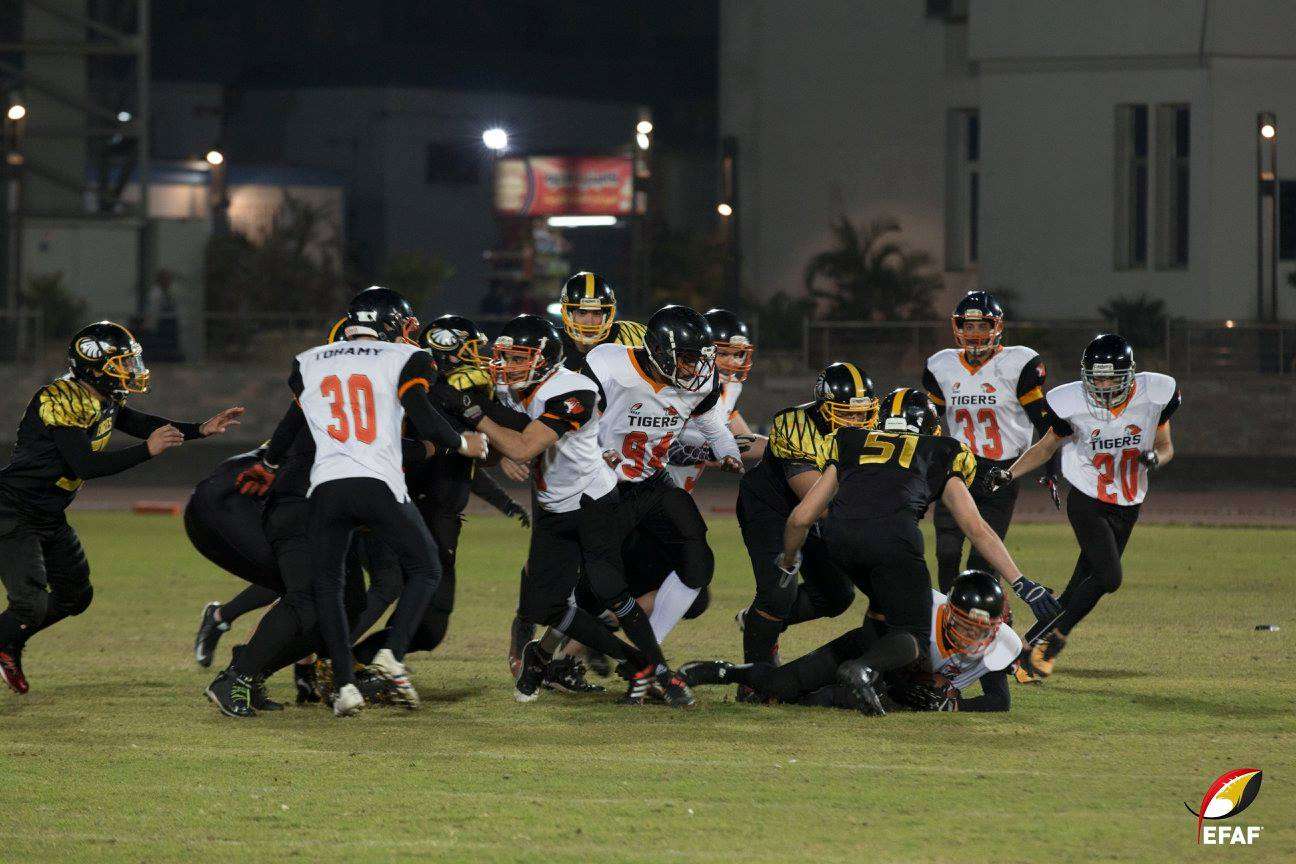 The MSA Tigers Defense had a total of 6 tackles for loss, 1 sack, 1 forced fumble, 3 deflections and 3 interceptions with a total of 76 yards.

A notable performance in the Eagles offense is receiver Seif Hesham who had a crucial 29-yard run on a fake punt to secure an essential first down for the Eagles in the fourth quarter.

The GUC Eagles defense was able to hold off the advancing Tigers in what seems to be one of the longest drives in Egyptian Football history. The Eagles defense had a combined 6 tackles for loss, 4 sacks, 1 forced fumble, 1 interception and 5 deflections. 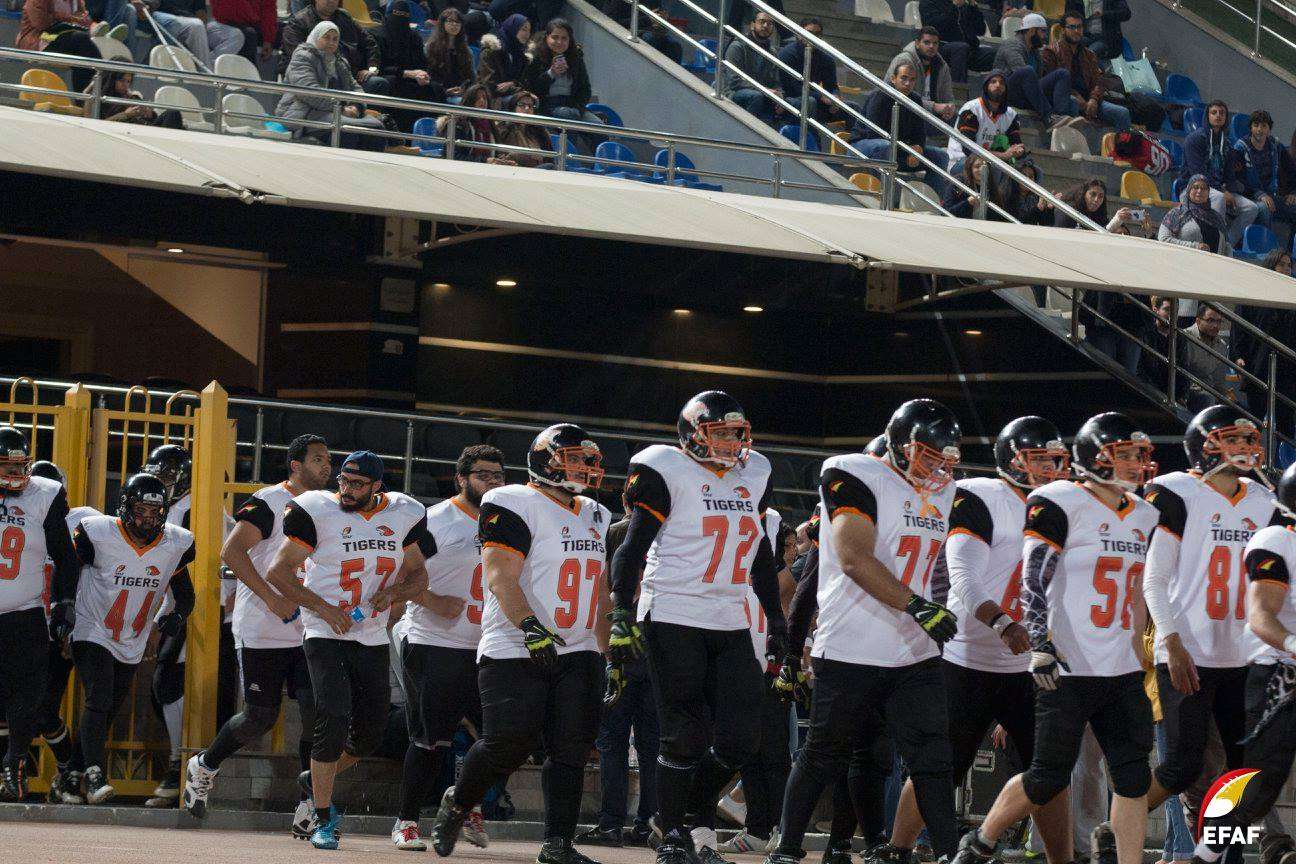 Game MVP was awarded to GUC Eagles import RB/Returner/Receiver Triston McCathern with 118 return yards, 85 rushing yards, 1 TD and a crucial tackle near his team’s end-zone following an interception by the MSA Tigers that saved the Eagles from conceding a certain TD. 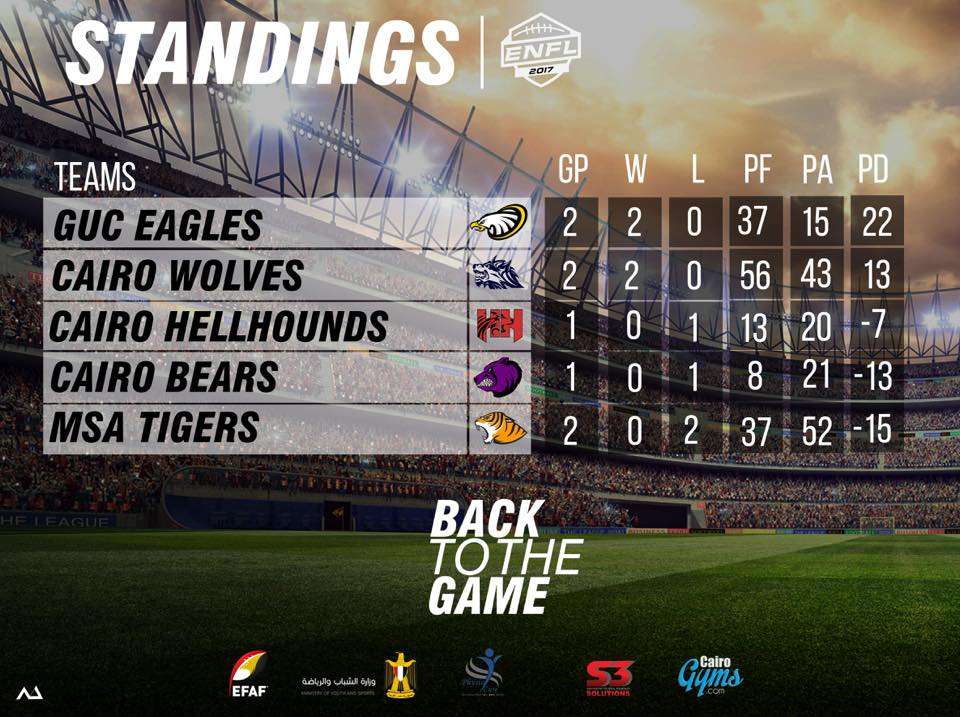 Congratulations to both winning team. Next week in ENFL17 should be very interesting as The Cairo Bears face the Hellhounds, both trying to shake off a first loss in the league while the Eagles face the Wolves, each trying to secure that crucial third win.