Home News Egyptians who made us proud in 2019 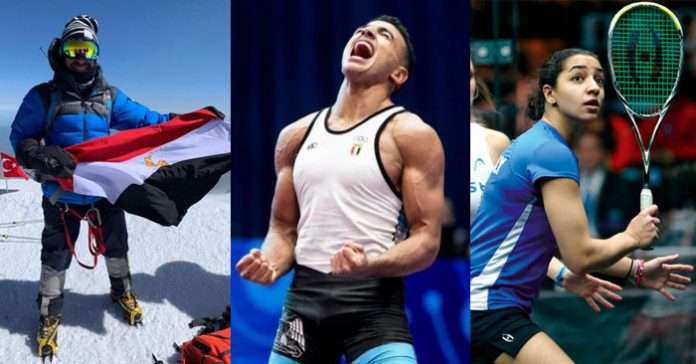 Another year passes and Egyptian athletes have never failed to make us proud. Achievement after the other, Egyptians are out there winning international titles and breaking records. 2019 is about to end and we can’t let that happen without highlighting some of these.

For winning the 2019 FIBA U-16 African Championship in Praia

For winning the World Youth Championship

For winning a gold medal in Africa’s Wrestling Champion.

For winning the first place in the Speedball world Cup.

For making it to the top point of Europe Mount Elbrus, of 5642m

For breaking a new record in the MOAB 240 RACE!

Egyptian pentathlete Ahmed El-Gendy was named the UIPM Best Junior Athlete in 2019 (for the second consecutive year)
He won two gold medals at the seniors world cup which was held in Egypt, in both the individual and mixed relay events.

These are only 22 names. We sure missed some. Mention someone you think deserves to go on the list in the comments below. Who made you proud this year?