Home News Egyptians Who Made Us Proud in 2022 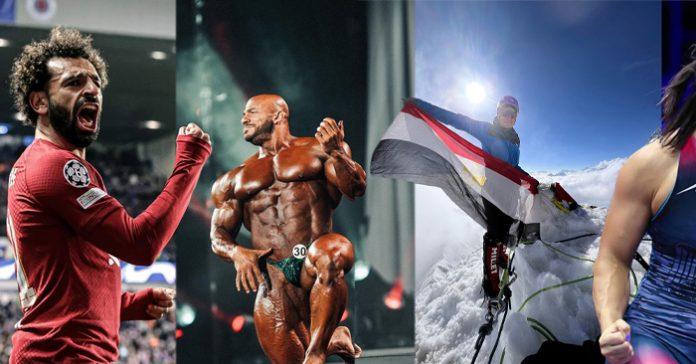 Medals, trophies, and beyond! 2022 was definitely a year of success. And as always, we like to take a moment to show our appreciation to every athlete that showed dedication and helped raise the Egyptian flag around the world. It’s time to highlight the Egyptians who made us proud in 2022.

The Egyptian king Mohamed Salah scored the fastest-ever Champions League hat trick within 6 minutes and 12 seconds. He also won the Premier League Golden Boot after finishing the season with 23 goals.

Egyptian Tennis player Mayar Sherif is officially the first Egyptian to ever win a WTA Title. The title came after her win against her Greek opponent Maria Sakkari at the Parma Open.

Nardine Ihab won the African Champion title after her 15 – 11 win against Sherwet Gaber in the finals.

Manal Rostom is the first Egyptian woman to make it to the top of Mount Everest.

Hana Goda is the youngest table tennis player in the history of the Mediterranean Games to win a Gold Medal.

Wrestler Samar Hamza is the first Egyptian woman to ever reach the World Championship Final. This came after her win against Epp Mäe in Serbia.

Egypt’s National Youth Team was crowned as world champions after a 45/ 34 win against France at the Junior Fencing World Championship.

Professional Taekwondo player Seif Eissa won a gold medal in the men’s 80 KG event at the 2022 Mediterranean Games. He also won a bronze medal at the World Taekwondo Championships in Mexico.

As we said earlier, 2022 was a year of success. Alot of athletes helped raise the Egyptian flag up high this year. Our list could only fit so many. Who was your hero this year?

Kickstart Your 2023 Fitness Goals With These Top 15 nutritionists