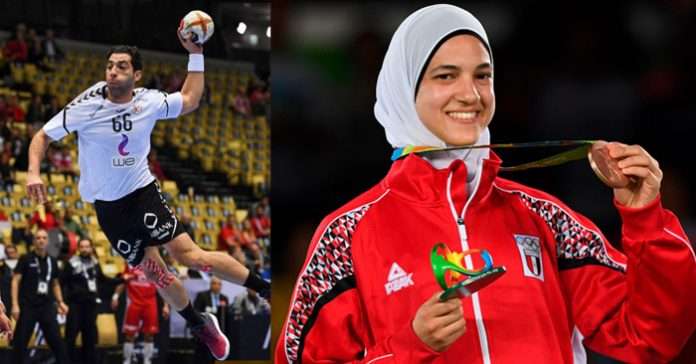 It started off with many mocking statements, but much more hope, rooting, and unfortunately, sadness beyond victory. 139 Egyptian athletes took part in this summer’s TOKYO Olympics. Our 91 female and 48 male participants joined up to 30 different Olympic sports, trying to fulfill 100 million Egyptian’s dream. The disqualification of Egypt’s weightlifting competitors due to prohibited supplementation use has broken many Egyptian hearts. Questions and arguments were on the rise regarding the truth behind the disqualification. Did the competitors really use any supplementation at all?

More doubts rose and still are rising, as to why Egypt’s best athletes, like Farida Othman (Olympic swimmer), Hamza Aboulkassem (fencer), and many others, did not win despite the great performance. As of the 8th of August however, 6 of our own grasped 4 bronze medals, a silver medal, and a gold medal ! Giving us pride and hope, Hedaya Malak (Taekwondo), Seif Eissa (Taekwondo), and Mohamed Kesho (Wrestling) gloriously earned the bronzes! The silver was earned by our pentathlon champ Aenedy, and the gold was earned by our astounding karateka Feryal Ashraf!

And let’s not forget the remarkable performance of our one and only handball team which kicked off the Olympics with a 37-30 win against Portugal and have reached the semifinals for the first time in History! Our champ made it to 4th place, and the road towards the 1st is closer yet for the next games! Despite loss, retirement, and drawbacks, Egypt’s still got champs thriving northeast in Tokyo!

The Olympic games are not over yet! We’re still watching!