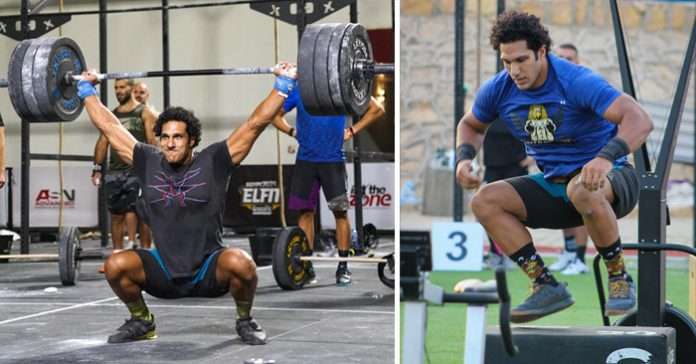 Tango was always an athlete. He started swimming at the age of 5, where he quickly became a distinguished swimmer. It wasn’t long before he joined the Egyptian National Swimming team, competing in championships and winning titles. Finally, at 19, Tango was done swimming and was ready for the next adventure.

While watching the Olympics one day, Tango and his friend discovered the sport of triathlon. It wasn’t yet introduced to Egypt, so they started practicing on their own. A year later, the Egyptian Triathlon Federation came to being, and they both started participating in official championships. In 2011, they competed in the World Triathlon Series, and Tango ranked third.

Fully invested in the sport, he made the decision to pursue triathlon professionally, so he packed his bags and moved to the US. There, he trained with the US Triathlon Federation alongside Olympic athletes and represented Egypt in several local and international championships. He ranked world 3rd in three of those.

While collecting Triathalon Series points, Tango started to get fatigued during workouts. He was training and eating well, but for some reason, he kept losing weight. Tango looked so pale that one of his teammates suggested he go to the ER and get checked. Not wanting to admit that something was wrong, Tango kept going.

The only problem is, it got exponentially worse. Tango would start workouts and not finish them, leave cycling practices mid-hill, and beat himself up for his fatigue. He couldn’t accept that the bike rides where he was easily one of the top 10 in over 200 athletes, he was now unable to finish. Struggling to cope, he would go home, eat, sleep, and shed some more weight. This loop went on for a while.

It took a literal coma for him to seek help; his body was crying for help, but Tango was too proud to admit that something was wrong. It would’ve gone on for some more time, but his body couldn’t take it. One day, he was scheduled to meet a friend for a run, but when his friend arrived, Tango was already in a coma.

Luckily, the friend was there in time. He took him to the ER, where they immediately started running tests while providing him with the medical help he needed. When the results came back, his blood glucose had reached astronomical levels, and it was only by the miracle of God that he was still alive; it was so high that the regular glucometer was unable to provide a reading, and they had to use more advanced testing.

Tango was diagnosed with Type I Diabetes. He was 23 at the time.

After his first ICU trip, Tango was prescribed some pills and sent home two days later.  It wasn’t long before he fell into a second coma and was rushed back in. After this second trip, he was put on an insulin regimen.

Going from unsuspecting to comatose to insulin-dependent in the span of a few days was a shock, to say the least. Tango was all alone, and his life came crashing on him. During this whole madness, the only question he seemed to manage was, “what about my sports?”

“You’ll do it, but you’ll do it differently” definitely wasn’t the response he was hoping for.

His symptoms got worse after the diagnosis, and his health was quickly deteriorating. Early 2014, Tango made the decision to move back home.

On his first three months back in Egypt, all he did was stay home, medicate, eat, and sleep. He gained 15 kgs.

By the end of the fourth month, Tango was done being home; he was ready to go back to triathlon. He slowly started working his way back in, but his body was still trying to make sense of it all.

One day, while biking on the notorious Sokhna Road, Tango’s glucose diminished, and he fainted in the middle of the road. Thankfully, he made it out safely, but it was a moment of clarity. It was time to admit to himself that this wasn’t working, and he couldn’t keep doing it if he wanted to make it alive. It was time for Tango to leave triathlon behind.

Tango had heard about CrossFit when he was still in America back in 2011, and now that he was looking for options, he decided to explore it further. He started doing his own research and, to his surprise, found that CrossFit had actually been releasing articles, videos, and documentaries specifically for diabetic patients. Needless to say, he was intrigued.

Tango embarked on the journey of understanding this disease. He was building up much-needed knowledge and was finally getting hold of it. He hopped on a massive journey of trial and error that resulted in a few comas and some life-threatening events, but it all worked out eventually.

Tango is now one of the best CrossFit athletes and coaches in Egypt, and he’s working towards greater things in the future.

How has being an athlete helped you manage your blood glucose levels?

“It’s actually the other way around. My diabetes is what helped me manage my fitness and sports. I became more consistent with my sports because my life now depends on it, literally.”

Do you ever feel like diabetes stands between you and your fitness goals?

“I’m not about the victim mentality. There’s no denying that it’s been challenging, but that’s what life is all about; you embrace the ups and downs and make the best of what you got.

I don’t think diabetes gets in the way, but it does have some limitations that I constantly need to work around.

Looking at it from a different angle, diabetes made me a better athlete. I was always a risk-taker and never thought twice before jumping in on an adventure. After I got diagnosed, I became more disciplined. Discipline makes better athletes.”

What has your journey with diabetes taught you?

“This whole journey has been an eye-opener for sure. The amount of little things that we take for granted is unbelievable, and you only learn how “not little” they are once you lose them. I don’t remember what it’s like to be free and in control of my life, to not have to calculate every move I make before I make it.

I learned to be more grateful because we’re blessed beyond our imagination.”

“The real flex is to stay grateful even when times are tough; we’ve got hustle in our veins.