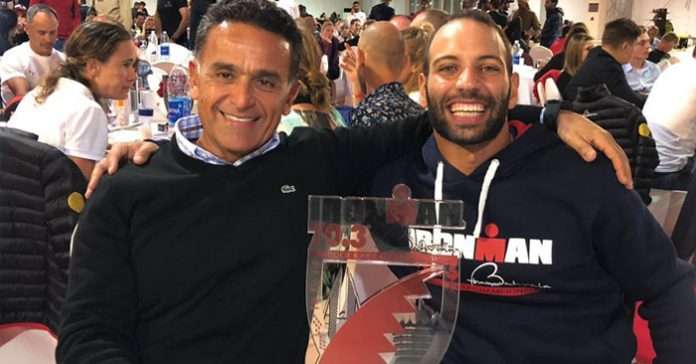 Back in 2009, a young man had just finished his 4-year study at the faculty of commerce. He, like most his age, got a job right away in the field of HR. In fact, he worked for one of the biggest HR Consultancy companies. As his career progressed, he moved to client side at one of the biggest companies in FMCG. You know, a regular 20 something-year-old path.

One day, Abuali got into a car accident. It was not just an accident, but a life-changing one. This earth-shattering accident, as most see it, left him paralyzed from the waist down. After spending a year in the hospital, rehabilitating and learning how to continue his life as normally as possible, Abuali decided that that’s it. It’s time to move on and get back to his life and career.

Back on his feet

Since his accident in 2012, Abuali took up swimming as a means of recuperating and soon became a champion in that arena. He won several national gold medals in Para-Swimming competitions and became the fastest swimmer in Egypt for the past 6 years. Abuali won 3 international medals & became #5 globally & #1 Arab & Africa.

Over the next years, Abuali associated his name with many achievements and filled his book with many success stories. For example, Abuali became the first Egyptian para-athlete to compete in IronMan, Portugal – September 2017. He introduced the CrossFit for para in Egypt and became the first para CrossFit athlete in Egypt. He even won the title of ELFIT and the gold medal in the 2017 edition. That’s in addition to many awards and medals from countries like Mexico, Madrid, Berlin, and Great  Britain.

What happened in IRONMAN70.3 MIDDLE EAST CHAMPIONSHIP in Bahrain?

Abuali was one of many who participated in the IRONMAN70.3 MIDDLE EAST CHAMPIONSHIP in Bahrain. Being brave enough to join this international competition was an achievement on its own, especially that he was the only Egyptian para. Abuali surprised everyone with his exceptional performance from attendees to judges to contestants. He truly gave the performance of his life in that championship. finished the triathlon in 6:21:32. He won 2nd place out of 3 (PC) and beat +250 abled participants. He got honored by The Crown Prince of Bahrain, Sheikh Nasser Bin Hamad Al Khalifa.

A source of inspiration

Abuali took it as a mission to inspire everyone that knows him. He gave two very touching speeches at the World Youth Forum in November of this year. He also enjoys sharing his story with others in corporates, universities, and schools to inspire people.  is both powered and supported by SODIC Developments. The SODIC family always believed in him as a person and as an athlete. They supported his cause and stood by him throughout the years. For this, he will forever be grateful.  motto in life is that “when there is a will, there’s a way”. And that’s exactly how he became the man he is today.