We’ve all heard it before, the theory that doing cardio on an empty stomach after an overnight fast sends fat burning into overdrive. If only it was true.

In 1999, Bill Phillips published his bestselling fitness book, Body-for-LIFE, which promised a body transformation in 12 weeks. Phillips put forth the theory that performing aerobic exercise first thing in the morning on an empty stomach maximizes fat loss.

His rationale was that: A prolonged absence of food brings about a reduction in circulating blood sugar, causing glycogen (stored carbohydrate) levels to fall. That leaves your body no choice but to rely more on fat, rather than glucose, to fuel.

Moreover, the low insulin levels associated with fasting are conducive to fat breakdown, increasing the availability of fatty acids to be used as energy during the exercise session. 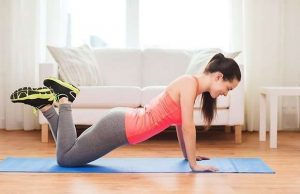 MEASURING YOUR MORNING CARDIO AND METABOLISM

First and foremost, it’s shortsighted to simply look at the number of fat calories burned during an exercise session. Your metabolism doesn’t operate in a vacuum.

Rather, the body continually adjusts its use of fat and carbohydrate for fuel depending on a variety of factors.

As a general rule, if you burn more carbohydrates while exercising, you’ll ultimately burn more fats in the post-workout period and vice versa.

WHICH BEGS THE QUESTION
“Who Cares if you burn a few extra fat calories while exercising, if an hour later, the ratio shifts to a greater carbohydrate utilization?”

In the end, it doesn’t make a bit of difference. You need to evaluate fat burning over the course of days — not hour to hour basis — to gain a meaningful perspective on its impact on body comp.

Let’s say you’re a skeptic, though, and figure it’s better to burn more fat now rather than later. A bird in the hand is better than two in the bush, right? Well, not in this case.

True, the research does show that fasted cardio can increase fat utilization during exercise compared to performing cardio in the fed state. Except this only occurs at very low levels of training intensity.

During moderate-to-high intensity levels, the body continues to break down significantly more fat when fasted compared to after you’ve eaten.

So far, so good. Unfortunately, the rate of breakdown exceeds your body’s ability to use the extra fatty acids for fuel. In other words, you have a lot of extra fatty acids floating around in the blood that can’t be used by working muscles.

Ultimately, these fatty acids are repackaged into triglycerides post-workout, and then shuttled back into fat cells. So you’ve gone to excessive lengths…only to wind up at the same place. 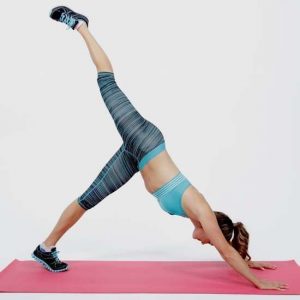 Namely, if you exercise on a regular basis — and if you’re reading this article, that likely includes you — the benefits of fasted cardio on fat utilization are negligible even at low levels of intensity.

Horowitz found that when trained subjects exercised at 50 percent of their max heart rate, an intensity that equates to a slow walk, there was no difference in the amount of fat burned regardless of whether the subjects had eaten.

These results held true for the first 90 minutes of exercise; only after this period did fasted cardio begin producing a favorable shift in the amount of fat burned.

So unless you’re willing and able to slave away on the treadmill for a couple of hours or more, fasted cardio provides no additional fat-burning benefits, irrespective of training intensity.

Fasted cardio makes even less sense when you take into account the impact of excess post-exercise oxygen consumption. EPOC, referred to as the “after burn,” represents the number of calories expended after training. Guess what? Eating before exercise promotes substantial increases in EPOC

And guess where the vast majority of calories expended in the post-exercise period come from? You got it, FAT! 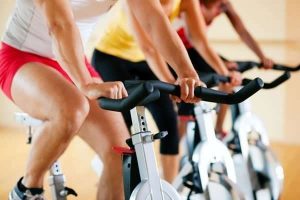 Ever try to engage in HIT session on an empty stomach? Bet you hit the wall pretty quick. In order to perform at a high level, your body needs a ready source of glycogen; deplete those stores and say goodbye to elevated training intensity.

The net result is that fewer calories are burned both during and after exercise, thereby diminishing total fat loss.

On top of everything, fasted cardio can have a catabolic effect on muscle. Studies show that training in a glycogen-depleted state substantially increases the amount of tissue proteins burned for energy during exercise.

Protein losses can exceed 10 percent of the total calories burned over the course of a one-hour cardio session — more than double that of training in the fed state.

Summing up, the strategy to perform cardio on an empty stomach is misguided, particularly for physique athletes.

At best, the effects on body composition won’t be any better than if you trained in a fed state; at worst, you’ll lose muscle and reduce total fat loss. So if you should eat…what should you eat prior to cardio?

The answer depends on several factors, including the duration and intensity of training, the timing of previous meals before the cardio session, and individual genetics.

A good rule of thumb is to consume approximately 1/4 gram of carbohydrate and 1/8 gram of protein per pound of your ideal body weight.