Home Diet Plans Get inspired to get fit! 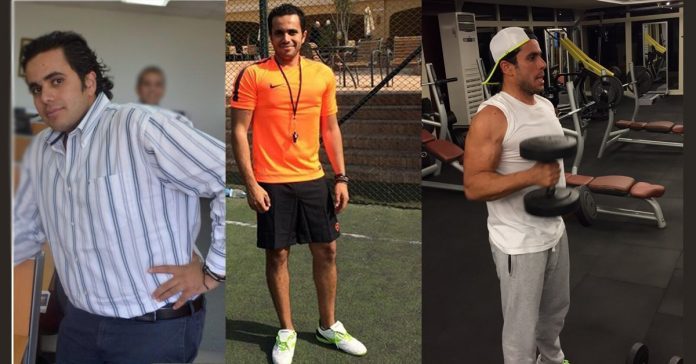 “It never crossed my mind to lose 30Kg of my weight”

Sherif Sameh, a guy in his early thirties who is 173 cm tall and used to weigh 105Kg. Owing to his work environment he subsisted on fast food, and at times of work overload the added stress made him eat even more.

He lived in denial all the time; he couldn’t believe that eating fast food can make him gain that much weight.

During a normal visit to his doctor, he was complaining about being always fatigued. To his great surprise he found out that he suffers from high cholesterol levels and irregular fast heartbeats. That was when he knew that change was calling and he had to do something about his overweight.

Sherif says “It was like a wakeup call to me”

He took a promise on himself to boycott fast food, started cooking healthier versions of his favorite restaurant foods, boosted his veggie intake, and measured portions.

It was only a start…

He kept searching over and over for a plan to follow, knowing that breaking the bad eating habits won’t rid him of 30Kg excess weight. He didn’t believe everything he read over the internet, he knew that some of the plans published online can sometimes be deceiving.

So he came up with a protein diet that made him lose 30Kg in 6 months! 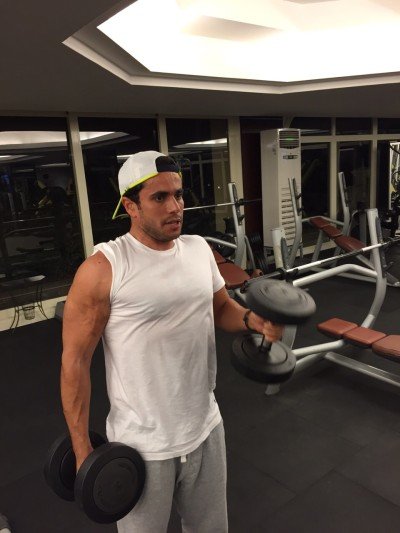 Along with the following plan, he exercised intensely 6 times a week for 6 months.

Sherif lost 30Kg of his weight and returned back to have his ideal weight 75kg! Sherif now is a personal trainer in “Athletics for life”, Arabella. He wanted to be a role model to those whom he trains.

“In order to feel significant results in losing weight, try to eat the least possible amounts of sweets and carbs”.

Add iron. “Don’t be all cardio all the time—lift weights! Replacing fat with muscle means you can burn more calories without even trying.”