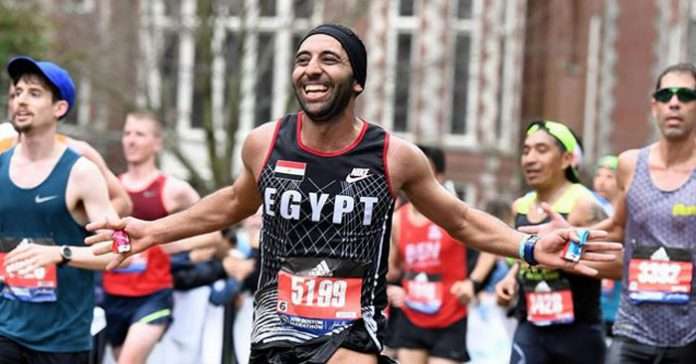 Running Worldcup is an international movement to encourage people all around the world to come together in a joined cause. It’s an initiative that started with trackers like Strava and Garmin allowing “teams” options on their apps. Instead of individuals running or cycling alone, the teams’ option allows people to join virtual teams and workout together. The only difference with the Running Worldcup is that the teams are named after countries; every country forms a team on the app and all runners from that country register under the country team’s name. Every time someone logs into the app for his or her daily workout, the numbers are added to the country’s record (must be at least 3 km in less than 30 minutes).

A captain is selected for each country based on his or her athletic achievements and accomplishments. Among legends like Usain Bolt representing their countries, Mina Wageh was accepted as Egypt’s captain for Running World Cup 2020.

You might not have heard of the competition before, so here’s how it goes

With no fees or prerequisites, Running Worldcup is a platform that brings people together and unites nations to achieve a shared goal. All you have to do is register under the “Egypt” team, sync it to your Strava account or any other apps listed on the website, and run. Don’t forget that the registry itself counts, since the country’s population and social media usage are taken into account in the judging criteria.
You can also keep track of your fellow Egyptian runners over here or on the FB group.

All the details and updates will be posted on the group.
This is a great opportunity for you to start exercising, and a great chance to bond with everyone else. Run with Mina and bring the cup home!