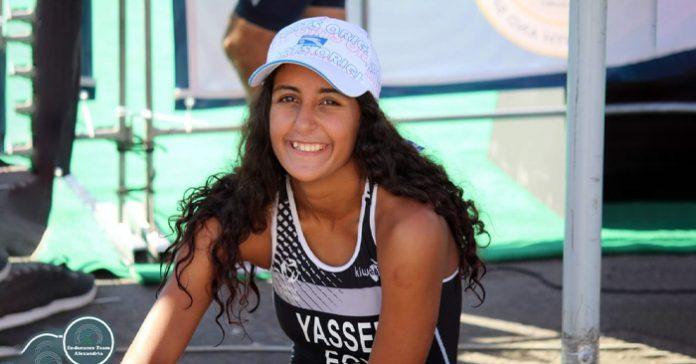 Jomana Yasser is a successful triathlon athlete – a running, cycling, and swimming multirace – and a member of the national Egyptian triathlon team. Despite being younger than nineteen, Joumana has won several national, African, and Arabic championships, seizing thirty-one national medals and five medals on the African level.

On the 24th of September, 2022, Joumana suffered convulsions while training in the swimming pool. Being noticed by her coach, Gohary, he pulled her out of the water. When he realized the decline in her heart rate, he applied first aid and CPR as he was trained. However, the convulsions grew more aggressive, her eyes rolled abnormally, and foam emerged out of her mouth. Immediately, Gohary had her transferred in three minutes to the closest hospital.

Shocking news of death – and revival!

When the doctors received her, they classified her as already deceased. “There were no heartbeats, oxygen, or blood pressure,” said Gohary. “Hearing about her death from the doctors was the worst experience I have passed through in my sports life.”

The doctors began the protocol, placing her on the ventilator, applying artificial respiration, delivering stimulating electric shocks, and injecting adrenaline into the lifeless heart. “It was a nefarious situation,” explains Gohary. “More than twenty-five of CPR trials were carried out.” After about thirty minutes of an absence of heart activity, life was instilled into her heart; it miraculously began beating with life!

After that, Joumana was taken to the intensive care unit where she stayed for seventeen days. Then, she stayed in the heart care unit for more six days. “It was a very anxious time” said Gohary. “ Her heart efficiency was only 30 percent, most biological parameters were unnerving, and some parameters were completely absent.” The doctors confirmed that the time in which she arrived at the hospital was a critical factor in saving – or reviving her.

Now, she is staying in a room in a hospital receiving the optimum treatment as she walks the journey of her recovery.

We wish her a speedy and complete recovery.

Alexandria Marathon Is Back For A New Edition