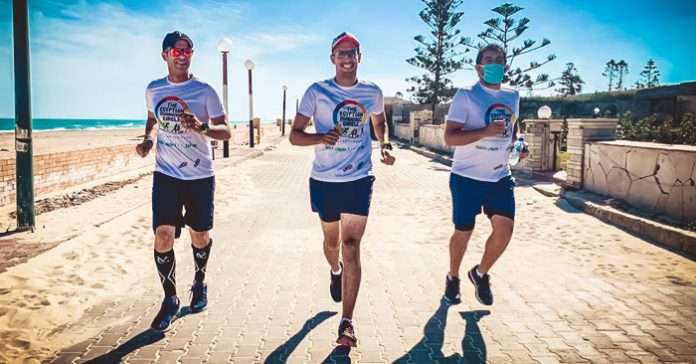 Leapthrough’s 200 Million Steps initiative finally hit its target on Thursday June 4th of 2020.  All thanks to every Egyptian and non-Egyptian who contributed to the cause, 200 million steps have been crossed to raise awareness on social distancing amidst the pandemic.

Team Leapthrough facilitated bringing together more than 700 runners to cumulatively run 200 million steps in 40 days. The core of this initiative is the Egyptian Running Circle which includes more than 50 inspiring individuals. Over the last 40 days, an inspiring story was shared every day to encourage more people to stay active while respecting the safe social distance.

After the immense success and unbelievable support with this campaign, Leapthrough is now working on a brand new one. Follow their social media and stay tuned for the next challenge!