Home Success Stories Maha Abdelsalam| The Egyptian Olympian diver with over a 100 medals! 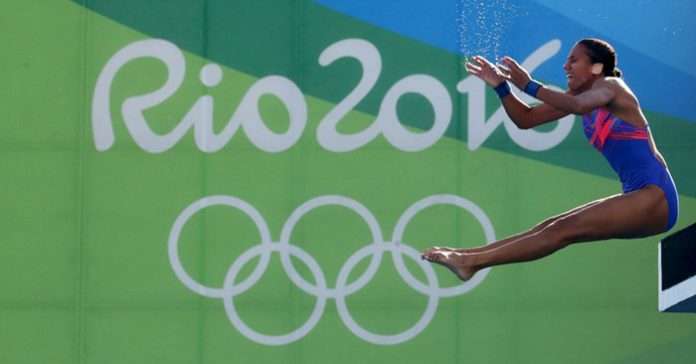 Maha, an Egyptian Olympian diver, and a 3rd year media student at Florida International University, has dazzled us all!! She went all in and around and about different kinds of sports, taking shots, building passion, and discovering different scopes to find her soul sport; diving!

Maha took a shot with diving when she was 10, to be exact, In 2008. She participated with the national team in 2010 ( only 2 years after starting the sport). Diving was only one sports gate alongside other 5 doors! Maha played gymnastics when she was 5 and was awarded over 80 medals!

Fencing took its time too, and she achieved a bronze medal in the Egyptian Fencing Championship. Now to other doors; She practiced athletics,  achieving multiple gold medals in Alexandria. Swimming too! And ballet, which she stopped at the age of 18 prior to joining the Rio Olympics in 2016

Maha is definitely an athletic soul! She achieved 3 gold medals in the African Championship, and 2 in the FINA Diving Prix. She was the first Egyptian and African to join the Rio Olympic games in 2016, and the Youth Olympics in 2014. She was awarded 4 gold medals in the Mediterranean Championships, and 1 in the Netherlands National Championship, alongside more achievements and rankings at Florida International University’s competitions, where she currently studies.

Maha is not resting just yet, she’s achieved over a 100 medals, but who’s counting?! She is more determined and definitely extremely passionate and dedicated. Maha’s aim in the coming period Is to accomplish her greatest goal; that is preparing for the Olympics to reach the finals! We’re all rooting for you Maha!