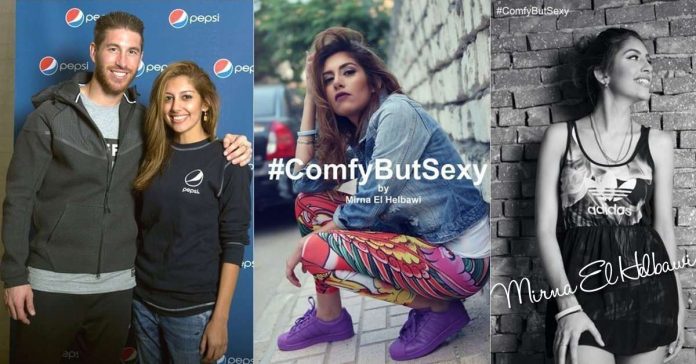 Adidas ambassador, a writer, and ex- football player! Yes, it’s a bit surprising, but those three fields can meet up together in one person.

Mirna El Helbawi is an Egyptian writer and sports figure who was chosen this year by Adidas to be their brand ambassador.

Mirna’s mom believed that she should practice sports since she was 5 years old, She pushed her really hard that she played swimming, Handball, running, Tennis, Tennis table, Taekwondo and Football. “Football was the sport that owned my heart” Mirna added.
But Mirna started to play it when she was 15 which was very late, she started in a Football girls academy in Alexandria for English and French schools, and then they were chosen, her and other three girls to join the official Smouha football team for girls. “It was an awesome experience!” Mirna said.

She had a knee injury, unfortunately. And she didn’t take care of it enough as she was very excited to get in the field again, so she had to train with the boys of her age in another club because in Smouha they didn’t let players train again without being fully recovered, but this cost  her not to play football again. 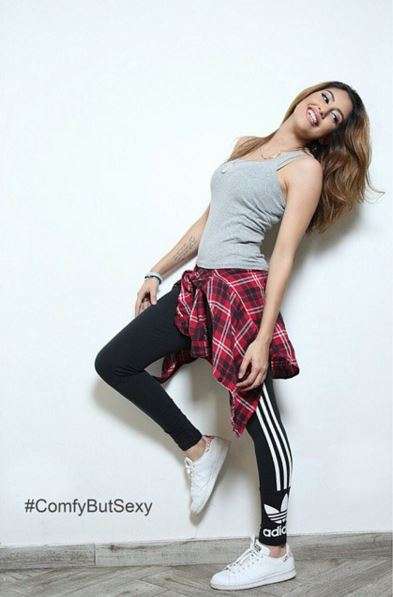 How Adidas chose her?

It all started last April, when one of the Marketing officials in Adidas Originals asked her a meeting to be one of their brand ambassadors in Egypt.
“I’m honored to be part of the Adidas Originals family, It is a great mix between street fashion and sports wear which suits me the best now as I’m not playing any sports, but definitely into the sports industry and have a good background in it.” Mirna said. 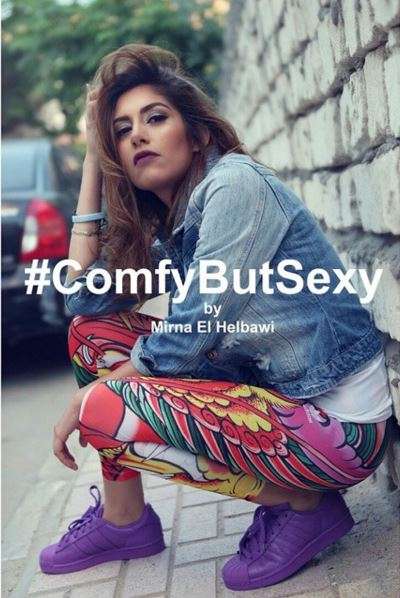 “I don’t think I reached my ultimate achievement yet, because whenever I achieve something, the boundaries get higher and higher, and I think whoever thinks he reached his ultimate achievement has a lack of vision!” Mirna said, “But I achieved to meet Sergio Ramos, Xavi Hernandez and to be known as a sports figure and to assure that Football owns all people’s hearts including Females too.” She added.

And About her Diet..

Mirna said that she’s not a big fan of food and this is helping her a lot in watching her weight. “I usually eat small portions of everything, I hate sweets and this gives me extra credit too, I don’t live to eat, I just eat to live, but lately I’m concentrating on cutting sugar off my drinks, drink a lot of water during the day to stay hydrated, also making sure to eat colored food like vegetables and fruits and Lately I cut off the Junk food thing, It is disgusting!” She added. 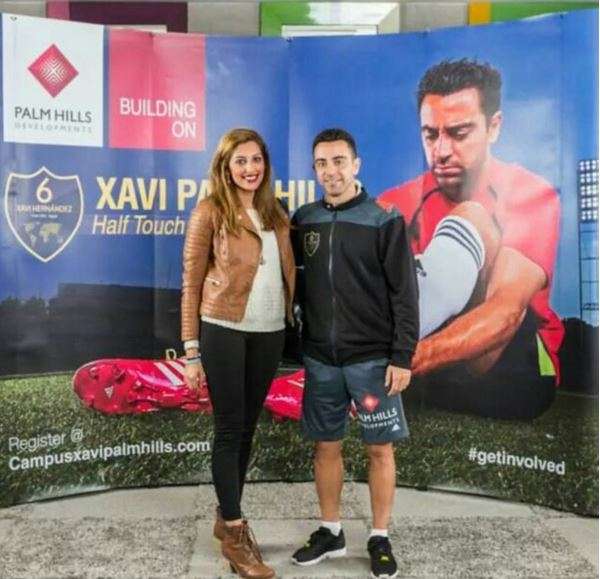 “I want to change the football industry in Egypt, I want to be a coach.”

Football Coaching, from a Dream to Reality..

“I want to change the football industry in Egypt, I want to be a coach.” Mirna said. She actually started some live coaching courses in Nogoum Al Mostakbal FC and they gave her the chance to take coaching courses there and assist their former coach as she was attending all the trainings, and was getting to know how to deal with the players and the different coaching techniques. But unfortunately she had to stop due to what happened in the Air Defense Stadium last year.
“I have to struggle with the idea of making people in the sports field believe that a Female can manage a football team, I’m working on getting another chance in coaching” She declared.

She also added; “I believe in passion and hard work, if you don’t have enough passion for sports or fitness you will not get anywhere, But passion is  not enough, It requires hard working person to reach the goals, and also you have to be different so whatever you do can be highlighted.”