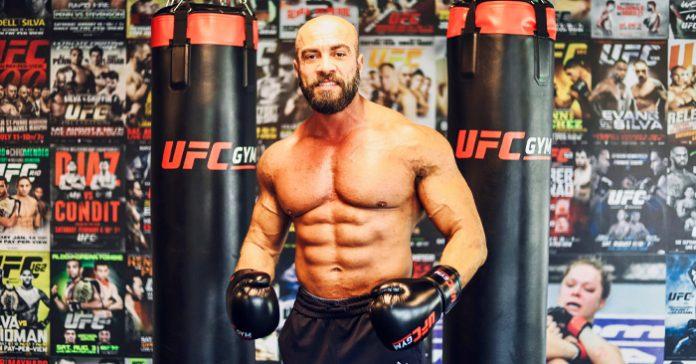 Mo Naga changed his career after his graduation from veterinary medicine, at that time, he was a fitness champion, both in his university and nationally. He started his fitness journey in 2007. Mo began his career as a gym trainer, and progressively and passionately worked on improving and upgrading his knowledge and skills by taking multiple courses. The athlete later became a fitness manager in the same place.

How did you begin coaching stars?

“I started by coaching Ahmed El Saka, then Ghada Adel, Ahmed El- Saadani, Rami Emam, and Mohamed Emam, followed by many other A class actors and actresses. I gained their trust because of the visible and authentic results they saw.

I’m delighted that I participated in helping them achieve all the goals needed for their roles, to both look and feel authentic, and to reach their target in a fast and effective way. “

“My acting journey started through Ahmed El- Saka, he saw a charisma in me and a talent in acting that I wasn’t aware of. He motivated me and convinced me to give it a go. I Participated in “Zehab w Awda”, in an intelligence agent role, both my physique and acting convinced people. After that, I joined Yasser Galal in a few series, I took part in 2 movies, and a couple of shows.

“Luckily, I have a charisma in cooking. I’m also a professional chef, I hosted my own show, which is airing currently on Fatafet TV channel. I’ve had a lot of options in media and acting, and the opportunities besides my experience keeps getting better and more advanced. I’d gratefully say that everything is going great both in the media and fitness community.

I intend to continue in fitness, I am now a general manager in UFC, and I will hopefully soon open my own group of facilities/ brand with great potential partners. My category in acting is going great and I’m yearning for the best.”

“If you are going to achieve excellence in big things, you develop the habit in little matters. Excellence is not an exception; it is a prevailing attitude.”