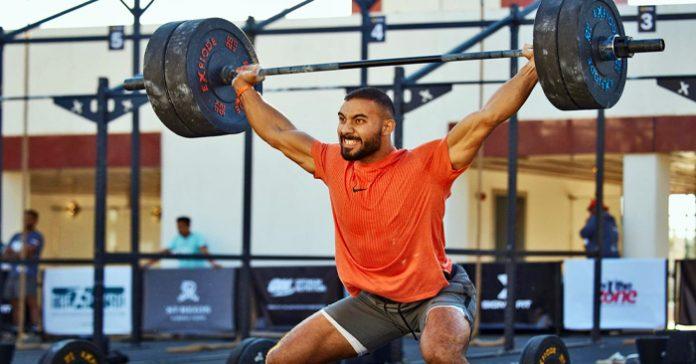 Meet strength and conditioning coach, former African, Arab, and 8 times national rowing champion, Muhammed Saad!  Saad Graduated from engineering school, with a bachelor of mechatronics, and his plot twisted to a career in the fitness industry for over 6 years now! Saad’s motto “Dreams will come True”, has been a great drive in his accomplishments!

Rowing At the Nile

“Rowing at the Nile had a lot of stories, sceneries, and victories, I used to wake up every day at 4:30 am, drive to the Nile and row, before heading to my university. After my classes, I would hit the gym to stay fit. Rowing during my engineering years was very challenging, so after many memories, and rewards, I decided to shift from rowing to CrossFit.

I began by joining a gym for a year, then moved to TD athletics in Zamalek and finally to CrossFit Engine38 for over 4 years. I went in to go big, I started to compete soon, and have had many milestones, leading to my current rank: 5th in Egypt and 30th in Africa!

During coaching, and it was hard to train and work simultaneously. I used to work while studying, and then switched to full time when I graduated. I coach for around 8-10 hours a day, online and on-site training and coaching. I’ve always hoped to excel in CrossFit like rowing, training and competing in CrossFit is trickier.”

“With the beginning of my golden era in CrossFit, and right after quitting rowing, I got a disc in my back that stopped me for training for a year. I lost 20 kgs, and I got so weak physically, and exhausted mentally. I couldn’t coach or train, or move, everything was extremely difficult. On the bright side, I took care of the little details more after healing from my injury.

I was self-funded for a very long time. managing time between was challenging, self-training, and personal training. I used to hit the gym every day from 6 to 10 am, rest a little, then continue from 1 to 9 pm, it was like that, 7 days a week, for 4 years. I barely had time to rest.

Saad ranked 5th in Egypt, 30th in Africa, was Arab champion, and Egypt’s champion 8 times, besides many national achievements in CrossFit. “I work with a lot of kids ages 5 plus, I believe they are the future, and I have extra-ordinary examples, like Ziad who was a teen, and ranked 110th in the world, before joining seniors, ranking 9th in Egypt, and reaching the semifinal of the CrossFit games in cape town!”

“My dream is to excel in the Fitness and coaching industry, and to reach the Cross-Fit games one day!”

Sarah Sadek, a rising star in the world of kitesurfing

Zeina El-Alamy, A Rising Star in The World Of Volleyball