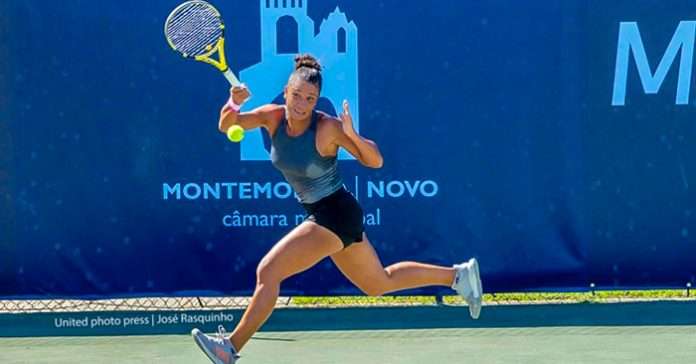 Sandra Samir is a 22-year-old professional tennis player and Business student. Inspired by her older sister, Sandra first started tennis at the age of 5; she was drawn to the environment, the colors, and the pretty uniforms.

When she was only 16, Sandra ranked World 12th in junior tennis to become the first Egyptian girl to ever hold that number. That very year, she was among the first Egyptian tennis players to participate in the Youth Olympics and was the one to raise the Egyptian flag in the 2014 Youth Olympics opening ceremony, an honor that she will forever hold with pride. As a young athlete, Sandra played in the 4 Grand Slams 3 years in a row at ages 15 through 17, which is when she realized that tennis is her one true passion. Sandra went on to win 9 ITF women tournaments in the pro circuit, 3 gold medals in the 2015 All African Ladies Cup, and countless other titles and African cups, each of which holds a special place in her heart.

Tennis shaped Sandra’s personality and character; she matured faster than her age and learned responsibility and discipline having had to travel alone at a young age to tour and to compete worldwide. She’s always inspired by her passion for the sport, the court adrenaline, the joy of competition, and the overall thrill and hunger for improvement.

“Tennis is and has always been big in Egypt, but more light needs to be shed on the Egyptian accomplishments and the players doing great on the tour, breaking barriers, and making history by the day. Tennis taught me passion and gave me purpose, and I’ll eternally be grateful for that”.