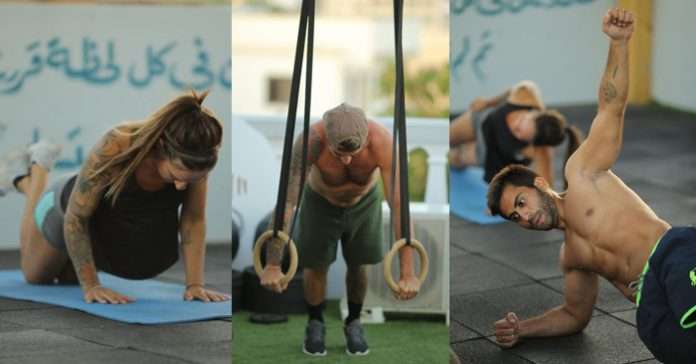 Last month, Dahab witnessed the opening of its first-ever CrossFit box: Sharkfit Dahab. As they say, good things never come easy, and the journey that Shaza El Qersh hopped on months ago was nothing short of challenging. Shaza studied law as a university student and practiced it for the 4 years that followed her graduation. While a student, Shaza was always doing something; she worked many different jobs including sales and call centers, and started practicing CrossFit 2 years into her uni journey. She started practicing at Pharoahs and then did an internship at CrossFit Stars after which she started coaching. Shaza coached at both CrossFit Stars and The Hit Clan.

Shaza was an excellent lawyer and had quite a lucrative career, but her passion was somewhere else. The onset of COVID-19 served as a wake-up call for her and she decided that she wanted to open her own CrossFit box in Cairo. Something felt off and she later decided that Dahab would be the spot for her box, quit her job, and went for it. She rented a space and started with a few kettlebells and mats, and was growing at her own pace. Just as she was getting known and placing orders for the bigger equipment, she had a disagreement with the owner and was out of a training spot. She then had to put everything on hold, freeze all memberships, and go hunting.

After a 3-week search, she finally found her perfect spot overlooking the ocean with the mountains in the background. The space was unfinished though and it took her some time to get it up and going, but it’s here now! Shark Fit offers personal training as well as beginners (New Fins), Intermediate, and advanced (Shark-Max) classes.