Home Supplements Steroids And Their Harmful Side Effects 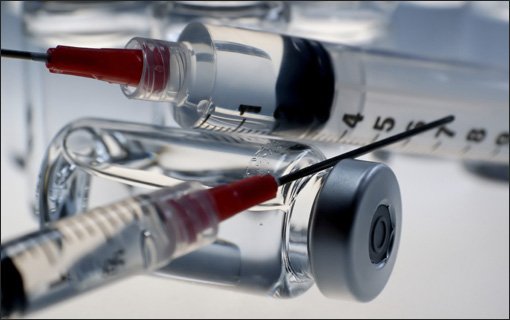 The term steroids normally are associated with reference to a class of drugs that are used to treat a variety of medical conditions. Steroids have several uses for medical purposes, such as maintaining sexual characteristics in males following surgery for removal of testes following testicular cancer, in adolescent males suffering with malfunction of the pituitary gland, and following surgery and cancer that involves loss of muscle tissue. These drugs are also used for supporting reproduction, regulation of the metabolism and immune functions. Also used for increasing muscle mass, bone mass, inflammation and other medical conditions.

“Anabolic means use of something that causes a building up of tissue. The term anabolism refers more generally to an increase in lean tissue in particular muscle tissue”.

Anabolic steroids or more precisely anabolic androgenic steroids (AAS) are a class of synthetic drugs that are designed to mimic the effects of the hormone testosterone. Testosterone is derived in the body from cholesterol, and like other steroid hormones, testosterone has its main effect on tissues. Testosterone enters a body cell and attaches to a receptor which crosses into the cell nucleus where it activates the synthesis of protein. Protein synthesis leads to tissue repair and growth. If we are able to increase protein synthesis it would lead to quicker regeneration of the body, and to give faster recovery from illness and injuries.

A steroid used in the treatment of medical conditions usually involves the use of only one type of steroid and medical patients are closely monitored and the doses used are approximately that which would be produced naturally by the human body. In the case of steroid use in sports, people tend to take mega dosages sometimes 10-100 times the dosage that would be administered for some medical conditions and often involving more than one type at a time. Most steroid users, and especially novice users, get their dosage instructions from the seller or from friends who take the drugs, more often without any questions as to the drugs effects, or correct dosages. Many steroids available on the black market are even of dubious quality and often only contain small amounts of the drug. Some of these drugs have even been reported to contain only water and a dye, or contain only normal peanut oil.

Side Effects of Steroids Use

The side effects that steroids have on the body are many and can cause some serious side effects including cancers, but many sports users chose to ignore any information on side effects, even to the point of using the excuse of “its only the drugs abuse that causes side effects” but any drug that alters the homeostasis of the body will have an effect.

Looking at the body in more detail we can look at how steroids can affect each different part of the body:

Studies have shown a pattern between high testosterone levels and aggressive behaviour, which is often seen as the users involved in violent acts. Often steroids have been used as an excuse for a person’s aggressive behaviour. High dose users have also been affected with psychotic syndromes and a high level of anxiety. Other effects that appear are, sleep disturbances, feelings of euphoria, high levels of paranoia, various stages of depression, with some users suffering extreme mood swings, and also changes in their personality. A large number of users become dependant on steroid use which then can lead to addiction.

Steroid use results in high levels of water retention (oedema) leading to the user becoming “round faced” with puffy cheeks. In females reports have shown the effect of a growth of facial hair quite common, bad breath is quite a common effect as is the voice of females becoming husky by a deepening of the voice. Steroids also commonly affect the skin of the face and body by causing acne.

Long term use of steroids can actually damage the eyes, resulting in eye infections, cataracts or glaucoma.

Male pattern baldness is common in both females and males due to the conversion of high levels of testosterone into dihydrotestosterone or DHT, causing the hair follicles to shrink, which only then produces very fine hair. Eventually with continued steroid use the hair follicle dies leading to permanent baldness.

This section the steroid user should be most concerned about, but normally choose to ignore until a serious cardiovascular event happens. Steroid use causes heart disease and becomes evident due to high increases in total cholesterol levels, causing a build up of cholesterol on the walls of the blood vessels which can also lead to strokes. Also shown is a decrease in the levels of the good cholesterol (HDL) and increase in the bad cholesterol (LDL). Blood pressure is known to increase and blood clots in blood vessels disrupting the blood flow causing damage to the heart muscle leading to heart attacks.

Normal signs of problems to the stomach from steroid use include feelings of being bloated, a feeling of being nauseous leading to bouts of vomiting with blood sometimes being evident in the vomit caused by irritation to the stomach lining and increased stomach acids with a lower level of stomach mucus.

The kidneys are important for the elimination of waste material from the blood and the regulation of salt and water levels. Another important function of the kidneys is the regulation of blood pressure; high blood pressure damages the blood vessels and filtering system of the kidneys. The occurrence of kidney problems occurs mostly with the use of oral steroids with a suppression of blood clotting factors leading to increased blood clotting time following cuts or injury. The kidneys have to work harder with oral steroid use due to increase requirements to filter the blood. Steroid users also normally resort to ultra high protein intake, sometime far in excess of normal intake involved with weight training which can lead to kidney stones. Kidney stones can block the opening of the urinary tract leading to problems with urinary excretion. High blood pressure can also cause problems to the kidneys by damaging the blood vessels by causing thickening and narrowed blood vessels leading to a reduced blood supply and filtration.

The liver, the largest organ of the body is used to filter harmful toxins from the blood and for storage of certain nutrients like vitamins/minerals. It is also important for the managing levels of chemicals such as proteins, cholesterol and sugars. The liver is also used for the production of bile to aid in the digestion of food. Steroid use has been shown to cause irreversible liver damage and cancers. Oral steroids are difficult for the liver to metabolise leading to a decrease in the ability of the liver to clear waste products. Some counterfeit steroids have been known to carry all kinds of bacteria and virus leading to adverse liver function. Hepatocellular jaundice which is evident by a yellowing of the skin and eyes, can be caused by an abnormal liver function as the liver cannot effectively filter the blood.

Breast development (Gynocomastia) from steroid use is a very common and an often seen side effect of long term steroid cycles or high dose steroid use, causes a formation of breast tissue which begins as visible lumps under the nipples that normally requires surgical intervention. The breasts of female steroid users can actually shrink in size.

Use of steroids by teenagers and males in their early twenties who have not yet ceased growing can impair bone growth leading to being shorter in height in adulthood due to premature closure of epiphyseal growth plates. Bone pain can also be a side effect of steroid use.

The use of steroids can make a person feel stronger than they actually are, resulting in trying to lift heavier weights than their body is actually capable of, which can lead to muscle tears. The muscle can get stronger more rapidly than the strength of the tendons then a greater possibility of tendon rupture is likely to occur.

Steroid use can have an effect on the user’s skin by affecting the skin pores and causing roughness in the skin texture. Other skin conditions that are often seen are red blotchy, greasy skin with acne on the face and back. Stretch marks can also appear due to rapid growth of muscle or a thinning of the skin. As mentioned above steroids affect the liver and a side effect is jaundice, this becomes evident by a yellowing of the skin and eyes.

An impaired immune function can occur with steroid use with problems occurring after cessation and effects becoming more visible.

This means the appearance of being bloated and is caused by an accumulation of fluid which is mostly seen as swollen ankles and fingers.

Many steroid users are often frightened to go to a needle exchange to obtain a supply of sterile needles in case they are labelled addicts, often resulting in the use of, or sharing of non sterile needles, which can cause blood poisoning with a higher risk of infection and infectious diseases. The user’s injection site can also become swollen and tender and can lead to abscesses which can then lead to the requirement of painful medical intervention.