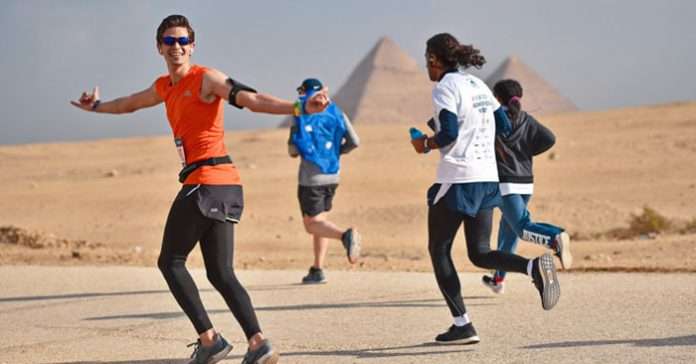 Although 2020 has been one of the most difficult years this Millenia, Cairogyms and the fitness and health community could and would not take a pause. Health was one of the greatest blessing and goal we needed to keep and maintain during the pandemic, which has led to many different types of inconvenience to everyone. Despite that, we’ve managed to stick together (safely) and create and cover events to boost both our mental and physical health. Here’s to the parts of 2020 that we treasure;

About the event: The race featured three exciting distances: the 21K, 10K, and 6K.
Date: February 22
Album
Pyramids Half Marathon

About the event: 3k Row on the Concept 2 Rower, 3 miles Bike on the Assault bike, and a 3 miles Run.
Date: February 7
Album
Engine 38

About the event: CairoGyms touring and bringing you coverage from the best training spots in Sahel.
Date: July – August
CairoGyms

About the event: 5 kilometers of running through obstacles in Sahel
Date: October 2
Album
Night Runners

About the event: Running through the beautiful Gouna
Date: November 13
Album
Gouna Half Marathon

About the event: A 137km ride with around 1,300m of elevation, starting from Cairo-Sokhna toll booth all the way to Galala city.
Date: November 27
Power Ride

About the event: Kickboxing and Fitness Camp by the sea at Ras Sudr
Date: December 11
TWC

About the event: The event featured 13+ obstacles, a 5K distance, and a mini mudder.
Date: December 18 & 19
Album
Tough Mudder

About the event: Sports Academy for adults (18 years and above) by the founders of CairoRunners
Date: December 26
Sports Ville