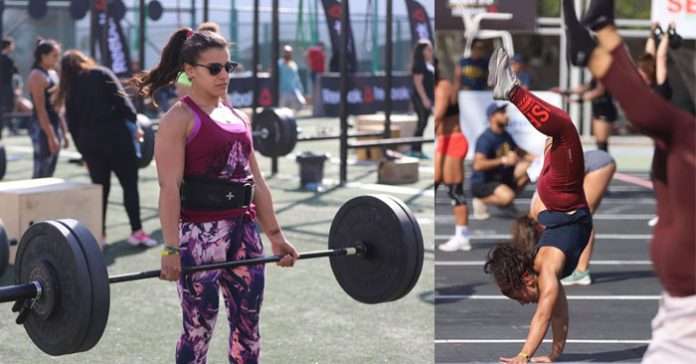 Aya Fouad has quite a list of athletic achievements for being only 25 years old. Aya, who is now The Fittest Woman in Egypt – used to be a former track and field national champ (javelin thrower), she’s also a Rugby player in Alex Rugby Club. Her CrossFit journey started early in 2017, when she first decided to join CrossFit Open (scaled division) and surprisingly ranked 1st place on Africa (scaled division). This is not bad at all for an athlete who didn’t even train specifically for that sport. From this moment, Aya decided alongside with her coach Loai Abdelkader to raise the bar & compete in the RX’d division in 2018, and Aya finished it at 4th Fittest in Egypt, putting both Alexandria and CrossFit Tycoons on the national map of CrossFit.

This year, her dream simply came true. With all the support of her coaches, family and community, along 5 Open workouts, Aya did nothing but her best, fervently proving that she deserves the title of “The Fittest Woman in Egypt”.

This year, the CrossFit Chairman Greg Glassman announced big changes to the Games. In an effort to get back to the core of CrossFit and better represent the globalization of the sport of fitness, Reebok CrossFit Games 2019 rulebook confirms that the top 20 individual males and 20 females worldwide in the Open, and the top individual athletes in each recognized country will qualify. Additionally the winning male/female athlete from each of the 15 Sanctioned events for 2019, will receive an invite to compete at the CrossFit Games.

Today, Aya is preparing to represent Egypt alongside Egypt’s fittest man “ Mohamed El-Omda”, to compete for the title of“ The Fittest On Earth” 2019 Reebok CrossFit Games which will take place in Madison, Wisconsin at the Alliant Energy Centre. For The First Time in History, We’re going to witness Egyptian Champions competing at the CrossFit Games 2019:-