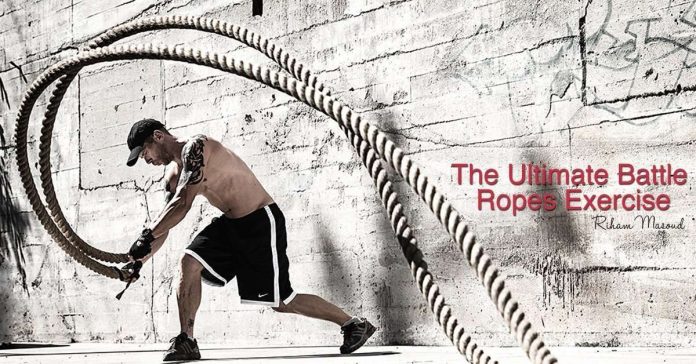 When you see the word “rope” in a workout, your brain automatically associates ropes to rope climbing or rope pulling.  There are so many exercises that could be done with ropes known as “The battle rope” exercises. Battle ropes are used as at high intensity to develop the athlete’s grip strength, upper body strength, core strength, endurance and power. These ropes will provide a killer workout.

What is a battle rope? 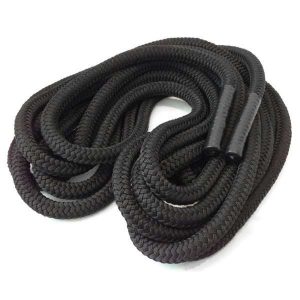 Battle Ropes come in all shapes and sizes.

Weight: 7.5 and 20 kg, depending on the thickness and length.

The rope is wrapped around an anchor point, and you hold it at the very end of the rope’s length (by one or two hands, depending on the exercise). By implementing a whipping or circular motion with your arms, you create what’s called a “wave”, which requires a huge metabolic demand and coordination to maintain in the rope.

The best thing about battle ropes workouts, that it’s suitable for different athlete levels from absolute beginners to Elite athletes

If the athlete is suffering from any shoulder, wrist or any upper body injury, they should stop immediately the workout until they are injury free. 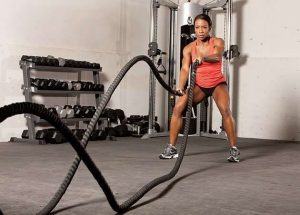 Instead of alternating your arms up and down, move them up and down together 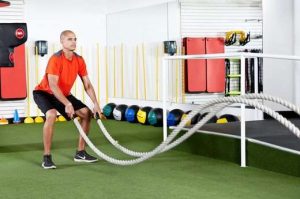 In and Out circles 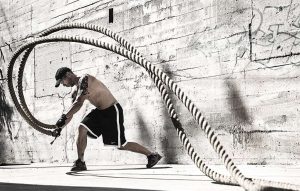 Side to side “Snake” waves

Swing your arms together side-to-side. 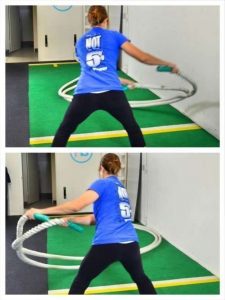 Hold the ropes by both ends and do some jumping jacks 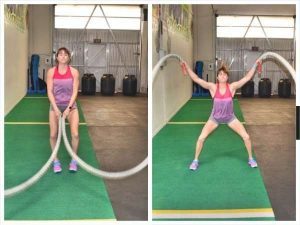 Make a figure eight shape in the air. Change direction half way through the round

Go get yourself a battle rope and try some of the following workouts:

-WOD 3: 20 seconds each of single and double waves until failure.