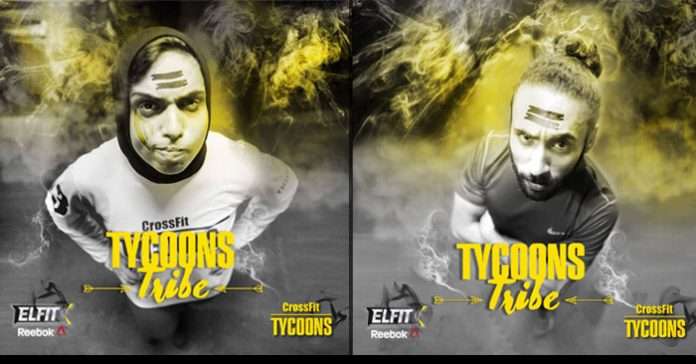 CrossFit Tycoons, The First & Only CrossFit Box in Alexandria and one of the fastest growing fitness entities in the Market. It came out this year with an amazing campaign encouraging and honoring their athletes who’re going to compete in ElFit in a very creative way.

What’s this campaign all about?

“With lots of rockies and first-time competitors, it was all about making every single one look as cool as possible and allowing them to show off to their friends about their experiences -through series of instastory interviews- inspiring thousands of followers and new customers to participate and to compete. Also, it was about creating an unbreakable bond between them, as they were training in different locations and now they all train under the supervision of CF Tycoons Head Coach/Founder loai abdelkader ”

Do you think everyone can compete?

“CrossFit is all about competition as we understand this very well, that’s why it became habit-forming for our members by casually pitting them against one another giving them something to compete over in regular training sessions and also in different community events such as Tycoons Games & Fit For Good.”

How do you see ElFit as a competition?

Thanks to Adam and in the zone team. Elfit became one of the top competitions in the region and every year it gets better & better. Last year, CrossFit Tycoons won the affiliate award with the highest number of participants and we had 2 podium finishers 3rd scaled female division aya mohamed fouad & 3rd female teen division arwa aboelata.
Hopefully this year, We bring more competitors to the podium and defend our “Affiliate Award” title.

In Sports Marketing, there’s just so much to tap into. There’s the human drama aspect, the underdog fighting his way to the top, the professional athlete making tremendous sacrifices. For me, one of my personal favorite is the community aspect, people coming together to participate in something greater than themselves.
Above and beyond, the heart of what CrossFit Tycoons does best is storytelling.