Home Nutrition Water should be your companion 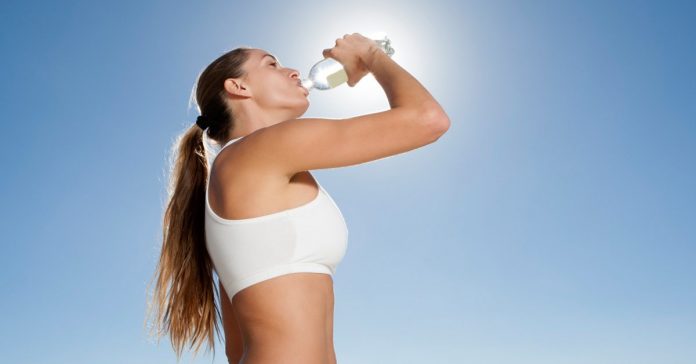 Water should be your companion

Before, During and After Exercise

If you are looking to be healthy, then you should respond to the demands of your body. Your body is so demanding when it comes to water and hydration. The general guidelines are to drink 500-600ml  of water 2 to 3 hours before exercising, another 250ml during your warm-up (or 20 to 30 minutes before exercising), 200-300ml to every 10 to 20 minutes during exercise, and 250ml of water within 30 minutes after exercising.

People who sweat a lot may need to drink more

Dehydration commonly has a role in stomach and abdominal pains that occur as a result of exercise due to the rate at which fluids are absorbed by the stomach and the volume of sweat produced during exercise. During exercise, the body can only absorb around 800 ml per hour; in comparison, heavy exercise can result in the production of close to 2 liters of sweat within that same time frame.

When they say “too much of anything is good for nothing” this can apply on pretty much everything except for drinking water. Drinking plenty of water is really good for your health and your body.

10 Suhoor Recipes to Prepare In 5 mins