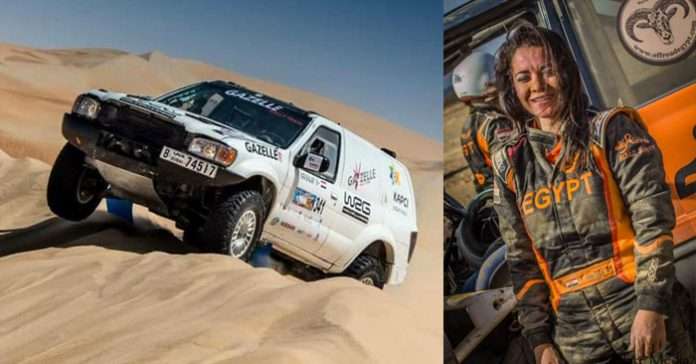 This story is about passion.. about pursuing dreams.

Yara Shalaby spent years in search of her passion, and despite how cliché that sounds, passion is what keeps us going forward in life. It is the enthusiasm that wakes you up with every sunrise to get ready and prepare for something mentally, physically, and emotionally with every bit of excitement. You spend your weekdays, weekends, holidays, and money (that you have, and don’t have) on. Yara never gave a second thought to anyone who ridiculed her dream because she had faith in it, but most importantly, in herself.

Passion gives you ambition, and determination to perform normal daily activities, to go to work, and to thrive and survive the hardships in life. Some people are lucky to have a job they’re passionate about, but that’s not Yara’s case

Yara is a software engineer ( actually a civil engineer, but that’s another story), she works in a bank, is mother to an 11 years old boy, and has been recently divorced (another story that she had to handle the societal comments and pressure on).

She knew her passion and hobby is a sport, but now.. which sport?!

As a child, Yara didn’t leave a sport unexplored! She tried karate, horseback riding, squash, basketball, swimming, tennis, archery, shooting, and even ping pong. Yara discovered her passion for Rally motorsport after taking a shot with the emerging sports such as kayaking, kitesurfing, hiking, paragliding and paramotor.

7 years and counting, Yara wakes up every dawn, takes her car ( Jeep 97’ which she paid for with her savings and loans), and heads to every desert, valley, and sand dune  in Egypt to practice and feel the joy of adrenaline.

The first step is never easy. Yara’s first rally in the desert was rather challenging, she got lost, and couldn’t find the finish line, or even trace the way back to the start. She was mocked for being a “female” in a sport unfamiliar with females, but she was also encouraged and motivated by others.. that’s what really counts.

And then we try again.

Yara joined a second and a third rally and she won 2nd place in Egypt in 2014. Rahhala Racing asked Yara to join their team, in one condition: she changes her Jeep car to a Toyota ( which she really hasn’t finished paying the installments for). She couldn’t refuse such an opportunity, and here, she (a banker) decided to take another loan!

Yara got her Toyota, joined the team, and learned a lot from them. In her first race as a team member however, her car flipped at the first 30 kms, but this fierce woman didn’t stop! She got back on track and won 6th place! She then joined the team in the 2014  PHARAONS RALLY, where she became the first Egyptian to participate and finish the race, ranking first place nationally.

In 2015, Yara decided to create her own Rally team ( GAZELLE RALLY TEAM), and was keen on having the majority of the team members females, starting from the co-pilot to the mechanic. Unfortunately, as the team was getting ready to get out there, the desert was becoming an unsafe place due to  terrorism, and rally locations were getting less and less, limiting race distance from 300-400 kms to 10kms.

Yara then thought she’d give motorbikes a go, and became the first Egyptian woman to participate in a motorcycle rally where she ranked 2nd in her group, and 7th in the whole race of 2015. That was the bright side, soon after that however she has gotten into an accident that needed a few operations and a 4 months wheelchair rest. Yara decided to stick with cars.

Yara started searching for rallies outside of Egypt. She started in the UAE with Emirates Motorplex, joining multiple rallies, ranking, and receiving support as a female racer. She has been searching for sponsors for her team, as the fees are somewhat insane. Her first two sponsors were her bank QNB Alahli Bank, and Nacita Auto Care. The sponsors were a big influence on her wining 1st place in Egypt in 2016.

She decided to ship and license her car in the UAE after a long process in 2017. As she was getting prepared to join the national race, she was shocked to figure out that her car is not approved! That called for a third loan, and a third car, her dream was much more valuable.. After buying her new car, Yara joined Dubai International Baja, Abu Dhabi Desert challenge, and Jordan Baja in 2018, with sponsoring from KAPCI COATINGS, and Avon Egypt. The sponsoring also helped her buy a new car in Egypt, to join a national race and rank 3rd !

Yara joined rallies in Morocco, Qatar, India, and Kenya, overcoming all difficulties, travelling, learning, winning and losing.. but definitely gaining experience. SHELL has seen and admired her journey and decided to sponsor her to join a rally in KSA, Aser Rally.

This is just the beginning

There’s definitely more for Yara, she dreams of joining world rally championships, and of creating her own rally school to share her skills, and experience and pass it on to every racer at heart! Her journey, and her inspiration is contagious. There’s no quitting to those with passion, only resting, and there will never be a smooth paved road to anything rewarding! Follow your passion, and dedicate your life to it.. It WILL definitely be worthwhile!